In this article, we will be highlighting the top ten richest men in Zamfara state. This list will show the most affluent individuals in the state, with their current net worth. However, Zamfara state is one of the northern states in Nigeria. It has a significant amount of solid mineral resources which boost the state’s economic status. From the numbers of people that originates from the state, let’s look at the most richest ones. 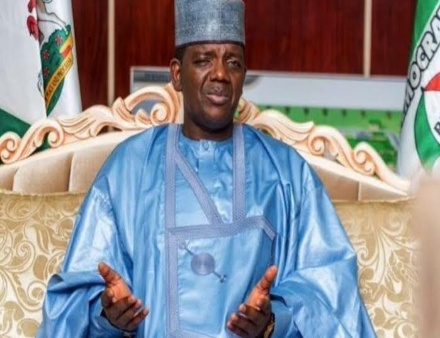 There are good numbers of wealthy individuals in Zamfara State. This article will enumerate them and highlight some of their details and current net worth. In no particular order, below are the top 10 richest people in Zamfara State:

Alhaji Abdul’aziz Abubakar Yari is a wealthy popular political figure in Zamfara State. Born in 1968, he is a Nigerian politician who once served as the Governor of Zamfara State. He left the office as the state Chief executive officer in 2019. Yari attended Kebbi Polytechnic and obtained a Graduate Diploma in Public Administration in 2008. He is a successful politician in the state, and is viewed as an affluent personality.

Engineer Kabir Garba Marafa is also one of the richest men in Zamfara state. Garba is a Nigerian politician and a former senate member who was elected into the senate and represented Zamfara Central.

Marafa is an alumni of Kaduna Polytechnic. He is a chemical engineer by profession, and he has worked with Kaduna Refinery, NNPC. Senator Kabir Garba Marafa was formerly the Commissioner for Water Resources in Zamfara State. Looking at Marafa wealth, he owns properties and houses in Gusau, Abuja and Kaduna.

Mansur Muhammad Dan Ali is one of the notable names in Zamfara state. He was born on December 25, 1959 in his hometown in the state. Dan Ali is a retired Nigerian Army Brigadier General and former Minister of Defence of Nigeria. His appointment as a minister was made by the then President Muhammadu Buhari in December 2015. The former is one of the most wealthy individuals in Zamfara state. With a good net worth that is worth in millions, he earns a position in this list.

General Aliyu Mohammed Gusau is a high ranking retired military general. The Nigerian general and statesman was born on December 18, 1943.  He has held several top positions in the national security, military and intelligence offices. His recent appointment was as the Minister of Defence , and has served as National Security Adviser to three presidents; Gusau was also the Chief of Army Staff and headed different intelligence agencies. Moreso, Aliyu Mohammed Gusau and was commander of the Nigerian Defence Academy.

Mukhtar Shehu Idris is another wealthy man from Zamfara state. He is also an administrator and a politician. He was elected as the Governor of Zamfara State in the 2019 gubernatorial election. The court later sacked him after few months. Idris is an indigene of Tudun Wada in Gusau Local Government Area of Zamfara State, and he was born on December 4, 1974 in his hometown. He had his primary education at Government College Sokoto and later proceeded to Bayero University Kano where he obtained a BSc in Economics in 1997.

Mukhtar first worked as an Assistant Supervisor with Chattered Bank Plc in Lagos. He later became an Admin Officer at Northco Holdings, and moved to Intercellular Nigeria Plc as an Assistant Manager. The politician worked for Flamingo Resource Ltd Kano as the managing director.

Bello Muhammad Matawalle is one of the notable political figures in Zamfara state. Born on December 12, 1969, he is an indigene of the state. Matawalle is the current Governor of Zamfara State. He was a Member of the House of Representatives of Nigeria where he represented Bakura/Maradun. He was also Zamfara State Commissioner for Local Government and Chieftaincy Affairs and he occupied the position from 29 December 1999 – 29 December 2003.

The list of the top ten richest men in Zamfara state also includes Mahmud Shinkafi. He is a Nigerian politician who was the governor of Zamfara State. He occupied the position as the state’s chief executive officer from 2007 to 2011 and had been the Deputy Governor from 1999 to 2007. Shinkafi is viewed as one of the most affluent individuals in Zamfara state. The political figure has a good net worth that is believed to worth in millions.

Sani Abdullahi Shinkafi is one of the standout politician in Zamfara state. He is the current honorary special adviser on inter-governmental affairs to the governor of Zamfara State, Bello Matawalle. The former governorship aspirant is an accountant by profession. Taking a peek at Shinkafi career, he started by working with the government of Sokoto State as an accountant.

His work was in training with the ministry of agriculture and national resources in the state. Shinkafi was promoted to internal auditor ii after which he was transferred to Sokoto State construction company where he worked as acting deputy director, internal audit. The young politician is viewed as one of the richest men in Zamfara state. With a good net worth, he earn a place in this rundown.

Zamfara former governor, Ahmed Rufai Sani Yerima still makes the list of one of the most richest men in the state. He is a strong politician in the state and has been the Governor of Zamfara State, from December 1999 to December 2007. He also represents Zamfara West senatorial district and the Deputy Minority Leader in the Senate. Ahmed Yerima was born on the 22nd of December, 1960 in Anka town, located in Zamfara State.

ALSO READ:  Sandra Ikeji Biography: Things You Did Not Know About Her

He attended Sokoto College of Arts and Science in 1978 and completed a matriculation course. He proceeded to Bayero University, Kano and obtained a B.Sc in Economics in 1982. In 1987, He later returned to study for masters degree in Bayero University in 1987 and achieved in economics.

The current minister of humanitarian affairs, disaster management and social development, Sadiya Umar Farouk is one of the notable names in Zamfara politics. She was born on the 5th of December, 1974, and is a politician and a minister. She attended FGGC, Gusau, and subsequently obtained a degree at Ahmadu Bello University, Zaria.

Those are the popular richest individuals from Zamfara state. On the off chance that you have been looking for information on the richest men in Zamfara, then this write-up is helpful as it covered the top ten of them.