Find below, the top 10 richest men in Taraba state today. Some are politicians while others are wealthy business men that are billionaires. 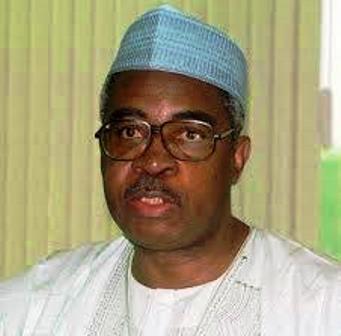 Taraba state was created on 27th of February 1991 during Ibrahim Babangida military regime. It is located at the central region of Nigeria with over 4 million citizens. Taraba is also known for its beautiful natural features present in the state such as the Mambila plateau and numerous rivers.

This wealthy state is known for its agricultural prowess which made its importance to the country long-lasting as it helps in the production of food to other northern States in Nigeria.

Taraba also has wealthy business men who are rich and are billionaires. They have been listed by Forbes to be among the richest in the country. Their assets, investments and businesses are numerous to document.

Born on the 9th of February 1938 in Takum local government area of Taraba state, Theophilus Danjuma is the richest man in Taraba state. He is popularly called TY.

He was the chief of army staff from 1975 to 1979 during Obasanjo’s military reign as president. Apart from being the richest man, he never hesitates to give out to the poor.

He’s a veteran politician who had come, seen and conquer when it comes to Nigeria politics. He’s currently the richest politician in Taraba state with a net worth of $5 billion

Another wealthy business man from Taraba is Dalhatu who was born in the southern part of the state. He had his tertiary education at the prestigious University of Ibadan where he graduated with a degree in land resources development course.

After graduating from University in the year 1999, he delved into politics, which turned out to be a very successful decision as he was elected as a senator representing Taraba South Central at the National assembly(house of Senate).

He became a geography lecturer at Bayero University, kano state which lasted for 16 years.Though his net worth isn’t publicly known, it’s approximated to be $3.2 Billion

Yusuf was born on the 2nd of February 1956 in Nguroje, Taraba state. He’s another rich politician from Taraba on the list whose level of wealth has no equal in Taraba state.

He attended Ahmadu Bello University where he obtained BSc economics in 1980. He became one of little Taraba state indigenes who had their education in a foreign country in 1983 after graduating from the University of East Anglia with a master degree in Economics.

Born in 1951, he attended Ahmadu Bello University, Zaria where he studied engineering and business administration. He became Taraba state commissioner of Commerce in 1996.

He had to deal with the corruption allegation leveled against him in 2005. His net worth is about $1.5 billion.

After rendering his service to Taraba state government as the secretary from 1994-1997, Abdulahi contested in a senatorial election in 1999 aiming to represent Taraba northern senatorial district at the national assembly.

After all gubernatorial procceses had been concluded, INEC declared Abdulahi Bala Adamu as the winner of the election thereby making him one of the senators representing Taraba state in the senate house of representative.

He was sworn into office on the 29th of February 1999, where he reigned as a senator for four(4) years as he was defeated by PDP candidate during 2003 senatorial election. His financial status is one area that makes him a prominent citizen of Taraba state, he can boast of having a net worth of 500 million Naira

He had his tertiary education at Ahmadu Bello University where he obtained his master’s degree in Achitecture.

He began his political career as minister for Niger Delta affairs during President Goodluck Jonathan’s regime in 2011. He became Taraba state governor in 2015 but had to wait till 2016 before he could be inaugurated due to court case filed by APC candidate. His net worth is about #400 million.

Apart from being a governor and wealthy, he is also an architect, an urban planner and a role model.

Just as other people on the list, ABUBARKAR UMAR TUTARE was once a commissioner of finance and Commerce; he was also the secretary to the state government in 2005.

He’s known for his philanthropist act and generosity across the state. His financial worth is valued at #300 million

Born in 1958, he was Taraba state commissioner of health before becoming a Nigerian ambassador to Israel. His net worth is about #300 million.

Another wealthy business man and politician is Emmanuel Bwacha, born in Donga local government area of Taraba state, he had his tertiary education at the University of Calabar in 1967.

He became commissioner of agriculture between 1999 and 2003.

Just as others on this list, Emmanuel was elected as a senator to the house of Representatives from Donga /Ussa /Takum constituency in February 2003, he left the position after four years.

Born on the 4th of February 1954 in Taraba state, Tako is another richest man in Taraba that is very hard working. His impact was felt during his time as the director of primary health care in Bali, Southern part of the state.

Tahiru Bako became a senator at the house of Representatives in 1999 as a PDP candidate, he represents Taraba central constituency.

During his first spell as a senator, Tako impacted into lives, rendering selfless service to the people of his constituency.

He was re-elected as a senator during 2007 senatorial election into the house of Senate. He’s a man of honour whose wealth is useful to all his neighbor as he regularly give out to people who are in need. He is included in the list base on his financial status and his philanthropic attitude.