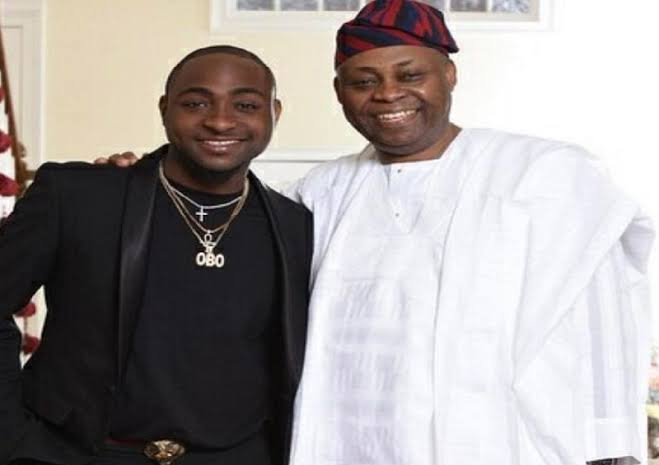 Osun is among the Yoruba states in the south western geo-political zone of the country. It is popularly known for its location as the ancestral and historical town, Ile Ife where Yoruba started. Osun state also houses one of the best universities in Nigeria, Obafemi Awolowo University, Ile Ife.

There are many other things to discover in this state, but we would look into the richest individuals in Osun state and their net worth. These most affluent men in Osun state cut across various different backgrounds going from business to industry, government personels and religious heads, and so forth.

Here are the wealthiest individuals in Osun state today and their net worth this 2022:

Adedeji Adeleke is the current richest man in Osun state and one of Nigeria’s billionaires listed on Forbes’. He is a successful business tycoon who has made a lot of wealth to be classified as the wealthiest man in Osun State. Adeleke, often called Deji Adeleke is a renown business tycoon, business head honcho, founder of Adeleke University, one of the notable private universities in the country. The eminent Osun state was born into his hometown and he is an extremely rich person in the area.

Enoch Adeboye is the second richest man in Osun state and top and influencial Nigerian pastor who is also one of the most wealthy individuals in the state. The man of God is the founder of a top Christian denomination, Redeemed Christian Church of God. The church is one of the largest christian group in the whole of West Africa. Pastor EA Adeboye additionally owns top establishments like universities, high schools and others. These all contributes to his wealth.

Ademola Adeleke is a brother to Osun’s Richest man Deji Adeleke. Being from a rich family, the Osun state native finance manager, businessman and senator likewise made the rundown of top ten most richest men in the state.

The one time senator is a very popular figure in the Yoruba state. He is a previous senator and also former Osun state governorship candidate under the People’s Democratic Party (PDP). On the whole, Sen. Ademola Adeleke is actually one of the most well-to-do men in Osun state. He has a significant net worth to show his position in the list.

Professor Olusola Adeyeye is positioned as one of the extremely rich individuals from Osun State. He is a university professor and a senator who represented Osun senatorial district in the national assembly. The educational expert is as one of the richest men in his state. Having a good net worth of $80 million, there is no doubt that the professor, businessman and political figure wouldn’t make this list.

Nigeria’s first class king, Oba Enitan Ogunwusi is among the richest men in Osun state. This popular traditional ruler, Ooni Adeyeye Enitan Ogunwusi is the Ooni of Ife. He is one of the most richest ruler in Nigeria and the by virtue of this the most extravagant man in his kingdom.

He is one of the top of the line traditional rulers in the country. Ooni Ogunwusi is a top business visionary before his crowning as the king of Ife kingdom.

Another religious leader on the list is Pastor William Kumuyi. He is one of Nigeria’s great men of God. He hails from Osun state and is additionally on the rundown of the richest men in Osun state this 2022.

The pastor is the founder and general overseer of Deeper Life Bible Church, a prestigious Christian denomination in Nigeria. On the whole, William Kumuyi is viewed as rich and influencial in Osun state. He has a good net worth of $50 million to earn this rank.

Iyiola Omisore is a Nigerian businessman and a renown politician. Being from Ife town in the state, he is one of Osun state richest men. Omisore is the director and Chief Executive Officer of Chrisore Engineering PLC. The notable political figure is known for challenging for Osun state governorship position. Omisore has also stayed put in Osun state governmental issues.

Femi Fani Kayode prominently known as FFK is a famous and outspoken political figure from Osun state. He is likewise a legal practitioner and government official. He was previous minister of aviation and campaign DG of the former Nigerian president Goodluck Jonathan in  2015 Nigerian general election.

On the whole, Femi Fani Kayode is likewise appraised and listed among the top ten most richest individuals in Osun state with a net worth of $40 million.

Being an influencial politician, Adebisi Akande was the former executive officer of Osun state and a close associate to the APC leader, Bola Ahmed Tinubu. The political figure is exceptionally regarded in Osun state and he is also involved in the country’s governmental issues, both in his state and in the country as a whole.

On the whole, Akande is one of the top ten most richest people who hails from Osun state with a net worth of $35 million.

David Adedeji Adeleke, popularly known by his stage name, Davido is one of the most richest personalities in Osun state. Certainly, the list won’t be completed without the mention of the top Nigerian afrobeat artist. Davido is also the richest musician in Nigeria this 2022.

His wealth is greatly influenced by his background, of which the musician comes from the richest family in the state – Adeleke family. Interestingly, he made the list close by his father, Adedeji Adeleke. Additionally, Davido is the most richest person under 30 from Osun state.

Other Rich Persons in Osun State

Looking at the list of various successful and top rich men in Osun state, we have seen that their source of wealth is very vast. Some of these personalities are religious heads, entrepreneurs, businessmen, industrialist, and government personels. These rich men in Osun state are outstanding in their various areas and some of them impact many decisions in government.