The very wealthy men from Ogun state are mostly billionaires especially when you check their financial worth. Most of them have been ranked by Forbes’ to be among the richest men in Nigeria. The investments, assets, cars, mansions, shares, etc of these Ogun state billionaires run into millions of dollars which when compared to some states, show a stack difference. While some names of richest men in Ogun state are politicians, others are real business men and entrepreneurs. 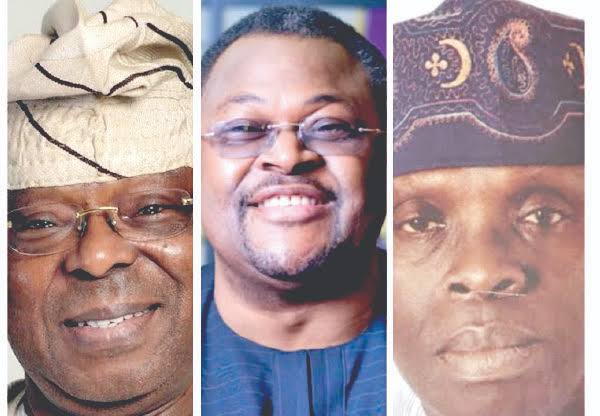 Moreover, Ogun state has a lot of wealth in both natural and human resources. There are various wealthy Ogun state indigenes that have accomplished greatness in their fields of engagement and have made fortune out of their businesses and profession. These are the richest men that are from Ogun State. Here, we will list the top 10 richest men in Ogun state by highlighting their details and current net worth this 2020.

The following are the most richest people from Ogun state based on their assets, investments and their net worth:

Mike Adenuga is unarguably the richest man in Ijebu, Ogun state and also Nigeria’s second wealthiest man who is frequently listed among the billionaire business men by Forbes. He has lots of investments and he is a businessman who owns the largest indigenous telecommunication company in Nigeria, GLOBACOM.

The Nigerian business tycoon is an indigene of Ogun state, and was born in Oyo State, but a native of Ijebu-Igbo in his home state. The billionaire studied business administration in Pace University, New York, United States of America. Currently, he is the third most richest man in Africa with total assets of $5.7 billion. He likewise possesses one of the largest downstream oil and gas company in the country, CONOIL.

Olusegun Adebutu is another wealthy individual from Ogun state worth over $900 million. He is an alumni of the presigious University of Ibadan, where he studied Economics. He is an entrepreneur, business tycoon and an industrialist with interests in entertainment, shipping, agribusiness, oil and gas, transportation and real estate. His oil company, Petrolex oil and gas is building the second largest petroleum refinery in sub Sahara Africa.

The billionaire’s father, Kesington Adebukunola Adebutu is the originator and director of Premier Lotto Nigeria Limited prominently known as “Baba Ijebu”.  He one of the richest men in Ogun state today. He has various expensive cars, houses, landed properties and investments both home and abroad.

Olasubomi Balogun is among the richest men in Ogun state with a net worth estimated at $700 million. The eminent Ogun business tycoon and philanthropist is the founder of FCMB is also in list as one of Nigerian billionaires. He hails from Ijebu Ode and was born into a Muslim family yet he become a Christian. He is an alumni of law from Landon School of Economics.

Otunba Balogun is a notable traditional chief in Ogun state and is regarded as one of the most influential figures in the state. The Olori-Omoba of Ijebu and Asiwaju of Ijebu Christians are just a few titles that was bestowed upon him. It is said that he owns various Rolls-Royce vehicles in his garage and doesn’t publicize his expensive lifestyle.

Afolabi Adeola is another Nigerian billionaire from Ogun state, listed among the top 10 richest Yoruba men in Nigeria. This business investor is among the founders of Guaranty Trust Bank (GTB), one of the best commercial banks in Nigeria. He has since resigned from the bank and has other investments. He has served as chairman for many top companies like UTC, ARM, Lotus Capital, Eterna Oil, Credit Registry Services, etc.

He is the current chairman, One Main Cable Company Limited. The business mogul is a refined entreprenuer and is affluent. He is viewed as one of most richest business men in Ogun state.  Adeola foundation, FATE was established in 2000. This foundation has hlped remove Nigerians out of poverty. Afolabi Adeola, wes given the OON honors by former president Olusegun Obasanjo

Oba Otudeko is a popular rich Nigerian businessman from Ogun state who is certainly viewed as one of the second richest man in Ijebu. Oba Otudeko is the founder and director of Honeywell group. He was the previous Director to the Board of the Central Bank of Nigeria. He worked in financial industry for a very long time prior to moving completely into business. Otudeko is one of the many business tycoons from Ogun State, with his net worth estimated at $500 million.

This is another extremely rich person from Ogun State. Kensington Adebutu is a local of Iperu-remo in Ogun state. He is the father of Olusegun Adebutu who also made this list of the most richest individuals in Ogun state.

Kensington Adebutu is the owner and CEO of Premier Lotto Nigeria Limited, famously known as Baba Ijebu, a betting company. This company is worth $1 billion in stocks and is listed at the Nigerian stock exchange.

Amosun is a former governor and a popular lawmaker from Ogun state. The political figure is in list as one of the most richest politicians from Ogun state. He was the previous chief executive of the state under the APC and at present a serving senator representing Ogun Central senatorial district.

By profession, Ibikunle Amosun is an accountant and as well a legislator. We agree to the fact that while he made money from other of his investments, politics made him even richer. This made him to be exceptionally viewed as one of Ogun’s rich personalities.

Sulaiman Adegunwa was also listed among the top 50 Nigerian billionaires according to Forbes due to his stride in business. He is among the richest men from Ijebu and the founder and CEO of Eassy Holding Limited. His story on how he became wealthy is a must read for anyone who inspires to do same. He was also a previous director of Sterling bank.

Aside being one of the most successful business people from Ogun state, he owns several companies especially in the real estate sector. Alhaji (Dr.) Sulaiman Adebola Adegunwa began his career as a photographer and today, he is a major stake holder in the photography industry. He is also a philanthropist and lives a simple life. Sulaiman Adebola Adegunwa net worth is estimated to be at $400 million.

Olusegun Obasanjo still makes our list of the wealthiest men from Ogun state. The former Nigeria president is an influential figure in the state and country at large and is one of most notable personalities in the southwest region of the country. He was additionally Nigeria former military head of state and a senior states man in the country.

Obasanjo is a full time farmer and claims perhaps the greatest homestead and farm in Nigeria, Otta Farm situated in his hometown in Abeokuta the Ogun state capital. Obasanjo net worth is estimated to be $350 million this 2023. Although this figure is up for debate.

Prior to his entry to Ogun government house, he was the Managing Director, Heyden Petroleum. He is additionally the founder of First Power Limited.

The above are the top ten richest men in Ogun state this 2023 and their various net worth. We rated them according the value of their assets and investments. While there are other wealthy individuals, these ones stand out as some of them are dully listed on Forbes’.