Are there billionaires in Enugu state? Which business men in Enugu have money like Alhaji Aliko Dangote? These questions and more resonates when trying to find out the richest business men in Enugu state. Aside the fact that this Igbo speaking state is located in the south-eastern region of Nigeria, Enugu has good number of wealthy notable personalities who have great financial worth and are well respected in society. 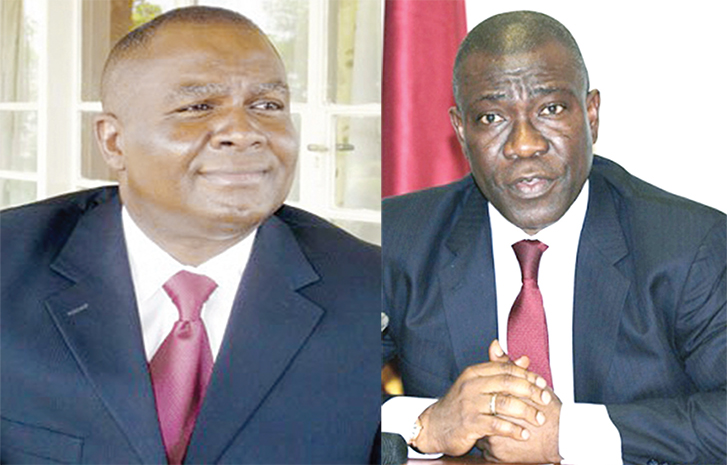 The state has a good environment for business and other remunerative venture. This is reflected in the number of rich people that are in the region. Enugu state is also the major coal producing state in the country, and this has generated a lot of revenue to the government, with the individuals also inclusive. From all these, it’s crystal clear that there are many rich people in the coal city state. This article provides the top ten richest men in Enugu state, and their current net worth this 2023.

Enugu is among the most peaceful states in Nigeria, having various mineral resources that has helped boost the economic value and development of the state. In terms of politics, the state has politicians who are prominent in the country at large and is also among the state that is business friendly in the country.

Enugu state has a great number of rich men and women who are successful in their different engagements. A portion of these extremely rich individuals from the state are top legislators, top business people and Chief executives. Let’s take a gander at these rich men in from Enugu state.

The following is the rundown of richest business men from Enugu state this 2023:

Senator Ike Ekweremadu is the current richest man in Enugu state with a net worth estimated at $100 million and the most prominent politician that hails from the state. This influential legislator is one of the few persons to have occupied top positions in the country as the former deputy senate president of the national assembly.

Consistency has been his success as the top Nigerian politician has been in the Nigerian senate since return of democracy in 2003. Ike Ekweremadu is a lawyer and also an entrepreneur who has been well doing in his business. The prolific political figure was born on February 12, 1962 in his hometown in Enugu state. The senator is popularly called Ikeoha and is estimated to worth over $100 Million.

Fidelis Okoro is also another wealthy man from Enugu state. This is another top politician and successful businessman. Fidelis is a former senator and one of the founding father’s of top Nigerian political party, PDP.

Another rich politician in the list is Senator Ayogu Eze. He is also one of the most richest men in Enugu state. The former senate member was a former senator and minister. He was a former gubernatorial candidate of Nigeria ruling party APC in the just concluded Enugu 2019 governorship elections.

Looking at Auogu Eze profession, he was a former journalist before moving into politics. He is one of the wealthiest men in Enugu state, having an estimated net worth of $70 million. He has various exotic cars, landed properties and numerous businesses.

Chief William Agbo is a philanthropist, business man and the chairman of Wilson Group. This company are the makers of edible oil and other products in the state. He is also among the richest business men from Enugu state and hails from Nsukka.

Chief William Agbo net worth is estimated to be $60 million when you calculate all his assets, cars and investments in the country.

Being lucrative in the transport industry, Chief Onyeishi is also into courier services, and with all these, he is indeed one of the most successful entrepreneurs that emanated from Igbo land. His net worth is estimated to be $50 million.

Chimaroke Nnamani was former governor of Enugu state, and is in the top echelons of list of wealthy individuals in the state. It is believed that the former governor made wealth as a public office holder. Although he is a medical doctor, he also ventured into politics and is represents the good people of Enugu east.

He is highly respected and regarded in Enugu State though. Putting his assets and investments together, Chimaroke Nnamani net worth is estimated to be at $45 million.

The former Nigeria senate president and founding member of major opposition party in Nigeria, PDP, is one of Enugu’s richest politicians. Senator Ken Nnamani is a top politician in the south eastern geo-political zone of the country. His net worth is estimated at $40 million.

The former governor of the state is one of the most successful men from Enugu who made a name for himself during his time in office. He is also a lawyer and has occupied various political positions aside being the governor.

Under his administration, physical infrastructure, health services, education and security were his priority. Sullivan Chime net worth is estimated at $30 million including his assets, finances and other investments.

Also on the list of the top ten richest entrepreneurs from Enugu state is Festus Oshaba. He is the CEO of Ferotex Construction Company, and is not left out of the list.

There are other richest men from Enugu state that couldn’t make this list of the top ten. They include the following:

We highlighted the net worth of these rich individuals in Enugu state as a motivation for youths and young entrepreneurs to be devoted in mission for progress and monetary development. It is on this motive that this article outlined the most richest businessmen from Enugu state, Nigeria. This list incorporate all the notable affluent individuals that are from the coal city state.