Within the various local government areas in Ekiti state are various rich business men and women. These individuals are popular not only within the state but in the country as a whole. From entrepreneurs, politicians, lawyers, doctors, journalists, etc. The richest men in Ekiti state isn’t limited to a particular field. The source of wealth of some of these men are not totally known but we know they have enough assets, businesses and financial worth that make the names of these Ekiti state billionaires worth mentioning. 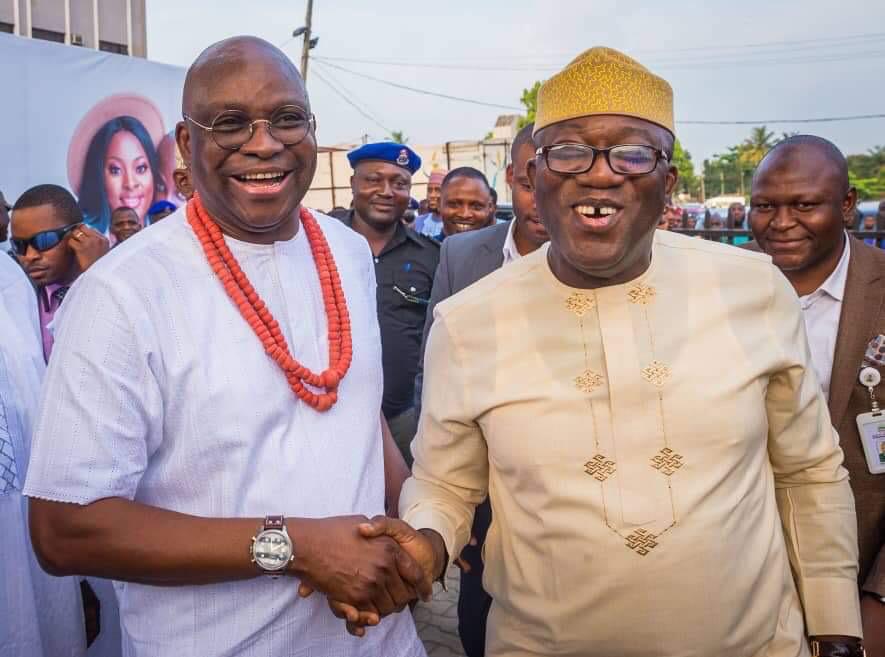 In this post, we will provide the top 10 richest individuals that are from Ekiti state. From there, the list will likewise indicate their estimated net worth to reflect how they rank in the echelon of the wealthiest people in Ekiti State this 2022.

There are good numbers of rich people in Ekiti State, but let’s take a gander at the ones that are viewed as the most richest. Below is the rundown of the top ten richest men in Ekiti State and their net worth this 2022:

Afe Babalola still remains the richest man in Ekiti state and one of Nigeria’s richest lawyers with a net worth estimated at $680 million this 2022. He is a respected attorney, senior advocate, bestowed with the CON, OFR, SAN honours. He is also a farmer, educationist, and the founder of Afe Babalola University.

The influential lawyer was born on the 30th of May, 1929 in Ekiti State South Western Nigeria. He is a prolific Nigerian Lawyer and a notable wealthy figure in Ekiti state. While much isn’t known about his fortunes, we know that he owns one of the best highest paying law firms in Nigeria and various other landed properties and investments. This makes Afe Babalola to be regarded as one of the few billionaire richest men in Ekiti state this 2022.

Babalola attended Emmanuel Primary School, Ado Ekiti, and  later proceeded to Wolsey Hall, Oxford to obtain a Senior Cambridge School Certificate examination by private study. He later got an A’Level certificate from London University before he continued to London School of Economics where he obtained a bachelor’s degree in Economics. The lawyer worked briefly at the Central Bank of Nigeria on completion of his first degree program. He later left to the University of London where he obtained a bachelor’s degree in Law.

John Olukayode Fayemi is also one Ekiti state richest men with an estimated net worth of $300 million. He is a prominent political figure who is currently the Governor of Ekiti State, and was in office since 16th May 2018. The state’s chief executive initially served in the office between 2010 and 2014, before being ousted by Ayodele Fayose.

While much can’t be found about assets owned by Kayode Fayemi, we know that he is a wealthy business man and has various landed properties around the country to his name. he also has luxurious cars befitting of his status as one of Ekiti’s richest men.

Kayode Fayemi is a native of Isan-Ekiti in Oye Local Government of Ekiti State. He attended Christ’s School in the state’s capital from 1975 to 1980. He later obtained degrees in History, Politics and International Relations from the University of Lagos and Obafemi Awolowo University.

Peter Ayodele Fayose was ranked among the wealthy Nigerian governors during his time in office. He was already a rich business man before he entered office but was more richer while in office (allegedly). Today, he the former governor is seen as a prolific Nigerian politician and his political party is PDP.

The outspoken political figure grew up in Oyo State where he attended Olivet Baptist High School, Oyo. Fayose was admitted to study an HND programme in Biological Sciences/Applied Medical/Biology by The Polytechnic, Ibadan and he subsequently graduated in 1987.

Ayo Fayose has other businesses outside politics, owns landed properties, assets, and he as well has an estimated net worth of $295 million to be one of the richest men in Ekiti state this 2022.

Popularly known as Segun Oni, he is a former Governor of Ekiti State between May 29, 2007 and May 14, 2010. The notable political figure is currently a member of the ruling party, All Progressive Congress (APC). He is an active member and currently holds the position of Deputy National Chairman South.

Looking at his profession, Segun Oni is an engineer. He became corporate member, Nigerian Society of Engineers in 1987. In the following year, he became a COREN registered Engineer. Furthermore, Oni was a top officer in the Lagos State Chapter of the Nigerian Society of Chemical Engineers (1986–1988), of which he was the treasurer.

Femi Falana is a respected wealthy Nigerian lawyer born on the 20th of May, 1958. Femi Falana, SAN is an outspoken Nigerian lawyer and human rights activist and one of the richest men in Ekiti state. He obtained a degree at the University of Ife now Obafemi Awolowo University Ile Ife, Osun State.

The legal professional is a practicing lawyer, and he is a Principal Partner at Falana&Falana Chambers. He once contested and lost the governorship election of Ekiti State in 2007 on the platform of the National Conscience Party.

Femi Falana is the father of Folarin Falana (Falz), a popular Nigerian rapper, singer, online comedian and actor. Falana Snr. is as well a husband to Nigerian women’s rights activist Funmi Falana and his net worth is estimated at $80 million.

Odunlade Adekola is also one of the richest men in Ekiti state worth and equally one of the most influential Yoruba actors in the country. Adekola was born on 31 May 1978 in the neighboring state.

Folarin Falana also known as Falz is another wealthy man from Ekiti state worth over $45 million. He is a popular Nigerian human right lawyer, fastest rising comic actor, rapper, singer, songwriter, recording artiste, stage performer and a philanthropist. Folarin Falana is one of the most affluent individuals in Ekiti state.

The musician is popularly known by his stage name Falz or Falz the bahd guy. Falana Jnr is an indigene of Ekiti State and was born to renowned lawyers and human right activists Funmi and Femi Falana.

The prolific musical artist has a net worth of $45 million dollars. Additionally, he currently owns Bahd Guys Records, which is an independent record label.

Yinka Ayefele, MON, is another affluent celebrity from Ekiti state. The notable Nigerian music producer and gospel singer started shooting music videos from 1999 till now. Ayefele was born in Ipoti-Ekiti, a city in Ekiti state.

On Ayefele education, he first attended Our Saviours Anglican Primary School in Ipoti-Ekiti for his primary and secondary education. Later, the musical artist proceeded to Ondo State College of Arts and Science in Ikare Akoko, Ondo State.

Yinka Ayefele net worth is estimated to be $20 million dollars. This makes him to be one of the top most richest men from Ekiti state.

Abiodun Christine Olujimi is also a notable political figure in Ekiti state. Born on the 25th of May, 1958, she is a Nigerian politician and a senator representing Ekiti South constituency. Christine is likewise the minority leader of the Nigerian Senate. The prolific politician was a board member of Nigerian Communications Commission.

Olujimi’s education started in Our Lady of Apostles in Ibadan, Oyo State after which she proceeded to Nigerian Institute of Journalism to obtain a Diploma in 1976. Moreover, Abiodun Olujimi holds degrees in Political Science and a Postgraduate degree in Public Relations and Marketing from the University of Abuja.

Richard Olufemi Bamisile is a popular politician in Ekiti state, widely known as BAFEM. The notable political figure was born on May 27, 1965 in his hometown. He is a Nigerian politician and current represents Ekiti South II Constituency in the Federal House of Representatives.

The influential politician is also a former Speaker of the Ekiti State House of Assembly (Third Parliament). On the whole, Richard Bamisile has an estimated net worth of $10 million to reflect his position as one of the richest men in Ekiti state.

Other Richest People in Ekiti State

The list of other who couldn’t make the initial rundown includes the following:

There are many rich people in Ekiti state that has significant wealth. A look at the rundown of the top ten richest men in the state, politicians are the most occurring personalities. Other notable affluent individuals from the state also made this list.