Cross River state have some popular wealthy individuals who have made strides in their various fields. These people, mostly celebrities from Cross River state and politicians, made thier wealth through investments in various assets, endorsement deals, property acquisition, etc. Also we have provided their estimated net worth for these rich individuals and information about them. 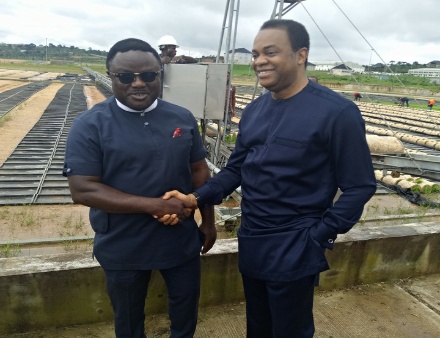 Cross River state is widely known for its tourist activities and attraction sites. Situated in the southern part of the country, they are one of the highest revenue generating states with respect to tourism. Aside this, the state has good number of rich men who has positioned the state through their successful engagements. These include top personalities like businessmen, politicians, celebrities, and educators.

In this write-up, we will take a look at top 10 richest people in Cross River state and their net worth this 2022.

The following is the rundown of the most wealthy individuals from Cross River state this 2022:

Donald Duke is the current richest man in Cross River state with an estimated net worth of $40 million. Born on the 30th of November, 1961, he was elected as the first civilian governor of Cross River state. Duke obtained a law degree from Ahmadu Bello College, Zaria. He went further to get his L.L.M from the University of Pennsylvania.

Donald Duke is best known for his immense commitment to the development of tourism industry in Cross River state. The former Cross River governor has a good net worth to be viewed as one of the richest people in the state.

Walter Samuel Nkanu Onnoghen, GCON is another rich personality from Cross River state. He is a prolific Justice and legal practitioner and Nigeria’s former chief justice. He was born on the 22nd of November, 1950.  The former Chief Justice of Nigeria, before joining the Supreme Court, he was the judge in Cross River and Chief Justice of the Court of Appeal. Onnoghen graduated from University of Ghana at Legon, Ghana in 1977 and from the Nigerian Law School in Lagos in 1978.

Looking at Onnoghen profession, he was the Chief Justice of the Federation. Prior to his appointment, he worked for numerous other top legal firms. Justice Walter Onnoghen is one of the most richest individuals from Cross River state. He is estimated to worth over $20 million. Though the information on his current net worth is limited. The former chief justice also owns a lot of properties worth millions in foreign countries also.

Senator Florence Ita-Giwa is the richest woman in Cross River state with an estimated net worth of $15 million. She was born on the 19th of November, 1946 in Atabong, Bakassi L.G.A in Cross River state. The prolific politician had her tertiary education at Kilburn Polytechnic in London, United Kingdom.

Florence Ita-Giwa was the wife of late Dele-Giwa, who was the founder of News watch newspaper. The popular Cross River political figure joined politics in 1992 under the platform of the NRC party. Looking at how rich Senator Ita-Giwa is, she is the co-owner of an oil block that has earns her about $1 million monthly.

Prof. Ayade is one of the richest politicians in Cross River state worth an estimated $15 million. He is the chief executive officer of Cross River state. Born on the 2nd of November, 1969, he had his university degree sequentially in the following schools: University of Ibadan, Ambrose Alli University and Delta state university. After obtaining degree in the university, he proceeded to a job as a lecturer.

Ben Ayade is at a young age, and one of  the most youngest governors in the country. He is also a business man and is seen as one of the state’s most richest men.

Kate-Henshaw Nuttal is another influencial entertainer and the richest celebrity from Cross River worth over $12 million. She was born on November 19, 1971 and is a veteran Nollywood actress. The promising actress had her primary and secondary education in Lagos and Calabar separately. She studied medical microbiology at the School of medical science, Lagos state university.

Aside from her acting career in films, she has additionally guided a few movies as well and runs a great deal of different engagements as well. Presently, Kate Henshaw is one of the most important entertainer in Nollywood, and she has a net worth of $12 million duento her investments and endorsement deals.

Popular Nigerian actress, Shan George is one of the most influential female entertainer in the country. Born on the 21st of November, 1970, she is a native of Ediba, a town in Abi local government area in Cross River state. She studied Mass Communication at University of Lagos and proceeded to start her movie career in her last schooling year.

The actress is a popular name in the industry, and she started her profession as far back as 1996. She is additionally a film director and an artist. Shan George is at present one of the richest and influential entertainer in Nigeria, with an estimated net worth of $5 million.

Nella-Andem Ewa SAN is an influencial legal practitioner from Cross River state.  She went to Holy Child school, Lagos and also attended Cornelia Connelly school, Uyo. She obtained a law degree from the University of Lagos and went further to get a Law degree from University of Calabar. She was likewise the Attorney-General and Commissioner Justice of the state during the first term of Governor Donald Duke. Nella-Andem Ewa has a good net worth that is in millions.

Victor Ndoma Egba is a former senator and a prominent politician in Cross River State. He was born on the 8th of November, 1956. The former senate member hails from Ikom area of Cross River state.

He is a lawyer by profession, and obtained the degree from the University of Lagos. He was called to the Nigerian Bar in 1978. In 2003, Victor Ndoma-Egba started his senatorial career as he represent Cross River central senatorial district and has held the post for as long as three terms.

Currently, Nicholas Damachi works as a Permanent Secretary in the Nigerian Ministry of Defense. The professional engineer is also one of the richest men in Cross River State also.

Iyanya Onoyum Mbok is a prominent musical artiste and entertainer and one of the richest celebrities from Cross River state worth $2 million. The story of his career started in 2008, when he acquired noticeable fame as he won the initial release of the MTN Project Fame.

Looking at his affluency, the Cross River musician is the co-owner of Made Men music, which has artistes like Tekno, Baci, Emma Nyra and Selebobo under the record label. He won the headies for best artiste in the year 2013.

These are some of the richest people in Cross River state. We additionally included their alleged net worth so as to show how they are wealthy.