Richest Hausa Men in Nigeria and Net Worth

This post is on the list of richest and wealthiest Hausa/Fulani men in Nigeria/Africa and their current net worth. These personalities have over the years built business empires that even contribute to the growth of Nigeria and Africa at large. 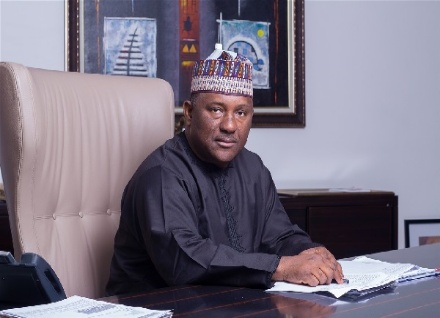 For record purposes, we also wrote on the richest Igbo man in Nigeria and even went as far as listing the top 10 to that regard. To really know who are the richest Hausa men in Nigeria currently, we researched on their various businesses and assets from different authority sites and came up with our top 6 list of Hausa men who are wealthy in Nigeria.

The Hausa/Fulani is the leading most populous ethnic group in Nigeria. This group make up most of the northern part of the country. There are good numbers of rich men of the Hausa/Fulani tribe. These individuals include business tycoons, industrialists, company heads, and others in the diversified industry.

Aliko Dangote, Atiku Abubakar and Abdulsamad Rabiu are few of the notable names in the list. This article will highlight the top ten richest Hausa/Fulani men and their current net worth. The comprehensive rundown will help you to know the wealthy individuals in Northern Nigeria.

Below are the list of 6 Richest Hausa Business Men in Nigeria based on our research:

Umaru is one of the richest hausa business men in the country. He was former Chairman First Bank Plc. He is the head of Mutallab Group, another conglomerate in the country.

Sayyu Dantata is the current director of Engineering and transport of the Dangote Group. He owns one of the largest conglomerates in the country and he is the CEO and founder of MRS Holdings Ltd.

Mohammed Indimi is the founder and chairman of Oriental Energy Resources, Limited. This company has interest in the oil sector, especially in the Nigerian Upstream Oil and Gas sector. Mohammed Indimi founded his company in 1990 and has expanded the company’s portfolio that it now has assets in Offshore Nigeria. These assets include the Ebok Field (OML 67), Okwok Field (OML 67, and OML 115).
In the year 2014, Forbes listed Mohammed Indimi as the Africa’s number 37th richest man. His net worth is estimated to be at $670 million.

AbdulSamad Isyaku Rabiu (CON) is another wealthy Hausa businessman. His father, Khalifah Isyaku Rabiu was one of Nigeria’s foremost industrialists in the 1970s and 1980s. Abdul Samad is the founder and chairman of BUA Group, a Nigerian conglomerate with interests in manufacturing, infrastructure and agriculture with a revenue in excess of $2.5 billion.

In 2013, Forbes estimated Abdul Samad’s wealth at $1.2 billion, bringing him to the global billionaire’s club with net worth estimated to be $900 million.

He was Nigerian Army Chief of Army Staff from November 1975 to November 1979. He was also Minister of Defense under Olusegun Obasanjo. Danjuma is chairman of South Atlantic Petroleum (SAPETRO). His net worth is estimated at $1.1 billion.

Occupying the first position on this rich list is Aliko Dangote who according to Forbes ranking is Africa’s richest man. He is the owner of Dangote Group, a multi-billion conglomerate that operates in different countries in Africa. Dangote became the 23rd richest person in the world in 2014.

Aliko Dangote’s net worth is $8.5 Billion. Since Alhaji Dangote is the wealthiest man in Nigeria and Africa and from the Fulani tribe in Kano state, automatically, he is the richest Hausa man in Nigeria.

While these six listed are known to have made their wealth through various businesses, other rich Nigerian Hausa men we saw were politicians who have occupied a public position before . In no particular order, below are the list of rich Hausa/Fulani politicians in Nigeria.

What’s your take on the list of Richest Hausa Men in Nigeria?

We shall also provide the richest Yoruba man in our subsequent post so as to balance the equation on the major ethnic groups in Nigeria.

Although, every one is entitled to his or her opinion, this post is bashes the argument on which tribe in Nigeria is more financially sound as this should not arise as we are all one nation.

Contrary to the fact that most people from the Southern part of Nigeria think that the Hausa/Fulani tribe is the most wicked tribe in Nigeria, that is false as every tribe/ethnic group have shown such trait.

The Hausas are peace loving people and in are very good in what ever they do. Most people confuse them to be the same as the Fulani speaking people.

Before the arrival of Alhaji Aliko Dangote the richest man in Africa in 2016, Alhassan Dantata (1877 – 17 November 1955) was a popular Northern Nigerian trader in kola nuts, ground nuts and distributor of European goods. He supplied large British trading companies with raw materials and also had business interests in the Gold Coast. At the time of his death he was one of the wealthiest men in West Africa and richest Hausa man in his time.

Who is the Richest Hausa Man in Nigeria?

Forbes ranks Aliko Dangote as Africa’s richest man. He is the owner of Dangote Group, a multi billion conglomerate that operates in different countries in Africa. Dangote became the 23rd richest person in the world in 2014.

Since Alhaji Dangote is the wealthiest man in Nigeria and Africa and is from the Fulani tribe in Kano state, automatically, he is the richest Hausa man in Nigeria with a net worth of $8.7 Billion USD this 2022.