Football is unarguably one of the richest sporting professions in the world, and several clubs have emerged affluent from this sport. In this writeup, we’ll list and examine the top 10 richest football clubs in Europe this 2022 and the average profit they make yearly. Top clubs like FC Barcelona, Real Madrid, Juventus and some clubs from the English Premier League (EPL) also made the cut. 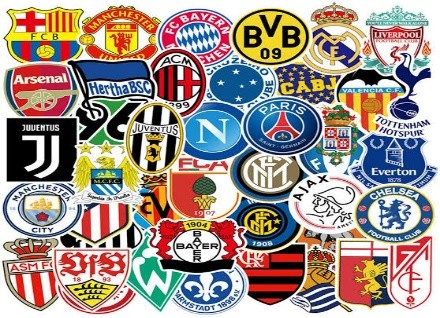 The increased volume of soccer fans in the world has created a positive financial effect to football clubs. This is also complemented by club’s corporate businesses, image rights of football players, brands and sponsorship, which goes to increase revenue of football clubs in the world. The Union of European Football Associations (UEFA) is the head/administrative body for the association football, futsal and beach soccer in Europe while the English Premier League, Spanish La Liga, Italian Serie A, German Bundesliga, and French League are just few major leagues in Europe that attract top footballers.

First, lets examine how football clubs make their money as some may be inquisitive on this.
Football clubs, especially those in Europe where the business is very popular, generate their revenues from selling kits and other club merchandise to fans around the world. This is by selling jerseys of their star players around stadiums, and club owned stores to the public. Another source of income for football clubs is selling players to other clubs through the transfer window. For example, the sale of Cristiano Ronaldo from Real Madrid to Juventus for £100m, shows how rich a European club can be in spending for a top player.

Below is the list of the richest clubs in Europe. This ranking is based on Deloitte Football Money League (DFML) ranking as of November 2022, after examining the club’s total revenue details in the preceeding year.

FC Barcelona rsnks first as the richest club in Europe this 2022 after generating profits in excess of a billion. Barcelona is known as the Catalans and has since inception being a strong contender in the Spanish La Liga and other international competitions. The club lifted the league title in 2019 and has over the years being wining the La Liga, UEFA Champions League in most occasions than any other clubs.

FC Barcelona also has the greatest footballer at their disposal, Lionel Messi, whose presence generates millions for the club. Barca has replaced their domestic rival, Real Madrid to top the list of richest club in the world. The Catalans also emerged as the first club to generate more than €800 million in a year. Barcelona football club was founded by a group of Swiss, Spanish, English, and Catalan footballers in 1899 and has since grown to its affluent feats today.

Real Madrid started as a football club in 6th November, 1902, and today has grown to have the largest fanbase in the world. With the club winning the most Eurpean Champions League trophy, the virtue of them being one of the richest clubs in Europe can’t be underated. The Madrid club owns the 81,044- capacity Santiago Bernabéu Stadium in downtown of the capital city.

The club had been leading the chart of the richest club in Spain over the years, but their recent drop could probably be immensely affected by the departure of Cristiano Ronaldo. They trail behind domestic rivals, Barcelona, to be ranked as the second most revenue generated club in Europe, with a revenue of €757.3 million, after a disappointing €6.4 million increase in revenue generated from 2019.

The Premier League giant still remains the leading club in England in terms of highest revenue-generation. Manchester United generated €711.5 million from last year and are lagging behind to the top Spanish duo elite clubs who passed them of recent.

Germany’s most successful club, Bayern Munich is equally the country’s richest club with a €30.9 million increase in revenue generated from last year to make a tally of €660.1 million revenue. When it comes to the Bundesliga, Bayern Munich are known to be the league Giants, after making a record 7th consecutive league win last year. This feat is enough to make the German club ranked as one the richest clubs in Europe and also in the world after generating a revenue much as €660.1 million.

Paris Saint‑Germain (PSG) is the leading football club in French Ligue 1, after recording sucesses in local competition, to be ranked as the 5th richest club in Europe this year. Most of the club’s revenue influx comes from commercial income, which results from the marketing of their star players.

Paris Saint Germain has prolific football stars like Kylian Mbappé and Neymar in their squad, which gives their squad the worth and needed publicity. The French club saw a €94.2 million increase in revenue generated €635.9 million in 2019 after having a €100 million increase resulting from player buys.

The six times English Premier League champions has over the last decade been the most sucessive football club in England. This has been through not finishing below 4th position in the league seasons, and winning more than 10 trophies within the span. All this has been reflected in the Manchester club being one of the richest in the European continent.

Manchester City is behind their Manchester rival as the second richest club in England. The club records a revenue of €610.6 million as of 2022, after a €42.2 million increase from the previous year. The club’s revenue may increase in this year, due to a new jersey deal with athletics brand, Puma, and having huge success in most domestic competitions.

Liverpool’s UEFA Champions League trophy lift was povital to the club’s revenue and was also enough to help the English side record a €91 million increase in revenue to give them a €604.7 million valued revenue. Liverpool’s high rank has been altered by their success in the English Premier League and European competitions.

Tottenham Hotspur break into the top 10 richest clubs in Europe is crystal clear from their wonderful UEFA Champions League run to the final. The London club earned much in reaching that stage and they are valued at €521.1 million revenue. Transfer income is also a factor in making the premier league giant reach this height.

Chelsea football club, through the backing of their Russian billionaire owner, Roman Abramovich, adding with some massive sponsorship deals including Nike and Yokohama Tyres, they maintained their rank as one of the richest football club in the world, though they slip in the list to the 9th position.

The London club won the Europa League title, but that was not enough to improve their dismal €7.4 million increase from preceeding years revenue. Presently, Chelsea is valued at €513.1 million as their revenue. The Blues, as the club is popularly called, have won six Premier League and a UEFA Champions League title since its inception in 1905.

Juventus is the only representative of Serie A in the list. The Italian club’s revenue saw a immense boost following the arrival of the five-time Ballon d’Or winner, Cristiano Ronaldo from Real Madrid. The effect was impacted in the increase in jersey sales as well as an increase in stock price. Another boost was that the Italian giant went on to win Serie A title for the eighth consecutive time.

Juventus according to the year 2022 ranking of the richest clubs in Europe, they are valued at €459.7 million, which increased significantly from the previous year.