There are powerful families in the world that are very rich and influential. Some say these families belong to the Illuminati, while others say they belong to one conspiracy or the other. Although, history suggest that most of these wealthy families are from the U.S and have over the years built a fortune that is sure to last even for their generations yet unborn. 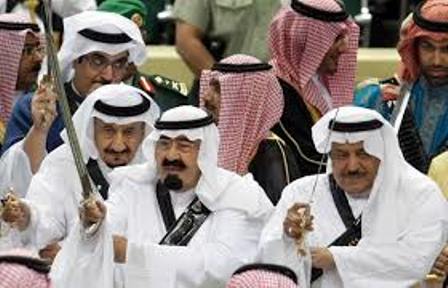 Even though the Rothschild’s family still holds the record of the most powerful and influential family on earth due to their history, modern times suggest that there wealth is no where near the list of the Top 10 Richest Families in The World 2016/2017.

We shall in this post take a look at the latest list of world’s richest and wealthiest families and their worth according to Forbes. We shall also list their countries and some of their investments and stakes they control.

This house of Saud according to Forbes is the richest family in the world currently worth around $1.4 trillion. Although, the wealth is shared by more than 10,000 princes to keep up their rich status and political influence at the expense of the state. In recent times, people of Saudi Arabia have started attacking the royal family due to this as they complain of neglect while a select few enjoy the riches of the kingdom.

The Walton family is the current second wealthiest family in the world. The history of their wealth dates back to the founders of the Walton’s dynasty- Bud and Sam Walton, founders of Walmart, the largest retail store in the world. According to Forbes, the Walton’s assets collectively is worth $151.2 billion.

Its no news that the two brothers, Charles and David Koch are in the list of richest people in the world. They both own major stakes in Koch Industries, the second-largest privately held company in the United States, after Cargill Inc. The Koch family combined wealth worth $86.7 billion.

The Mars family in 1988 were the richest family in the United states. They now occupy the fourth position as one of the influential families in the world as they control and are owners of the largest confectionery company in the world, Mars, Inc, which records an annual turnover of around $27.5 billion.

Occupying the fifth position is the Cargill and MacMillan family, with a net worth of $43 billion. This family descended from William W. Cargill who founded the Cargill Inc in 1865. Today, they are the largest private company in the United States and even in the world with $120 billion in yearly revenue. They also have presence in about 63 countries.

The Edward Johnson family owns the Fidelity Fund outfit which manages assets worth $1.7 trillion. It was founded by Edward C. Johnson himself. The company CEO is Ned, the son of Edward while the company’s president is his daughter. They are the 6th richest family in the world.

The Hearst family is one the popular families in the United States and the seventh richest family in the world. William Randolf Hearst was a publishing tycoon and the proprietor of San Francisco Examiner.

The Thai royal family holds the record of the richest royal family in the world. Although, the English royal family is the most recognized, their wealth cannot be compared to that of Bhumibol Adulyadej, King of Thailand. This King owns 3,320 acres of land in central Bangkok and 13,200 acres of town and country. While he was alive, the late king is the richest monarch in the world at the moment.

The Pritzker family owns the Hyatt hotels and Marmon Group. They are one of the wealthy families in the United States and in the 10th in the world richest families

Many might argue that the Rothschild family who history deems as one of the wealthiest and most influential families in the world should be on this Forbes list. The range of their wealth is sometimes confusing as they keep their wealth private which makes it difficult to ascertain their net worth.

Rumors that the Rothschild family are the financiers of the secret Illuminati and that they have stakes in virtually almost every country in the world have not yet been proven, just know that their riches and assets are distributed to their various descendants.