Revenue generation is one major thing that sustains the internal economy of a country. This income is contributed by many things of which some government agencies are included. In Nigeria, there are many of federal government agencies which generates a lot of revenue to the national treasury. These government parastatals has been very significant on this, and for this reason, our article will highlight the top ten revenue generating agencies in the country. 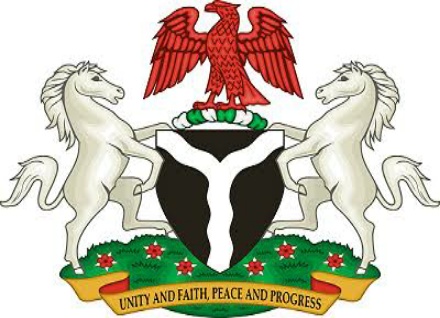 There are good numbers of government agencies which has been pivotal to generating funds for the country. Here, we will take a gander at the top ten of these institutions which has contributed to keep in good financial health.

Below is the rundown of the ten highest revenue generating government agencies in Nigeria this 2022;

Being the principal monetary agency in the country, the Central Bank of Nigeria is one of the highest revenue generator in Nigeria. From their yearly annual reports, it can be seen that there is much which the Bank spends in getting things run well financially in the country. Moreso, the CBN has trillions of naira in its reserve currently, and the body generates it’s income from taxes and banks services.

The Central bank in Nigeria is the government agency that administers and regulate the circulation of money in the country. The agency commenced operations on May 1, 1959, and is headquartered in Abuja.

This is unarguably the highest revenue generating agency in the country. The Nigerian National Petroleum Corporation is a petroleum sector government agency which controls, regulates and participates in the country’s oil and gas industry. In terms of revenue generation, NNPC gained a revenue accounts for 76% of federal government revenue and 40% of the entire country’s GDP. As of 2000, the agency alone account for 98% of Nigerian export earnings. This is greatly achieved to the moneyed oil and gas industry which the corporation majors.

The Nigerian Ports Authority is another high revenue generating agency in Nigeria. As at the 2017 fiscal year, the Management of Nigerian Ports Authority declared the sum of N299. 56bn as generated revenue for the year. The 2017 revenue exceeded the preceding year figure of N162. 20bn by 84.65 percent. This agency generates much of it income from taxes, clearance and insurance in the country’s Ports.

The Federal Inland Revenue Service, alternatively referred as FIRS, is a government agency responsible for assessing, collecting and accounting for tax and other revenues accruing to the Federal Government. This is in line with the federal structure of the Nigerian State, which  tax administration in the country is multi-tiered.

The Federal Inland Revenue Service once generated a year revenue of N5.3 trillion. This was very significant and it was at a period when oil prices averaged $70 per barrel. On the whole, this agency is one the highest revenue generators in the country.

The Nigerian Immigration Service is an agency responsible for the issuance of travel documents to bona fide Nigerians in and outside Nigeria; the issuance of residence permits to foreigners in Nigeria; border surveillance and patrol. With respect to revenue generation, the Nigeria Immigration Service (NIS) in 2019 generated over N62.6 billion and $41.83 million, as stated by the then Comptroller General. The agency’s chief further said that NIS was not only a key security agency of the government but also a key revenue generating outfit.

The Department of Petroleum Resources is one of the revenue generating agencies in Nigeria. The Department charges and ensures payment of royalties on all oil producing fields. They also generate revenue by collecting rents accruing to the Federal Government of Nigeria, which is from awarded concession on yearly basis. Also, the Federal Inland Revenue Service (FIRS) collects the petroleum profit tax on behalf of the Federal Government. Another revenue generating means by FIRS is by receiving penalties fines imposed on oil companies for gas flaring.

This is the major revenue generating agency in the aviation sector. The Federal Airport Authority of Nigeria is a government agency that is charged with the functions of managing all Commercial Airports in Nigeria and provide service to both passenger and cargo airlines. They have its headquarters on the grounds of Murtala Muhammed International Airport in Ikeja, Lagos State. FAAN generates revenue from aeronautical (80%) and non-aeronautical sources (20%).

The Joint Admissions and Matriculations Board widely known as JAMB is an independent government agency that conducts entrance Unified Tertiary Matriculation Examination for prospective undergraduates seeking entry into Nigerian universities.

The agency generates revenue from sales of forms and added-on fees/charges collected by the board from candidates. Not long ago in 2017, the Joint Admissions and Matriculation Board (JAMB) said to have remitted about N7.8 billion to the Federal Government. This and successive revenue generation have made the agency to be considered as one of the highest revenue generators in the country.

NATIONAL AGENCY FOR FOOD AND DRUG ADMINISTRATION AND CONTROL (NAFDAC)

NAFDAC is a very popular name in the Nigerian food and drug industries. This is a federal agency under the Federal Ministry of Health and is responsible for regulating and controlling the manufacture, importation, exportation, advertisement, distribution, sale and use of food, drugs, cosmetics, medical devices and chemicals in the country. The agency generates its revenue from fines and registration fees from participating companies.

The Economic and Financial Crimes Commission (EFCC) is a Nigerian law enforcement agency that has a main objective of investigating financial crimes such as advance fee fraud (419 fraud) and money laundering. The agency generates a lot of revenue to the federal government. They achieve this from laundered money and other corruption charges.

From the above list, you can see that these top ten revenue generating government agencies in Nigeria are the major generator of income to the country. That’s the size of this write-up, as we have been able to enumerate the highest revenue generators in the country.