This post will answer the question how many refineries does Nigeria have and list how many of these Nigerian refineries are working currently, their location and names. 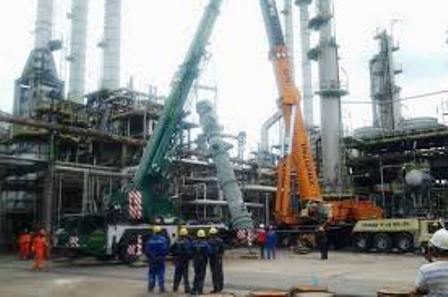 Currently, Nigeria has five refineries in total. One is located in Warri while another is located in Kaduna. Three of the remaining Nigerian refineries are located in Rivers state and Port-Harcourt. Be aware that all these refineries are subsidiaries of the Nigerian National Petroleum Corporation (NNPC). This information is verified according to the department of petroleum resources website

Below is a full list of Refineries in Nigeria Today

This is the first indigenous government owned refinery in the country. Commissioned in the year 1978, it was built to process 100,000 barrels of crude oil per day as its output but was later de-bottle necked to process 125,000 barrels per day. The Petrochemical Company was incorporated as a limited liability company on the 3rd of December 1988 after the merger of the then Warri Refinery and the Ekpan Petrochemical Plants.

The Kaduna refinery was established in 1989 with the capacity to produce 110,000 barrels of petroleum per day. occupies an area of 2.89 Square Kilometers. Here, crude oil is refined into high quality petroleum products and the manufacturing of petrochemical and packaging products to the satisfaction of her customers. Products from this Refinery include; Fuels for use as Liquefied Petroleum Gas (LPG), Premium Motor Spirit (PMS), Automotive Gas Oil (AGO) or Diesel oil, Kerosene, Fuel Oil, Sulphur and those from the lubricating oils complex are Base Oils, Asphalt (Bitumen) and Waxes.

The NDPR refinery is located at Ogbelle in Rivers state. Its capacity of producing over 1,000 barrels per day, also sees this refinery as one of the functional refinery in the country. The plant serves as a target point for diesel production for local use. Crude oil flows to the plant from the Niger Delta Exploration and Production (NDEP) Company, which is an affiliate to this refinery.

The Indorama Eleme Petrochemicals Company Limited (IEPL) was acquired from the NNPC in 2006 and it is located in Eleme, Rivers State. It was previously called Eleme petrochemicals Company Limited (EPCL). It is at this complex that natural gas liquids are processed with over 22,000 tonnes shelled out on a yearly basis. The management of IEPL has ensured that petrochemicals production in this refinery continue seamlessly after careful rehabilitation of the formerly used plant.

Nigeria is the largest oil producer in Africa and the 6th in the world. Nigeria has refineries where crude oil is refined. 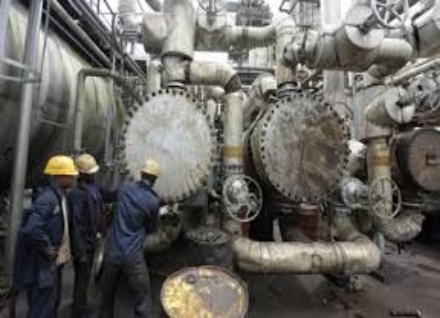 Port Harcourt is the first on our list of oil refineries in Nigeria as it is the largest refinery in Nigeria and has a refining capacity of 210,000 barrels per day.

Warri Refinery is located at Warri, Delta State and it is the second highest oil refinery in Nigeria in terms of plate capacity. This refinery was established in 1978 with a capacity of 100,000 barrels per day.

However, this was increased to 125,000 barrels per day in 1987. This refinery is operated by the Warri Refining & Petrochemicals Company (WRPC) Limited.

This is the only functional oil refinery on the list that is not located in the Niger Delta Area and also not oil producing. It was established with a plate capacity of 100,000 barrels per day.

It is important to note that none of the above named refineries in Nigeria is functioning at the capacity it was established to function. In fact, some of them are now shadows of themselves. This is why despite we being Africa’s largest oil producer and having these 3 refineries, we still into fuel importation.

Aside the listed refineries, there’s another one coming up (under construction) which is the Dangote Refinery owned by the Dangote Group, one of the largest business groups in Nigeria owned by Nigeria’s richest man, Aliko Dangote.