Promiscuity is the act of constantly having sexual relationships with several persons and practicing casual encounters. People who frequently engage in sexual activity with several partners fall under this practice. The focus of this article will be prostitution, which in itself is increasingly widespread in very many Nigerian states. 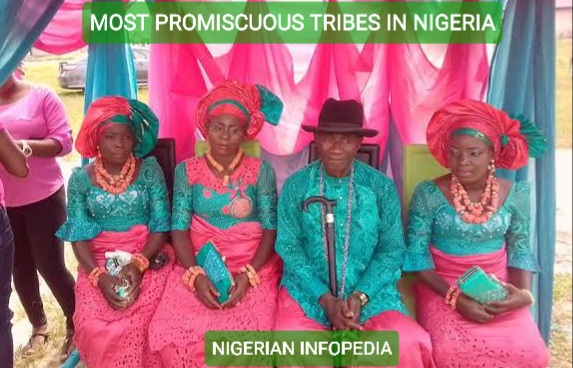 Promiscuity is connected to polygamy, which is widespread in the country. This can be explained by the fact that many males marry two or perhaps more wives. As a result of widespread sexual immorality, promiscuous behavior is prevalent in many Nigerian city areas. We shall focus our search in this post on Nigerian states where these behaviors are more common. You will be able to see a peek of states in Nigeria with the highest rates of sex crimes through this.

The states with the highest open brothels in Nigeria is Edo, Lagos and Imo states respectively. Nigeria also have other states where promiscuity or “sex” is heavily traded, much like in other parts of the world. In these areas, prostitution is generally accepted or seen as the natural order of things. This article will examine the states where prostitution or the promiscuous-friendly acts are prevalent in the country.

Lagos is Nigeria’s most promiscuous state and the most populous state in the federation. It has a startling influx of people from all across the country. With its large population, luxurious hotels, opulent spendthrifts, and a corresponding nightlife, brothels and motels thrive in major areas of this state.

How does Lagos come to be known as the state in Nigeria with the highest number of ashawo/prostitutes? It is astounding how many prostitutes are moving into the state. These sex workers can nearly always be found in hotels, clubs, and pubs. Their customers are simple to locate.

In Lagos, Lekki is the most well-liked neighborhood or zone where these high sex dealers live and operate. Empire is also another location just halfway between Surulere and Yaba where you can find these “ashawos”. It developed into a frequent venue for prostitution. As a result, the region was transformed into an open-air community that permits all outdoor activities with the exception of robbery, which is considered “un-African.” Sex trafficking is still occurring in the area today, but more slowly.

Promiscuity is well-known among the male and female populations of Edo. Therefore, sex trafficking is a part of living in the state of Edo, particularly in Benin, which serves as the state’s capital. Prostitution in Edo State has reached a new level where the women are transported to other nations like Italy and South Africa. They travel there to publicize the unethical conduct. It is rare in Edo state to come across a family where none of the other members depends on a representation abroad.

Abuja is a stylish metropolis that is home to politicians and rich, egotistical young guys. The capital of Nigeria’s challenge is not really a lack of money, but rather how to spend it. As a result, there is a lot of competition for sex workers because the compensation is alluring to the women who engage in it.

Kado-Kuchi Village in Abuja is referred to as the “Sex zone” by locals. In this place, rampant prostitution is accepted as the natural order of things. A resident of Abuja claims that due to pricing differences, patrons of sex dealers at this place can be found from the wealthy elite to the poorer class.

Ogun is a state that borders Lagos. Given that it is one of the most industrialized states in Nigeria, the state gains a lot from this relationship. Regrettably, prostitution and other sexual deviant behaviors are common in some Oguni cities. One popular location for open sex trading in Abeokuta, Ogun state, is Charo. A state-wide commercial district called Panseke is not far from the neighborhood. As a result, the gathering of the pleasure vendors enhances the area’s busy bustle with a more tranquil atmosphere. Common people in Abeokuta would be suspicious of your motives for visiting the location if you mentioned it to them.

Many young women in Ogun no longer feel the need to work hard at a respectable career. Instead, they favor prostitution as a rapid method of obtaining money from the so-called “yahoo boys.” Consequently, the state has a growing population of prostitutes.

Is it noteworthy that a state from the north appeared on this list? Are you astonished? You have undoubtedly never visited Kaduna or experienced its vibrant nightlife. The state capital of Kaduna is Kaduna. Hookers can be found strategically placed across the city of Kaduna, much like in the majority of Nigerian cities. These women aid young men, particularly visitors, in satisfying their sexual urges despite the notion that sex trafficking may be morally reprehensible. Numerous hotels and “ashawo” locations are where many attractive hookers conduct their business.

Enugu State communities have expressed their outrage at the rising prostitution rates among young women between the ages of 16 and 35. The state of Enugu is likewise crammed with numerous hotels in various locations. Some of these establishments are frequented by women who stand in the open to attract males.

The list of Nigerian states with the most prostitutes must include Delta State. The prostitution industry in Delta State is centered on places like Oghara, Sapele, and Warri. Concern is growing about the extent at which young women in Asaba, Delta State, are publicly acting as prostitutes.

The most common form of promiscuity in Cross River State is sex trafficking. The State’s capital, Calabar, has a fascinating atmosphere as night falls. The good, the horrible, and the bizarre occur at this moment while it is still dark. The strangest or most intriguing feature of the nightfall. This is the unexpected influx of commercial sex prostitutes into the streets, who are drawn to the approaching darkness like dragonflies.

Kano is regarded as having the largest population of all the thirty-six states of the country. It boasts a thriving economy, ranking as the sixth largest state in the nation. Polygamy and sex crimes are the most prevalent promiscuous behaviors in the state. In Kano, the rate at which sexual assaults are increasing is disturbing. In the previous five years, Kano has recorded almost 4000 incidences of sexual assault.

Borno has seen an unusually high level of sexual assault and associated gender-based crimes. Borno and the surrounding states has over the last four years had at minimum 5,623 incidences of gender-based violence reported. This is due to rebel activity in a certain region of the state. These guys actually rape and abduct women without their consent.

You and I both know that people enjoy engaging in sexual activity. But in actuality, several people really enjoy it much more and aren’t aware that this act has its health challenges like contacting STD’s. There appear to be regions of the country whereby people apparently enjoy themselves more in bed, have much more sexual relationships, get more one-night affairs, and are generally more accepting of the “Game” as a whole. The top ten sexually active states in Nigeria are highlighted in this article.