Toyota cars, aside from being the most popular car brand in Nigeria and a leader in the automobile industry are known for their durability, ruggedity, efficiency and class. Toyota Camry and Corolla are quite cheap and affordable when it comes to price as compared to other top brands like Mercedes, Ford, Volvo, etc. No wonder, Toyota Camry has been rated the best selling vehicles in the country today.

Aside taking over the automobile industry in Nigeria, Toyota brands are constantly evolving with high end specs, gears and wheels. Toyota Camry are seen as cars for the average class, and it is no surprise that it is the most-in demand vehicle in the automobile market today. It is also known to have low fuel consumption capability which is something you won’t find on other popular car brands. 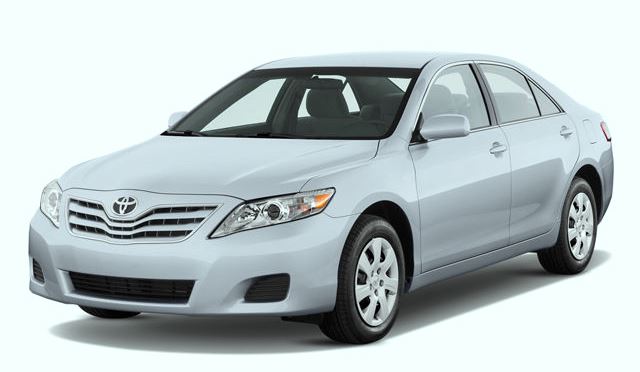 Another highest selling Toyota brand – “Toyota Corolla”  also shares this feat, but isn’t as solid as the latest Camry models, which as demonstrated, has been more durable, rugged, and is a car that is fit for driving on Nigerian roads has become the first choice of an average Nigerian who wants to purchase an easy ride without spending much money.

So, how much does this Toyota model costs in the market presently? Depending on year of model being purchased, a brand new Toyota Camry costs between N25 to 30 million. Models like the muscle versions are available unlike older Camry versions from 2007 below, can’t be seen in the market.

Unlike other premium brands of Toyota that are manufactured bi-annually, Toyota Camry still gets new release on a yearly basis. It is because of the demand of such cars that makes Toyota produce new Camry versions that has seen various models emerge with advanced equipment.

For instance, the popular 2008 model (second hand value) which retails for N1.5 million is now gradually running out of stock, unless you want to buy a brand new car or latest models available from either the manufacturer or reliable international distributors. Fluctuation in the prices due to the Dollar and the Naira conversion rate, custom clearance fee and tariff have contributed to cost of brand new Toyota Camry in Nigeria.

THINGS TO NOTE ABOUT TOYOTA CAMRY

The Toyota Camry navigation feature is one of great comfort when driven on Nigerian roads. The interior build sports an aesthetic design plus other infotainment system to supplement its look. This brand also allows for five passengers to seat comfortably, with seat belts for every passenger.

The vintage (2007 to 2011 models) comes with modern features such as Bluetooth connectivity which allows for phone, Tablet or any other smart device pairing. You could easily make phone calls or play music from your smartphone without needing to put the device to your ears. While you could install such on previous models, the ones with touch screen infotainment systems are mostly seen on newer versions of the Toyota Camry brand.

The motor-parts are also readily available and easy to find any where in the automobile market. One thing I can guarantee is that the repair cost isn’t as expensive as that of Mercedes, Ford, Mazda, etc. This shows that the Camry brands are the best mid-size cars you can buy with standard navigation features, and still get good value for your money. Whether it is the L, LE, SE, XSE and XLE trim versions, the handling and maintenance of the Toyota Camry model is standard.

Most people often buy Tokunbo cars in Nigeria due to its value and price when compared to brand new cars. Foreign used Tokunbo vehicles as it is mostly called, has flooded the Nigerian automobile market and is still available depending on the brand you want to purchase.

The prices of foreign used (Tokunbo) Toyota Camry cars ranges from ₦2.5 million to as high as ₦9.5 million. This ranges from the year of the foreign used camry model you want to buy. You can see it isn’t as cheap and might not be easily affordable. While it depends on the year of production and model, other factors like mileage, fuel consumption, condition of car, distributor or seller, etc play a prominent role in determining the price (Honestly, we can’t give any specific price range here).

While it is true that the cost of Nigerian used Toyota Camry is cheaper than the foreign option, most people prefer Tokunbo vehicles. Locally used cars in Nigeria aren’t trusted as these vehicles don’t last, facing one mechanical problem or the other. Also tariff and custom fees may not apply strictly to these type, it might not be a guaranty to get good locally used cars.

Please note that the year of production, mileage, fuel economy and condition of the car are just some factors that determines the prices.

Below are the latest price list of Nigerian used Toyota Camry this May, 2022 with their year and models.

There are some advantages of purchasing the Camry over others. One of such is the safety feature which is top notch. The brake of the car is sordid and doesn’t wear out easily. Some things you might like about this vehicle include:

Every car that has an advantage would also have its disadvantages. Some don’t like Camry cars due to the interior not having the trunk space needed when you compare it with other mid-range cars that shares similar specs. Another is the design of the various models which looks similar.