Mercedes cars are far from being just an ordinary brand, they are one of those cars that have successfully wowed many Nigerians as result of their unmatchable attributes, which include untiring engine capacity; eye-catching interior and exterior designs; and affordable prices.

When it comes to their outlook and interior beauty, only few number of other brands/models can compete with any Mercedes product.

Despite producing new models of cars almost every year, Mercedes ensure that the qualities and designs of their products always remain top-notch and unequal with other vehicle brands.

The company have quite a large number of new model; however, we are focusing on one of their best and high-selling models: Mercedes 4matic. 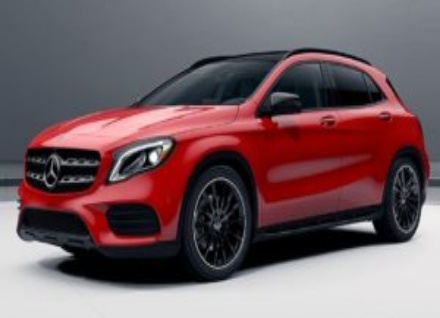 All about Mercedes 4matic model

As said earlier, Mercedes automobiles are known for their unrivaled class, however, 4matic is in a class of its own.

This model is not just a vehicle with great interior designs, but a model with massive speed, and firm-but-easy-to-control wheel steering.

The advancement in technology has also played a huge role in the manufacturing of the latest 4matic vehicles as  it can automatically readjust itself to any condition of the road.

This impressive and eye-catching attributes captured the interest of many Nigerians. Hence, the reason why many car owners and wealthy members of the country prefer this Mercedes model.

The Mercedes 4matic have different models and versions, they include: A-Class, B-Class, C-Class, E-Class, GLA and GLC. These models undergo the same manufacturing procedures but their features are slightly different from one another, which is the main reason for slight increase in price.

Nigerians’ love for this model is on the increase; though, they didn’t really have any idea of how much it cost in the market.

This is why we’re are set to unveil the different prices of Mercedes 4matic models in major markets across the country. All you need do is to get a paper and pen to write down the prices; Or you save this page on your browser so as to consult it whenever you are financially set.

We shall be classifying this list into two categories: Prices for new and unused ones and the prices for fairly-used versions.

The price of a brand-new 4matic cars is definitely an upgrade to the prices of fairly used 4matic; However, the difference isn’t to much that you can’t afford.

Enough of the talking, let’s get down to business as we shall be revealing the various prices of Mercedes 4matic vehicles below:

The current price of a brand-new Mercedes 4matic vehicle differs from one location to another ; also from one model to another.

Nonetheless, we can confirm to you that getting any kind/version of new Mercedes 4matic vehicle will cost nothing less than N30m in any automobile markets in the country.

Should you desire go to for more sophisticated version of Mercedes 4matic cars — such as the GLS 450, you should be ready to spend between N45m and N54m.

I will advise you to budget nothing less than N60m before you head into any automobile shop, in order to avoid unnecessary disappointment whenever you hear the price tag on the 4matic version of your choice.

This category consists of two subcategories: The foreign fairly-used cars and the local fairly-used products.

This type of cars were already used by an individual in a foreign country before they were shipped into Nigeria for sale.

Let’s quickly take a look at the prices of some foreign fairly-used 4matic cars in Nigeria. See the list below:

That’s all for the prices of foreign used Mercedes 4matic vehicles in the West African country.

This type of 4matic vehicles came into Nigeria as brand new but their owners are willing and ready to sell them to any interested buyers. They are not as expensive as their foreign used counterparts. Here is their price list…

Having known the price, you would agree that getting a Mercedes 4matic vehicle requires huge some of money.