With the looming unemployment in the country, recruitment agencies in Nigeria has stepped up to bridge this gap in providing jobs to the public. Paramiltary agencies such as the Nigerian civil defence corp offer latest recruitmemnt opportunities but most interested applicants don’t know the requirements or how to get such job information. 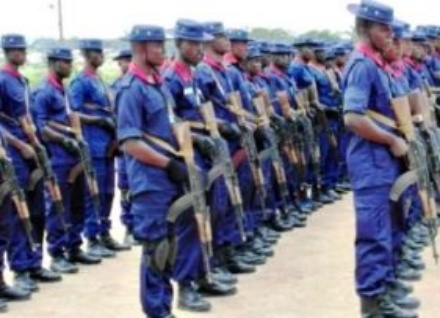 Since graduates are passing out yearly with hopes of being employed. Most people’s dream is to be engaged in a pensionable job of which you can still be paid even after retirement. One of such is paramilitary jobs.

The paramilitary organizations in the country are akin to the military but are not full military. Their modus operandi, training and techniques are similar to that of the military. They are one of the highest paid federal government jobs since they are under the payroll of the FG.

Officers of these paramilitary outfits also stand chances of earning big allowances if chosen to take part in peace keeping tours during civil unrest. Many youths and graduates are always on the lookout for job opportunities in these agencies. Anyone who is not informed is deformed.

Most Nigerian youths have missed out on recruitment opportunities into these agencies due to lack of information. In this article, we shall highlight the latest requirements/ prerequisites for employment into the major paramilitary agencies in the country.

General requirements for recruitment by all paramilitary organizations in Nigeria include:

The Nigerian prisons service first sprung into duty in 1861 during the formation of the Lagos colony. They were instituted by the then British colony to take charge of the slaves who were remanded in the prisons. They have since been a very functional tool of the government.

They are mandated to take into custody the individuals who have been certified by the court to remain in Jail. They are to oversee their welfare, take them to and from the court, oversee their rehabilitation, training and subsequent reintegration into the society at the expiration of their jail term.

In a nutshell, the NPS are the ones incharge of members of the society who have been found guilty of crime by the court and sentenced to serve jail terms. One has to be trained specially in order to be able to deal with criminals, else they break the jail and escape.

To curb jail break, officers of the NPS are given the needed military-esque training so as to be able to handle the prison in-mates. The paramilitary recruitment into the prison service is done yearly.

NDLEA is the regulatory body set aside to control illicit drugs in the country. Their duty is to track down the selling and exporting of hard drugs. They can be found in places such as the Airport, highways, sea ports, borders, etc.

These guys are always on the lookout for cannabis and other hard drugs farms to destroy. Their main targets are the leaders and users of these hard drugs. NDLEA was established in 1990 by Decree number 48 of the federal republic of Nigeria.

The Nigeria Customs service has a primary role of tackling anti-smuggling activities within the borders of the country. They are in-charge of collecting and accounting for import/export duty revenues at the borders.

They check mate the smuggling of toxic and hazardous substances, money laundering, guns and weapons at the borders. They are a very important element for the implementation of government policies.

The FRSC is saddled with the responsibility of ensuring that the federal roads are safe for motorists. The commission was established through Decree No. 45 of the 1988 constitution.

This commission is to check mate the users, educate them, assign speed limits, and ensure that they adhere to the rules and regulations of the road. In a nut shell, their duties are channelled towards reducing the rate of road accidents on our federal roads. They arrest and prosecute road users that commit traffic offences.

The Nigerian immigration service has a sole responsibility of coordinating the migration activities in the country. They control the entrance of people into the country and they offer residence permits to foreigners. They check mate and prosecute foreigners that made illegal entrance into tho country. If you are a foreigner without your travel papers, then know that these guys will be on your trail.

As earlier said, the Nigeria Immigration recruitment form is made available to interested and qualified members of the public. We often advise that you visit their recruitment portal to get authentic information about the application process and date for registration to avoid been duped.

An aspirant must meet these requirements below to be considered for the NIS Recruitment Exercise:

Just like the Nigerian Police. Navy, Airforce and Army recruit abled bodied men into the military, candidates with these medical cases/problems should not apply

The service also has various departments under the control of the Federal Ministry of Internal Affairs as well as the Immigration Ordinance of 1958, which guides its operation. Below are the roles/ functions of the NIS:

For Nigerians seeking to travel out of or into the country, NIS, are in-charge of issuing travel documents, visa, international and regional passports. NIS was carved out from the Nigerian police force in 1958. In a nutshell, the NIS is mandated to undertake border surveillance and control and migration management.

NSCDC has the mandate to maintain peace and order and to safe the civil society during period of emergency such as war and terrorism. It is their role to protect lives and property and check mate vandalism of facilities owned by government such as power holding company of Nigeria (PHCN) electric wire cables, oil rigs, engines, etc.

They offer jobs on a yearly basis and sensitize and educate the civil society on some security measures to be taken in time of war and civil unrest. They first swung into action during the civil war in may 1967 when they rescued and protected the lives of civilians in Lagos, the then federal capital territory.

They sensitized the Lagos residents on how to protect and save their selves against attack during the war. They were then known as Lagos Civil Defence Committee. The NSCDC was passed into law and given the neccessary backing by the then President Obasanjo regime in January 2003.

NSCDC had since then been given the right to arrest and prosecute members of the society suspected to deal in oil bunkering, vandalism and burglary of government-owned property and projects. You can visit their website to know more about NSCDC recruitment.

The Nigerian police is saddled with the responsibility of maintaining law and order in the society. They ensure that the laws of the government are implemented and defaulters arrested and prosecuted. A lot of persons call them “men in black”.

They patrol in cases of burglary or armed robbery attacks. They investigate and ensure that criminals are clamped down. Officers of the Nigerian police are usually deployed as security in banks and other government agencies.

They also perform some military duties mostly during the period of civil unrest and war when they are sent for peace keeping in affected areas. They are also attached as security aids to top government officials, politicians and expatriates.

The fire service was established in 1901 by the British colony as a unit under the Nigerian police. They were given a core responsibility of mitigating fire outbreak and saving the lives of citizens during such incidence.

They were initially called the police brigade. Their role also includes sensitization and training of members of the society on fire fighting and fire outbreak prevention.