Home Business Ideas Ostrich Farming In Nigeria: Guide On How To Start (2021)

Ostrich farming is a lucrative business in Nigeria. I know you are surprised. One, the bird itself is not that popular around. Secondly, you just don’t see how lucrative Ostrich business is. 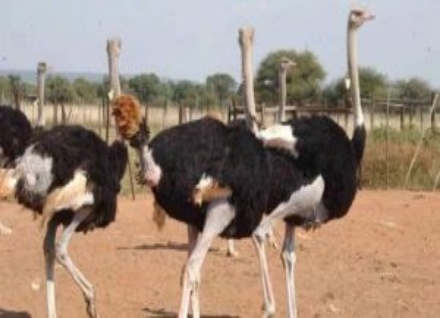 The truth is that venturing into ostrich farming business is a lucrative one if you put in what it needs.

First, you should know that an ostrich conserves energy and resources more than a cow. It eats less and weight more in terms of return on kg of food consumed and live longer than a cow.

On a general note however, people rear ostrich for the following reasons (pet exclusive).

An ostrich is a species of large flightless bird native to Africa. It is the only living member of the genus struthio and can live longer than a cow.

They live for an average of 36 to 40 years. Ostrich is immune to diseases unlike other animals (this will save you worries associated with other birds).

From an ostrich, you can get the following.

Egg: The ostrich egg is one of the essential product from an ostrich. In a year, it lays about 60 eggs though it does not lay egg until it is at least 18-month-old. The egg hatches in 42 days and it can run immediately. In Europe, an egg which is as big as a football cost $80 – $100.

Skin: An ostrich skin is a highly sought-after product. Due to this, ostrich was nearly brought into extinction as a result of hunting. People are after the skin because of the feathers also which is used for decoration.

Fat: it had been ascertained that ostrich fat is very nutritious for the body. It contains low fat and cholesterol. As a result, it provides rich fat and oil which is good for skin treatment.

Steps on How To Start Ostrich Farming In Nigeria

Securing a land for this business is an important step in starting this business. this usually is done in a rural area.

This farmland you secured should be fenced. Generally, the farmland you will secure should be large enough for them to run and play inside so they can remain healthy.

Also build a shelter in the farm for them to protect them from harsh weather. After securing a land, you need to employ a worker to take care of your birds if you know you will not be on ground for them.

Step 2: Select the type of ostrich to rear

There are different types such as the Red neck, blue neck and Africa black ostrich. Each have their own peculiarities so it is best to read on each and choose one depending on what you are after and if you can get it from that species at the least cost.

After deciding on the one to purchase, buy them. You can start with 3 ostriches. One male, two females. When you buy unhatched eggs, they cost less but would take you longer to reach maturity.

Provide sufficient supply of food and water for them. They drink a lot of water and can drink several gallons of water in a day.

Make sure the water is clean and healthy. Buy feeds specially formulated for them. Alternatively, you can plant crops and grasses for them to eat to cut cost.

You don’t need to wait for the products to be ready before you market them.

As soon as possible, you can start marketing your products and let people around know about your products but you need to look at the right demography, so that you don’t waste your marketing effort.