Home Government Organs Of The United Nations And Their Functions

The main organs of the United Nations are divided into seven (7) and they are: 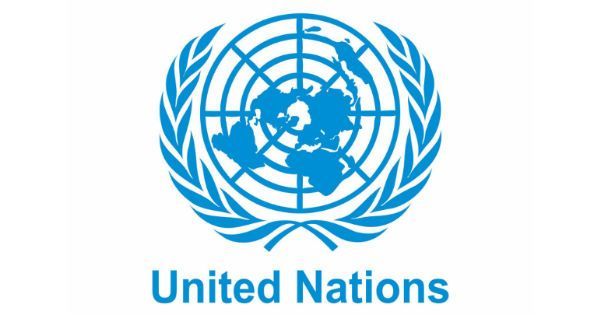 The General Assembly consists of member states of the organization. Each member is entitled to one vote irrespective of its size, and can be denied voting rights when it fails to discharge its financial obligations to the organization over a specified period.

The Assembly meets once a year in regular sessions which commence from the third week of June. Special sessions could be summoned at the instance of the security council or at the request of majority of the members.

Important decisions are made by two-thirds majority of the members present, while decisions on ordinary issues are based on a simple majority. The chairmanship of the Assembly rotates among member states on an annual basis.

Functions of the General Assembly

1. The General Assembly approves the annual budget of the organization and determines its priorities for a specific period.

2. It deliberates on issues relating to world peace and security and passes resolutions and recommendations to the security council for approval.

3. The Assembly approves the appointment of the Secretary-General who coordinates the activities of the secretariat.

4. The Assembly elects judges of the International Court of Justice.

5. It admits new members into the organization.

6. It considers the annual reports of the various commissions, councils and specialized agencies, and makes recommendations on them.

7. The Assembly elects non-permanent members (usually 10) into the security council.

8. It initiates researches and makes recommendations concerning development and codification of international law.

The Security Council is the most powerful organ of the UNO. It is made up of fifteen members. Five of these members are permanent while the remaining ten are non-permanent members.

Functions of the Security Council

1. It recommends a new nation to the General Assembly for admission to the UN.

2. It maintains international peace and security throughout the world.

3. It investigates issues that may endanger world peace and security and recommends means of peaceful settlement.

4. It makes recommendation to the General Assembly for the appointment of the Secretary General.

5. It recommends legal disputes to the International Court of Justice.

6. It recommends the suspension or expulsion of disobedient member states to the General Assembly for a decision.

7. When peaceful efforts fail to resolve disputes that may threaten international peace and security, it may authorize the use of military force.

The Secretariat is the organ that coordinates the implementation of the decisions of the General Assembly. It has many departments and is located at the UNO’s headquarters in New York. It is headed by the Secretary General and assisted by other appointed international civil servants from member states.

The Secretary General holds office for a period of five years which could be renewed depending on his performance.

Functions of the Secretariat

1. It provides information about the organization and its agencies to member states.

2. Its staff interpret the various languages spoken at the organizations meetings and circulate appropriate documents to members, each in her official language.

3. It executes the policies and decisions of the organization.

4. It carries out research functions for the other organs and agencies of the organization.

5. Its chief executive provides annual reports to the General Assembly.

6. Its staff serve as parliamentary clerks by taking notes during deliberations.

Functions of the Secretary-General of the UN

1. The Secretary-General prepares the annual budget of the United Nations Organization, and presents annual reports on its agencies to the General Assembly.

2. He appoints and gives directives to the staff of the Secretariat under the guidance of the General Assembly.

3. He prepares the agenda for the meetings of the General Assembly.

ALSO READ:  Responsibilities & Duties Of Constituted Authority To The People

4. He is the executive head of the Secretariat and coordinates its operations.

5. The Secretary-General brings the attention of the Security Council to matters which in his opinion may threaten world peace and security, and organizes international conferences on such subjects.

7. He does not take directives from individual member states of the organization.

8. He takes responsibility for the organization’s records and properties.

9. He speaks for the organization.

1. It is responsible for the economic and social activities of the UN.

2. It prepares and submits to the General Assembly, reports on international economic, cultural, social, health and educational issues.

3. The world powers are voted into the council in order to reflect positive ideas on the aspirations of the world.

4. It coordinates the activities of such specialized agencies as the World Health Organization (WHO) and Food and Agricultural Organization (FAO).

5. It provides information and other assistance to the Security Council.

6. It recommends policies for the promotion of fundamental human rights.

The Trusteeship Council assisted the League of Nations to administer and supervise the activities of colonies which were formerly under Germany and Italy before their defeat during the First World War (1914-1918). The colonies were handed over as Mandated Territories to the United Nations at its inception in 1946.

1. Territories voluntarily placed under the system by the states administering them.

2. Territories under the mandate.

3. Territories that might be carved out from enemy states due to the Second World War.

The trusteeship consisted of permanent members of the Security Council who were not administering trust territories and many other members elected on three year terms by the General Assembly.

Functions of the Trusteeship Council

1. The council considers reports from administering authorities of the trust territories on the state of affairs of these non-self governing territories.

2. The council supervises the territories placed under it.

3. It receives and considers petitions from the trusteeship areas.

4. The council visits the trusteeship areas periodically to assess the level of progress.

5. It promotes the social, economic and political development of the territories until they attain full independence. It prepares them for self-government.

All the trust territories have since gained independence and therefore the council has ceased to exist.

The International Court of Justice (ICJ)

The International Court of Justice, also referred to as the World Court, is the judicial organ of the United Nations. The court has its headquarters in the Hague, Netherlands.

It was one of the bodies which the UNO inherited from the League of Nations. The court is made up of fifteen experienced judges of high integrity. They are elected by both the General Assembly and the Security Council. Their appointment is for nine years and is on full-time basis. Members elect their president, vice-president and registrar.

The court handles only cases between member states. Decisions are taken by the justices present, with nine constituting a quorum. One of the problems facing the court is its inability to enforce its own decisions.

Functions of the International Court of Justice

1. It gives legal advice to the various organs and specialized agencies of the United Nations.

2. The court is the major judicial organ of the United Nations.

3. It deals with disputes related to the interpretation of the UNO treaty.

4. It recommends the amount of compensation to be paid in cases involving breach of international treaties and obligations.

5. The court mediates in disputes brought before it by member states.

6. It interprets international agreements and conventions to member states of the organization.

7. Member states are required to comply with the decisions of the court.

These are the bodies in the UN that helps the organization achieve its objectives. Some of the specialized agencies of the United Nations includes: UNESCO, WHO, UNICEF, etc.