Nigeria is a country made up of 36 states and capitals. These states were formed by various people that share ethnic similarities and history. The creation of these states dates back, even before 1960, the day Nigeria got her independence. The presence of different tribes ensures that each ethnic group has their intriguing culture which adds to the beautifulness of the nation. 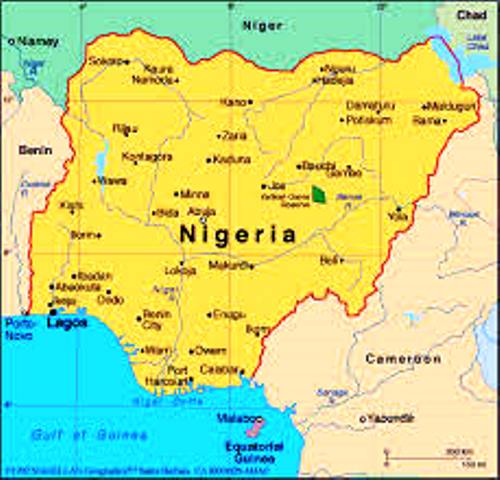 From up North which borders Niger Republic down to the Southern region, there are old states in Nigeria that were in existence before indepence that before the new statesrich heritage of different cultures is in perseverance. The richly cultured East that has the prestigious Igbos occupying is the same story with the Western Yorubas that are known for their Oduduwa ancestry.

Further on, let’s see the states that were the first to make this region called Nigeria.

History of States in Nigeria

Up until now, you know that Nigeria has thirty six states with their respective capitals. Do you know how your state started to it’s present state? In this write-up, we will illuminate briefly on the oldest state in Nigeria and when they were created.

The Western region which contains the present day Oyo, Ogun, Osun, Ondo and Lagos states respectively made up the Yoruba ethnic group and the people that spoke that language. People here share the same but distinct Yoruba culture, traditions and beliefs.

The Eastern region, which was the Igbo division of the country as at then, had states like Imo, Anambra, Ebonyi, Abia and Enugu states were all included until they splitted in 1967. This region was subdivided into the South-Eastern region and Southern region.

The former had states, Akwa-Ibom and Cross River in its entity while the Southern Region was an integration of the Ijaws and Niger Delta tribes.

Northern region were mainly the Hausa speaking states that shared the same culture and beliefs. Why the Hausas were so united was because they had one religion “Islam” and were associative with different tribes and ethnic groups like the Fulani, Tiv and Kanuri that surrounds them.

General Yakubu Gowon who was former Military head of state in Nigeria began the creation of states. He became the first military administrator of the country through a coup that saw the killing Sir Tafawa Balewa who was the first prime minister in Nigeria.

After the civil war, Gowon divided the entire country into twelve states to weaken the Biafran people. These were the first nigerian states that were ever created and they include:

After Gowon created these twelve new states, there was a need to add more due to reasons that the states were not able to contain different people with variable ethnic connotation. An example was the case in North-eastern state where it contained the Kanuris and Hausas. The Kanuris in the state were subsequently removed to form Borno state, while the Hausa remained in Bauchi.

The move of increasing the states to meet the demands of a nation was fulfilled on part when General Murtala Mohammed created Nineteen more states in 1976. Imo and Anambra states were created from East Central State that was recognized by Gowon. This followed by a move to have the country’s capital in a centralized region.

The Federal Capital Territory Abuja which is a state itself emanated from Niger state. The North-Westhern state was divided into Niger and Sokoto states. Bauchi, Gongola, and Borno was formed from North Eastern state. A division was also made in the north where Benue-Plateau was carved into the present Plateau and Benue state. Also in the West, Ondo, Ogun, and Oyo states were created from old western state.

Other states that were created by the Murtala Muhammed regime were Plateau, Niger, Sokoto with the old Bendel and Gongola states.

Far back in 1987 during the continuous creation of states in Nigeria, a need was seen to separate Cross River state. This was carried out by General Ibrahim Badamosi Babangida as he differentiated the Ibibio speaking people from the Efik, Ekoi and others within the state to form present day Akwa-Ibom and Cross River states respectively.

A similar scenario was seen in the North as Katsina state was created from old Kaduna state. These two states created on 23rd January, 1987 brought the total of states in Nigeria to 21.

In 1991 seven more states were added to the list followed by the creation of Nasarawa, Ebonyi, Ekiti, Gombe, Bayelsa and Zamfara states by General Sani Abacha five years after.

Nigeria at present has thirty-six states and is subdivided into six regional divisions.

Below are all states in Nigeria and the dates when they came to existence:

The Oldest States In Nigeria

Deducing from the dates of creation of states in the country, Cross River, Lagos, Kaduna, Kano, Kwara and Rivers states respectively are the oldest states in Nigeria. These six states were all formed on the 27th of January, 1967.

ALSO READ:  How To Check Custom Duty Online in Nigeria (2023)

Also,  Northern, North-Eastern, Benue-Plateau, Western and East-Central states are the oldest for some. The reason is that these states were subsequently split to form the states we have today.

The year 1967 was the beginning of state creation in Nigeria, and we have Kaduna State, Kano State, Kwara state, Lagos State, Cross River State and Rivers State coming to existence from then.

Here is the first set of old states we have in Nigeria:

Cross River is  one of th first states that was created on 27 January 1967 from the then Eastern Region. The state at inception was known as South-Eastern State and had ethnic groups like Ibibio, Efik, Ekoi and Ibubra then.

Also created on 27 January 1967 by the General Yakubu Gowon led government. It emanated from the Federal Territory of Lagos and Colony Province which was the Nation’s capital.

Kaduna state is a state in northern Nigeria and was known to be a separate state on 27 January 1967 from the then Northern Region.

Kano is an old Hausa state and was created on 27 January 1967 from Northern Region.

Kwara was created on 27th of January in 1967 and it was formed from the old Northern Region and West Central State.

Rivers state is one of the oldest states in Nigeria. Created in far back 27th January 1967 from the Eastern Region. The oil rich state has its capital in Port Harcourt.

Conclusively, states creation results from the congestion of different tribes in a closed region. With more than 250 ethnic groups in the country occupying only 36 (thirty-six) states, there may be need to accrue and augment the current ones. In 2015, a mere solution was proposed to increase the number to 55 but it stalled for the future.

Nevertheless, the number will still be same if the different tribes/ethnic group with vary traditions, cultures, religion and beliefs will cohabit in one entity.