Home People Musicians Olamide & Phyno: Who Is the Richest and Better Rapper 2022? 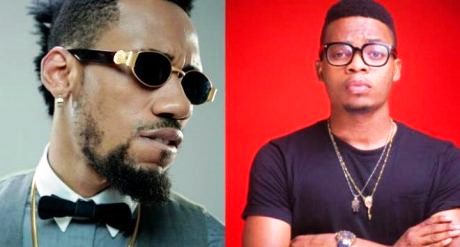 The difference between Olamide and Phyno is that while Olamide raps mostly in Yoruba, while Phyno is more of the Igbo descent. Both have sang songs together with their songs topping the charts in Nigerian music industry.

While most people in the western part of Nigeria prefers Olamide’s music, the same can be said for Phyno in the Southeast.

Since the duo came into limelight, they have flawed other rappers. One thing you should know about Olamide is that he has released about 7 albums since he burst into the music industry.

Phyno on the other hand has also released about 5 albums. Both artiste are celebrities and live rich lifestyles. They often collaborate together and have their record labels.

For the records, Olamide is the owner and CEO of YBNL music one of the most popular record label group in the country today. He has also featured in many other songs by other musicians.

Both have signed numerous endorsement deals. Chief among them is Nairabet which phyno is the current ambassador in a deal worth milliona of Naira and Olamide signed with Ciroc and Etisalat.

Both rappers are not yet married and have baby mama’s, which is the current trend among musicians in Nigeria today.

Do you agree with my analysis on who is the richest and better rapper between Olamide and Phyno? Let me hear your views in the comment section below.