Infractions or Offences are either acts, behaviors and omissions that subject the person who committed them to punishment under the applicable laws of the land. Felons, misdemeanors, and simple offenses are all types of offences. A person must have committed one of the offences listed below, helped another person commit the offense, got someone else to commit the offence, or enabled the offense by not doing anything to prevent the person from committing the crime in order to be held accountable under the Criminal Code Act for any of the listed offenses. 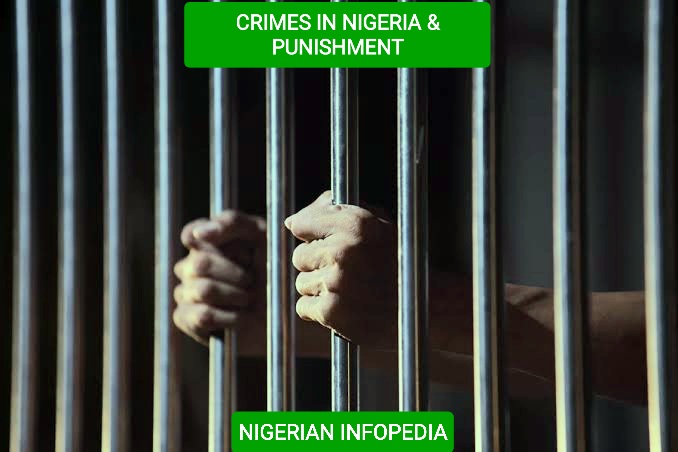 The various offenses that are punishable in Nigeria are listed in this article. For information on what they are, keep reading.

These offences listed above are the various offences that are punishable by law in Nigeria today. The painful truth about these crimes is that, they are all committed in open broad day light by citizens, especially the elite in the country and they get away with it. Sometimes, it feels that the law was made by the rich to oppress the poor as most people feel higher than the law. What’s your take on the various types of offences as seen in this write-up?