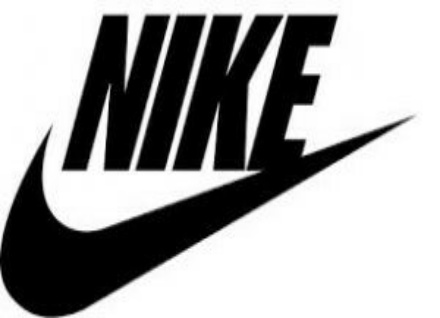 The Nike brand is a popular brand that deals mostly with the design, development, marketing and sales of sport outfits, footwear, equipment, apparel, accessories and other services.

Nike is an American multinational company known globally and are also sponsors to many football clubs in the world, players and athletes alike. Their direct rival or competitor is Adidas.

The headquarters of Nike company is near Beaverton, Oregon, in Portland metropolitan area. It is the world’s greatest supplier of footwears mostly for athletes and apparel and a major producer of sports apparatus, with income in excess of US$24.1 billion in its annual budget.

The company boasts of a workforce of more than 40-44,000 people all over the world as at 2012. Just recently in 2017, the Nike brand amassed a profit of $29.6 billion, making it the most rated label amongst sport businesses.

Nike, which was formally known as Blue Ribbon Sports was founded by Phil Knight and Bill Bowerman on February 25, 1964, the name was officially changed to Nike Inc. on February 30, 1971. It is said that the firm took its name from Nike, the Greek goddess of victory.

Nike also owns Bauer Hockey, which was acquired and later renamed Nike Bauer from 1995 and 2008, and formerly possessed Umbro and Cole Haan.

Furthermore, to produce sportswear and apparatus, the company operates marketing stores under the Nike town name. As earlier said, the company finances many high-profile athletes and sports groups on the global stage, with the most known logo type of “Just Do It” and the Swoosh logo.

In addition, Nike is widely known when it is about inventive products. In 2015, the company initiated a new self-lacing shoe called Nike Mag. It also initiated an instalment (Premium) line, which concentrated more on streetwears than sportswear called Nike Lab.

In February 2017, the company declared its launch of a clothing line that is plus-sized, which featured new sizes 1X through 3X on more than 200 results.

To get original Nike products, you would need to know the address of Nike affiliated stores in Nigeria and their locations.

Now that you have gotten a preview on the company, below are the locations where you can get your own original footwears from or anything of your choice and how you can contact them in the country.

As at now, there are several alternatives on where you can get Nike. You can visit the Fast Forward stores in Lagos. These stores are well known to sell products from labels like Nike, Levi, Adidas, Swatch and TM Lewin brands.

They are located at the major shopping centers in Lagos, Nigeria which includes the Surulere Mall, the Ikeja City Mall, MM2 Airport, and Palms.

There is also an authorised Nike store at 27, Allen Avenue, Omole Phase 1, Ikeja, Lagos, Nigeria. You can also find any Nike products of your choice online in stores like Jumia and Konga.

This is another sporting goods store in Lagos. They are retailers, selling a range of Nike athletic footwear, apparel & accessories. Their address is at Shonibare Estate, Maryland 100001, Lagos. Their phone number is 08027176798.

United States- For any enquiries and assistance that has to do with corporate matters (donations/sponsorship, general feedback, idea/invention submissions, for Nike) or for help with product you acquired from an authorized Nike retail partner, please contact them on 1-800-344-6453 (7 a.m. – 4 p.m. Monday – Friday).

For those who reside in Africa, contact them at [email protected]

These lines above are answered during business hours and are also checked regularly for messages. Be careful not to purchase the fake products as they are imitations now in the market.