The Nigerian State Security Service (SSS) is also known as Department of State Services (DSS). They are the main intelligence agency of Nigeria. The SSS operates as a department within the presidency and is under the control of the National Security Adviser. One of the primary functions of the DSS is to protect senior government officials, especially the President of Nigeria, 36 State governors and foreign envoys. 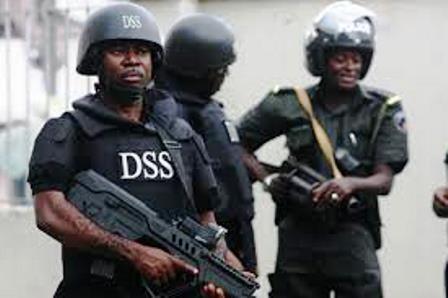 Functions/Mission of the State Security Services

The mission of the SSS/DSS is to protect and defend the Federal Republic of Nigeria against domestic threats, to uphold and enforce the criminal laws of Nigeria, and to provide leadership and criminal justice services to both federal and state law-enforcement organs. As earlier pointed, the SSS is also charged with the protection of the President, Vice President, Senate President, Speaker of the House of Representatives, State Governors, their immediate families, other high ranking government officials, past presidents and their spouses, certain candidates for the offices of President and Vice President, and visiting foreign heads of state and government.

The SSS has constantly adapted to various roles necessitated by evolving security threats in Nigeria including counter-terrorism and counter-insurgent.

Achievements of the DSS

The Department of state service in Nigeria has recorded a number of achievements since its inception during the Babangida military regime in 1986. Some of those recorded successes includes:

Failures of the SSS

Although, the SSS recorded some feats of victory, it also had its failures which it was heavily criticized. Some of this non-achievements includes:

The information on the salary structure of the SSS is classified but according to an investigative finding on the Nigerian police monthly salary done by premium times, the Director General of the SSS earns about N1, 336 million per month. You can see the report from Premium Times HERE.

The SSS operations are normally classified and it is run by tireless veterans who spend years studying their prospective recruits(for the core agents) stealthily before contacting them for possible employment. Veterans in the service hardly retire and are capable of operating underground with the highest level of secrecy. The veteran works to know everything in his domain and without, and in saying nothing of it except if needed by the state through his superiors.

They are drilled to find their own pleasure inwardly in the number of secrets at their disposal to the use and ultimate satisfaction of the state instead of the worth at street value. Some work solely as SSS (secret service agent) while some live double lives – working as policemen, soldiers, civil servants, businessmen and women,naval staff, anything. SSS agents are known to use sophisticated weapons.

Unlike other security agencies like the Nigerian Police, army, navy and Air force that recruits officers yearly, the SSS don’t have a specific period of recruiting people. Recruitment can happen anytime. Successful applicants undergo series of test and intensive training for 6 months or more. Educational qualification for the Nigerian Security Service includes holders of WAEC & NECO, graduates with relevant degrees as the agency deems fit.

ALSO READ:  How To Join Mopol In Nigeria: Recruitment & Application (2022)

The SSS headquarters is informally known as the “Yellow House”, it is located on the northern edge of the three-arms zone on Aso drive in Maitama, Abuja. The official website of the SSS/DSS is http://www.dss.gov.ng/ and their motto is “loyalty, vigilance, verity”