Nigerian spices come packed with nutritional and therapeutical benefits. However, most people consume these spices not for their nutritional benefits or it importance on their health but because of their spicy nature.

That is why some people naturally become inclined to some spices that are less nutritious and move away from others that are a wealth of nutritious elements. This shows how the taste and aroma that comes with a spice dictate it use.

Today, you would be introduced to some Nigerian spices and their nutritional and health benefits.

Its a known fact that the onion bulb is packed with a lot of nutritional and health benefits. For years, the spicy nature of this plant had help enhance the taste of meals of a lot of people (excluding me).

Onions among other health benefits have been known to lower the level of bad cholesterol and can help prevent cancer among other benefits.

There are many varieties of culinary herbs such as cloves which are aromatic dried flower buds that were prized by the Ancient Romans. One report states that ancient Chinese used to chew clove flowerets before meeting with the emperor.

This was to prevent their breath from smelling bad. Cloves are packed with antioxidants and minerals like manganese, fatty acids, fibre and vitamins.

Apart from its common uses as a spice for adding flavor to food, cloves also serve various health functions. Cloves can be used as anodyne (painkiller) for dental emergencies.

They also relieve upper respiratory infections; the oil can be used to massage sore muscles. When mixed with olive oil, it can treat scrapes and bruises.

Turmeric is one of the widely known trusted Yoruba herbs used by people that had come to be known as a herb that comes with properties that makes it cure and prevent some diseases.

Turmeric is a naturally occurring spice widely used in South Asian and Middle Eastern cooking and has long been known to have medicinal properties.

Its medicine value is tied to its anti-inflammatory effects. Some studies have shown that turmeric can suppress the growth of certain cancers and in India, women for years have been using turmeric as an anti-aging agent rubbed into their skin, to treat cramps during menstruation and as a poultice on the skin to promote wound healing.

Scent leaf is a wonderful vegetable which is known for its peculiar colour and it’s greatly appreciated for its nutritional and medicinal benefits.

It is cultivated in Nigeria and known as Nnchanwu by the Igbos, Efinrin by the Yorubas and Daidoya by the Hausas. Scent leaf is normally used as a spice for the preparation of stews and soups.

It provides prevention and cure against illnesses such as malaria, cough, catarrh, fever, cholera, diarrhoea, dysentery, vomiting and convulsion.

Cinnamon is another nigerian spices and culinary herb taken from the inner barks of several trees used in both savory and sweet foods. It has been in existence since ancient times.

Like cloves, cinnamon can be used to treat muscle spasms; diarrhea, vomiting and can also cure common cold and loss of appetite.

Cinnamon has special properties that help in blood sugar control in people with type 1 or 2 diabetes. However, cinnamon may have side effects when consumed recklessly.

Fluted pumpkin leaves popularly known as Ugwu, is arguably the most popular leafy veggie in Nigeria.

Ugwu leaves are also used in the preparation many Nigerian dishes, and can also be eaten on its own.

This herb has health benefits such as its ability to prevent premature aging and helps in the production of blood cells.

While this is known in many cultures in Nigeria, it is most common to the Urhobo people and they had fallen in love with it as a result of its aromatic fragrance and health benefits.

Personally, the only thing I use lemon grass for is preparing tea and I heard it is used for the preparation of lots of delicacies. It had also been attributed to the treatment of stomach disorder, common cold and fever.

Cardamom belongs to several plants related to the ginger and India, Nepal and Bhutan. Cardamom can be used as a spice, flavoring for both foods and drinks and medicine.

It was also reportedly used as an antidote for both snake and scorpion venom. What do you think of these Nigerian spices and their nutritional and therapeutic benefits? 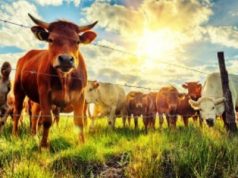 How to Improve Livestock Farming in Nigeria: Top 8 Ways 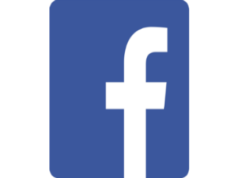 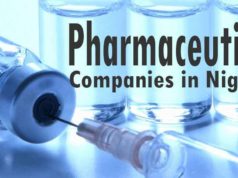