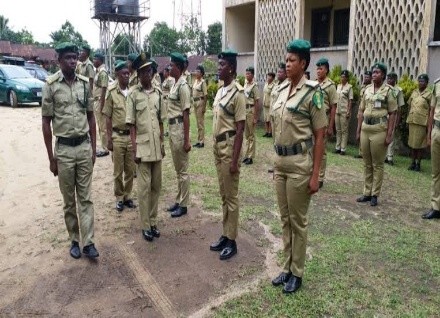 The Nigerian Correctional Service, abbreviated NCS, is a government endorsed security correctional organization, headquatered in Abuja, and is responsible for all the prison issues and facilities in the country.

Formerly known as Nigerian Prison Service,  the prison service was set up as a paramilitary organisation so as to help official security groups like the Police and Army in discharging it duty of detainment of criminal offenders and prisons. The duty of prisons service is managed by this organistion, in which the country has more than 240 prisons with over ninety thousand inmates, and this, makes the work services of NCS personel to be vast in operations.

Types of Prisons in Nigeria

Nigerian Prisons are of various types which includes ones for different gender, age and some special prisons for critical prisoners as the case might be.

The Nigerian Prisons Service has the following type of prisons:

Hierarchy of Ranks in the Nigeria Correctional Service

Regarding the administrative ranks of the Nigerian Prisons Service, the Controller-General is the highest ranked personel of the Correctional service. He acts as the head of the body. He liases with the President through the Minister of Interior, Civil Defense, Fire, Immigration and Prisons Services Board in managing all prison services in the country.

The Controller-General is helped by six Deputy Controllers- General (DCGs) who head the six wide regulatory divisions considered as “Directorates” into which the service is broken for effective administration. These are for the administrative heads, as the hierarchical order goes down depending on the positions.

Here is a list of all current ranks in the NCS from the highest to the lowest.

The Controller-General of Prisons (CGP)

The controller general is the highest ranking officer in the Nigeria Prison Service rank structure. He also doubles as the head of this government correctional agency.

The Assistant Controller-General of Prisons

This is the third ranking officer in the hierarchy of the Nigerian Prison Service rank structure. They are in charge of the zonal command of the NPS.

The Controller of Prisons

The controller of prisons is next in line in the administrative rank structure of the Nigerian Prison Service. It is their duty to head or control the different prisons in each state.

They are officially known as Superintendent of Prisons (SP) and they are in charge of a prision unit. They report directly to the Controller of prisons, and supervise day to day activities within the prison facility plus the welfare of inmates.

He is the second in command after the Prison warder at the unit level. His role is mostly administrative as he helps or deputizes for the Superintendent of Prisons.

Assistant Superintendent of Prisons I (ASP.I)

The Assistant Superintendent of Prisons I is confirmed and is next in line after the DSP in the NPS.

All the staff payments and salaries of the Nigerian Correctional Service is controlled by the government payment system known as the Consolidated Paramilitary Salary Structure (CONPASS). The role of CONPASS in the salaries of Nigerian Prisons Service is to ensure that officers are given salaries according to their ranks in a hierarchical order which is added to their essential pay rates.

The Nigerian Correctional Service salary structure per month for its officers this 2023 is based on the rank. A prison worker can be paid an annual salary between ₦800,000 – ₦1 million. This means that the average salary for prisons workers in Nigeria is ₦50,000 on a monthly basis.
In the Nigerian Prisons Service, it is the higher the rank, the higher the salary.

This implies that the top administrative head of this organisation earns more, as seen in the Comptroller-General as he procure the most salary security service. Another factor that alters the increase in staff salary, is educational qualification as it is povital to receiving a good pay in the Service.

Below is the pay structure for different ranked officials in the Nigerian Correctional Service. They are grouped into different classification depending on their rank;

A Prison Superintendent is a high rank official of the Nigerian Prisons/Correctional Service, and their salary structure is organized as per CONMESS 02. CONMESS is the united salary structure for these specialists. The educational qualification of officers of this rank is a BSc, MBBS/MD/MDS (Medical), and any other higher degree in any programme.

The pay of these NPS administrative employees is also organized as per CONHESS 09. CONHESS is the solidified salary structure for workers in this category.
To be qualified for this rank, you must posses a degree (preferable higher) from a recognised instituition.

Assistant Superintendent I (ASP I)

The salary of the associate director of Prisons I and it facilities is also organized as per CONPASS 09. The necessary educational requirement of employees for this rank is BSc, or on the other hand Master’s degree in Humanities, Architecture, Engineering, Radiology, and so on The degree must be gotten in a formal university college.

The pay of the associate superintendent of Prisons II is managed as per CONPASS 08.
A degree in Psychology; Public Health or Social Sciences; or Social Works, and so on, is the required educational qualification one must meet for this rank. The degree must be gotten in a formal and recognised university of study.

CONPASS 08 is also applicable on the salary structure of Senior Inspector in the Nigerian Prisons Service. This rank requires an educational qualification of HND in Humanities, Psychology, Public Health or Social Science/Social Works, etc. to be able to meet this office. It is also necessary that such certificate must be gotten from formally recognised university or polytechnic.

The salary pay of an inspector of prison is structured as per CONHESS 06. The required qualification to meet for this rank is a degree in Nursing, also certificate in Midwivery or school of Nursing equivalent. The certificate required for this post must be from a recognised school of learning.

An assistant inspector of prison acts as an overseer aide in the NPS. These official’s salary are structured as per CONPASS 06. The educational prerequisites for this rank is OND/NCE for those on General Duty, and a degree for higher rank. Also, these certificates should be from a recognised and approved institution of learning.

Prison Assistant I (PA I)

These are the first class of Prison employees that functions on assisting in menial works in prisons. Prison Assistant I salary are organized as per CONPASS 05.
The qualifications for this position are GCE (conventional), SSCE or its equivalent, NECO or WAEC with not less than 5 credits (English and Mathematics) in at most 2 sittings.

The salary structure of the middle class Prison Assistant is organized as per CONPASS 04. The certificate qualification for this rank are GCE (customary), SSCE, WAEC or NECO or their equivalent in not less than 5 credits (including English or Trade Test grade 2) in at most 2 sittings. This incorporates Mechanics, Plumbers, Masons, Auto Electricians, Carpenters, etc.

Prison Assistant III is the third level rank of assistants in prison by the Nigerian Prison Service. The salary structure of these employees is organized as per CONPASS 03.
The prerequisites for the job position includes GCE (standard), SSCE, NECO or WAEC, they should be in not less than 3 credits (English or Mathematics inclusive) in most extreme two sittings.

The Nigerian Prison Service (NPS) now Nigerian Correctional Service is a functionary of Nigerian forces, and their objective is to manage prisons in the country. Other functions of the Service include: Guaranteeing that the different kinds of prison and it facilities in the nation are overseen as the law stipulates; Producing detainees or prisoners inmates to courts as at when due; and Securing the prison and guaranteeing that rules governing inmates are carried out strictly and safely.

The Nigerian Correctional Service is government agency that often times recuit people to work in their openings. By this, a lot of people may enquire about the Ranks and Salary Structures of the NPS. We attempted to this, by providing it all in this writeup.