Looting of money in Nigeria isn’t anything new. Corruption in Nigeria didn’t just start today as there are people in the history of Nigeria that have looted millions and billions of dollars from Nigeria’s treasury. 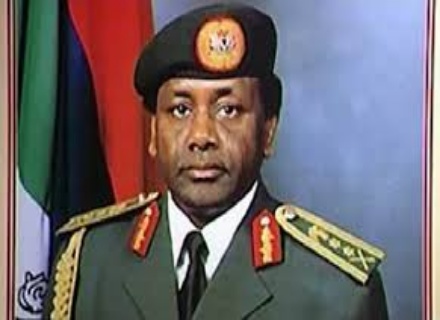 This set of people are today celebrated as hero’s instead of being probed or put behind bars. Some of them were even put on the list of richest politicians in Nigeria as released by the FBI.

These Nigerian looters have gone down in history as the most corrupt politicians in Nigeria as the monies they looted if channelled into the right places, Nigerians today won’t be talking of recession.

First on the list of biggest looters in the history of Nigeria is General Ibrahim Badamasi Babangida. He was once a military president of Nigeria  from 27 November 1985. It was he overthrew Major General Muhammadu Buhari from office in a bloodless coup. He also annulled the popular November 12 election that saw the late M.K.O Abiola win. During his regime, human rights was severely abused.

Although, he transferred power back to Olusegun Obasanjo on 29, November 1999, he too looted a lot of money from Nigeria’s treasury. It was said that he looted 1.31bn pounds, 2.33bn Swiss franc and 800M USD. After General Sani Abacha died, he took over and it was during Abubakar’s regime that Nigeria adopted the 1999 constitution.

He was one time Vice Admiral of the Nigerian Navy and vice to General Abdusalami Abubakar, former head of state in Nigeria. He looted 1.24bn pounds, 2.42bn, swiss franc, and 671M USD, 1bn Deutschmark.

Fourth on our list of people who squandered Nigeria’s money is General Jerry Useni. He was a Lt. General in the Nigerian Army and was once the appointed minister responsible for the administration of the Federal Capital Territory under Sani Abacha military regime. He served in other political positions. He looted 3.04bn Pounds, 2.01bn Swiss franc, 1.01bn USD, and 900M Deutschmark.

Under Abacha’s military rule, Ismaila was the National Security Adviser. He was a senior police officer until his retirement. He looted 1.03bn pounds, 2.00bn swiss franc, 1.3bn USD, and 700M Deutschmark.

Umaru Diko was hunted by Buhari for looting 4.5bn pounds, 1.4bn swiss franc, 700M USD, and 345M Deutschmark. He was an adviser to President Shehu Shagari and the Nigerian minister for Transportation from 1979 to 1983.

He served as Governor of the Central Bank of Nigeria under two administrations. He looted 300M pounds, 1.42bn swiss franc, 200M USD and 500M Deutschmark. He is also among the top 10 Nigerian looters in history.

In Nigeria’s history, he was termed a dictator who never valued human rights. The money he looted while in power was difficult to put together as more facts of the money Abacha’s stole still emerges today. It was did that he looted 9.01bn pounds, 4.09bn swiss franc, 800M USD, and 3.01M Deutschmark. He was the de facto Military head of state of Nigeria and reigned from 1993 to 1998 after he overthrew IBB.

Just like his father, he too was involved in looting funds from Nigeria treasury during his father’s regime. He is the eldest surviving son of the late Dani Abacha’s. He looted 300M pounds, 1.2bn swiss franc, 150M USD, and 535M Deutschmark.

Finally on our list of looters in the history of Nigeria is Wada Nas. It was said that looted 600M pounds, 1.32bn swiss franc, and 300M USD.

It should be pertinent to note that these men took advantage of their positions in office to divert public money to their private purses. Some of these looters still decide how things are run in Nigeria as they have influence over things in Nigeria.