An ambassador is a high-ranking diplomat who represents a country abroad on behalf of its government especially on diplomatic matters. Nigeria as a country has 47 ambassadors representing her in various countries of the world. 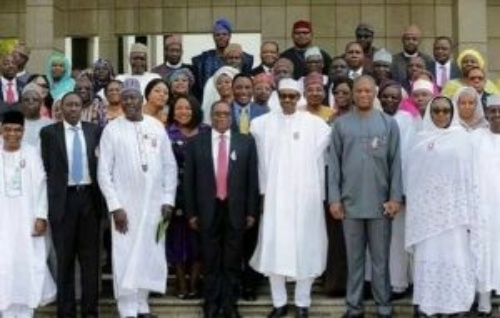 These new ambassadors carry out specific duties such as taking charge of the embassies, work to represent and advance the foreign policy goals of the Nigerian president and his administration in other host countries it has diplomatic relations with.

Ambassadors are normally resident, this means that they live in the host country to which they are assigned. Its only in some few cases whereby a resident ambassador may be assigned to another neighbouring country.

Nigeria also rely on its ambassadors abroad to build and maintain strong diplomatic and economic relationships with foreign nations that are of strategic importance to her interest.

Anytime there is conflict of interest with international relations between Nigeria and Canada for instance, it is the role of the ambassador there to lead negotiations with the host government in order to find a lasting diplomatic solution.

Please note that 45 out of these 47 ambassadors, were deployed as career ambassadors-designate to their respective countries for accreditation and would resume duty at the countries of assignment after a letter of consent is sent to the Nigerian Government.

ALSO READ:  List Of All Yoruba States in Nigeria

The below names are the new ambassadors appointed by President Muhammadu Buhari and has been sent to the Senate for confirmation.

NI has the current list of the ambassadors sent to the Nigerian Senate for confirmation by President Muhammadu Buhari.

The senate had received from President Muhammadu Buhari a letter requesting that the confirmation of 42 career Ambassadors-designate be formally confirmed. It was read on the floor of the National Assembly by the President of the Senate, Ahmad Lawan.

The letter reads: “In accordance to section 171 (1),(2)(c) and subsection (4) of the 1999 Constitution of the Federal Republic of Nigeria as amended. I have the honour to forward for confirmation by the Senate, the under-listed forty-two (42) names of nominees as Career Ambassadors-Designate.”

The Ambassadors-designate for confirmation and their states include:

Note that these list of Nigerian ambassadors will be updated as new names are expected to be changed depending on the decisions of the government in power.