The Nigerian Air Force (NAF) is the air arm of the Nigerian Armed Forces. It is one of the largest in Africa, consisting of about 10,000 personnel and aircraft including 12 Chinese Chengdu F-7s, and 11 Dassault-Dornier Alpha Jets, 12 Embraer EMB 314 Super Tucano, armed helicopters, and military transport aircraft. 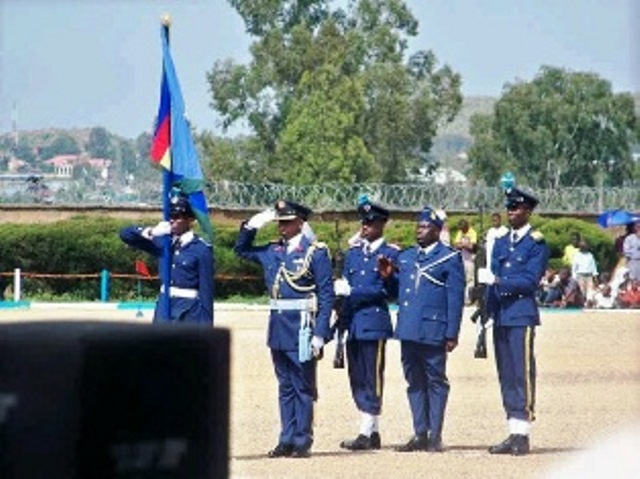 According to information provided on their website (www.airforce.mil.ng), the mission of the Nigerian Air force is to ensure the integrity of the airspace by gaining and maintaining control of the air while retaining a credible capacity to fulfill other air-power tasks demanded by national defense and security imperatives.

The Nigerian Army never had an air arm of it own until in 1962 when the government began to recruit cadets for pilot training in various foreign countries, with the first ten being taught by the Egyptian Air Force. Before this time, Nigeria relied on the United Kingdom for air defense.

The Nigerian Air Force was formally established on 18 November 1964 with the passage of the Air Force Act 1964 by the National Assembly. The Act stated that the ‘Nigerian Air Force shall be charged with the defense of the Federal Republic by air, and to give effect thereto, the personnel shall be trained in such duties as in the air as well as on the ground. Listed below are some of their functions

The Nigerian Air Force recruits yearly to enable it get the required man power to carry out its functions. This article will show you how to apply for the Nigerian Airforce as a graduate.

The Nigerian Air Force regularly recruits new officers and airmen/women either through their regular recruitment or the Direct Short Service Commission (DSSC). Our focus in this article is on the DSSC recruitment as it’s the most suitable for most graduates.

Before proceeding, you need to know the difference between the Direct Short Service and Short Service as it gets mixed up easily. They are both short-term military training exercises (usually 1 year). And they are both targeted at military personnel who have served in their respective units for not less than 5 years or civilians who graduated from recognized higher institutions.

Direct Short Service are for applicants looking to further in their respective fields of study in the Nigerian military. For instance, if you graduated as a medical doctor, then the DSSC will be most suitable for you. Short Service Combatant Commissions on the other hand are for applicants who which to get deployed to infantry, artillery or other combatant units upon the completion of their one-year military training.

From now till the end of the article, the focus of this article will be on the Nigerian Air Force Direct Short Service and how to apply for it.

To be accepted into the Nigerian Air Force Direct Short Service Commission Course, you need the following criteria.

Please note that application is completely free and done online through their website. To apply visit http://www.airforce.mil.ng/.

Currently, there’s no recruitment going on. However, if it was on, you are generally expected to print out the following after completing your application.

Be aware that the Nigerian military or her personnel will not ask you to bring money or any other incentives when they start recruiting officers to influence applicants chances of gaining entry into the armed forces. Any candidate who does so, does it at his or her own risk.