In this write-up, we list all local government areas and towns in Niger state. Niger is the biggest state in Nigeria in terms of landmass and one of the notable in the country, we’ll also highlight an overview of it. 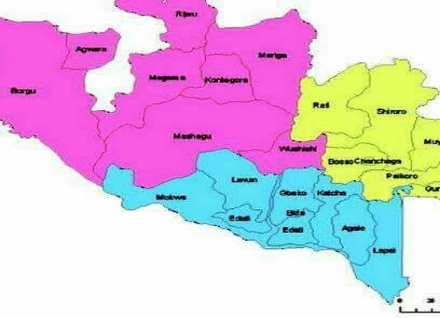 Niger state which got it name from River Niger, is the largest state in Nigeria by land mass. The state came into existence on 3rd December, 1976 when the then regime of General Murtala Mohammed created the state from North Western region. Its capital is in Minna city. Niger State is located in the north-central part of Nigeria, and it covers a land area of 76,363 square kilometres to be the largest state in the country.

Niger state shares common boundaries with Kaduna State and Federal Capital Territory, Abuja States in the East and South-East respectively, Kebbi and Zamfara in the North, Kwara and Kogi States in the South and Benin Republic in the East. Niger state is made up of mostly Nupe, Bida, Fulani, and a small variation of other ethnic groups. On religion, the state has a small majority of Muslims, with the remaining are Christians and traditional worshipers.

List of Local Government Areas and Towns in Niger State

There are twenty-five (25) local government areas in Niger State. Minna, the state’s capital is the largest city in the state. Other notable urban areas include Bida, Kontagora, and Suleja.

Here is the rundown of towns and local government areas in Niger State:

Bida LGA is a one of the renown local government area in Niger State. It has an headquarter in Bida, a commercial urban centre in the state. Notable urban areas and districts in Bida LGA include: Bida, Bariki, Kyari, Dokodza, Landzun, Masaba, Masaga, Wadata, Nassaratu, Umaru, Majigi, Decemberaki Ndajiya and Ceniya.

Bosso LGA is one of the local government area in Niger state. It has an headquarter domiciled in town of Maikunkele, with other urban areas like: Bejo, Beji, Bosso, Chanchaga, Garatu, Kampala, Kodo, Maikunkele, Maitumbi and Shata also making up the area.

Chanchaga LGA is a capital local government area in Niger state. It has an administrative headquarter in Minna city, the capital of the state. As a developed area, there are lot of towns which include Babeji, Minna and the rest of other notable places.

ALSO READ:  List of Requirements For Studying Nursing in Nigeria (2022)

Rafi LGA is one of Niger State local government area. It has an headquarter sited in the town of Kagara and the area consists of other towns and districts which include: Rafai, Kagara, Guna, Kusheri, Kwon, Goma, Tegina, Kongoma Central, Kongoma West, Kundu, Kushirki North, Kushirki South and Sabon Gari.

Tafa LGA is one of Niger State local government area. With an administrative capital in town of Wuse, other urban areas include: Tafa, Dogon-Kurmi, Garam, Ija, Iku, Jakoro, New Bwari, Wuse and Zuma.

Wushishi LGA is a local government area in Niger state. It has an headquarter in the town of Wushishi, where the area got it name from. Notable urban areas include: Wushishi, Zungeru, Tukunji, Yamigi, Sabon Gari, Maito, Lokogoma, Kwata, Kodo, Akare, Barwa, Gwarjiko and Kanwuri.

Niger State is referred to as the ‘power state’ due to the presence of two of the country’s major hydroelectric power stations: the Kainji dam and the Shiroro dam in the State. The State is also attracted to visitors, with tourist attractions like Bina Footprints, First Railway Locomotive Engine, Gurara Waterfalls, Lord Lugard Colonial Ruins and Zuma Rock being the notable fascinating sites. This article outlined the local government areas and towns in Niger State so as to give you a guide.