See all Nestlé factories in Nigeria and their various locations in this article.

For those who drink Milo as beverage or spiced their food while cooking with maggi, you might not be aware of the company that produced these products.

The company behind products such as Maggi and Milo is Nestlé. Over the past fifty years till date, Nestlé have maintained constancy and are regarded as one of the top manufacturers in the country.

In this write-up, we highlight not only the products, but history and the location of Nestlé factories in Nigeria. 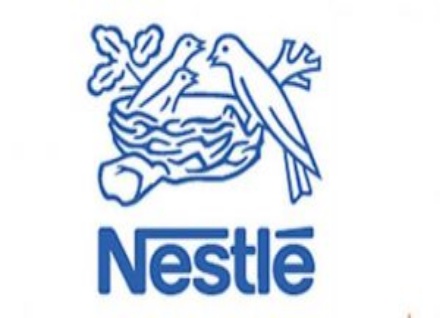 Nestlé history can be traced back to 1860’s. The company was formed under the merger of two swiss companies.

One of the founding companies was fouded by Henri Nestlé whose firm marketed milk-based baby food in Europe while the other, Anglo Swiss Condensed Company was formed by two American brothers, Charles and George Page.

It was no surprise that both companies were successful in their dealings, expanding & monopolizing the European and the American market respectively.

The idea to merge came up and in 1905, Nestlé was formed which saw a massive increase in stock, sales and even popularity for the enterprise especially in the U.S.

Nestlé is presently the largest food and beverage company in the world, boasting of more than 2000 brands both locally and internationally. Nestlé is also present in 194 countries.

Also, among the 194 countries where Nestle operates, the company boasts of having 447 factories that are fuctional, with a workforce of over 339,000 people.

Nestlé also has interest in the world’s largest cosmetics company L’Oreal as one of its major shareholders. The headquarters of Nestlé is located in Switzerland in Vevy, Vaud.

The vision of Nestlé is to contribute to a healthier future by enhancing the quality of life of individuals.

In Africa, Nestlé began operations in 1957. At first, the company was involved in the distribution of its products to countries in Central and West Africa. It has on record that it opened its first factory in Ghana before expanding to countries like Nigeria, Cote d’Ivoire and Senegal.

Nestlé’s Ghana has always been the main headquaters representing Nestlé’s Products Ltd. The headquarters of the company for its Central and West Africa division (Nestlé CWAR) is located at One Airport Square, 4th Floor Plot No. 21, Airport City, Airport Area in Accra, Ghana

Nestlé CWAR currently has a total of 13 Operating Company Plants, with staff Strength of over 6,500 persons.

Nestlé Nigeria has always succeeded inspite of the various competitions as one of the foremost food manufacturing and marketing company in the country.

Their various products ranges from baby foods, chocolate, cereals, confectionery, coffee, dairy, and drinks. Nestlé Nigeria is also involved in the manufacture and distribution of purified water across the country. No wonder they are the leading nutrition, health and wellness company.

Nestlé currently has 2 factories in the Nigeria apart from others that are in other African countries. We have listed the addresses of these factories below:

Other African Factory locations include: