The National Agency for the Prohibition of Trafficking in Persons (NAPTIP) is Nigeria’s multidisciplinary Agency created to tackle the scourge of human trafficking.

What NAPTIP Is All About

NAPTIP coordinates law enforcement, protection and preventive initiatives of the various levels of Government and Non Governmental Organisations working in Nigeria. The unique organisational mandate of NAPTIP enables the organization to suppress human trafficking, prosecute its perpetrators and offer a range of protection services to victims of the crime, including temporary sheltering, counselling, rehabilitation, reintegration and access to justice.

The National Agency for the Prohibition of Trafficking in Persons, NAPTIP has a modest staff strength deployed in eight states across Nigeria’s geopolitical regions which enables it to carry out its mandate in the 36 states of the country and the Federal capital territory. Recently, the Nigerian legislature extended the mandate of NAPTIP in a new legislation that prohibits and punishes acts of violence against persons, in the Federal Capital Territory, Abuja. 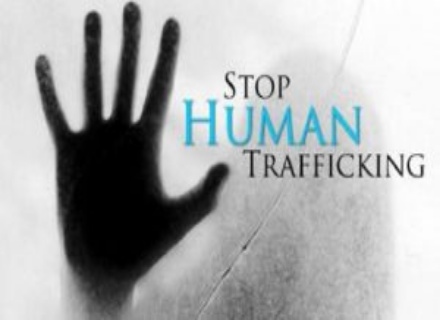 The Agency is the Federal Government of Nigeria’s response to addressing the scourge of trafficking in persons. It is a fulfillment of the country’s international obligation under the Trafficking in Persons Protocol to prevent, suppress and punish trafficking in persons, especially women and children, supplementing the United Nations Transnational Organized Crime Convention (UNTOC).

Nigeria became a signatory to the Transnational Organized Crime Convention and its Trafficking in Persons Protocol on 13th December, 2000. Article 5 of the Trafficking Protocol enjoins States Parties to criminalize practices and conduct that subject human beings to all forms of exploitation which includes in the minimum sexual and labour exploitation.

The Trafficking in Persons Act 2003 was an outcome of a private member bill sponsored at the National Assembly by the Women Trafficking and Child Labour Eradication Foundation (WOTCLEF), a non-governmental organization founded by Mrs. Amina Titi Atiku Abubakar, the wife of the Vice-President of Nigeria at that time.

The Bill was passed by the National Assembly on 7th December, 2003 and Presidential Assent given on 14th of December 2003. The law which is operational throughout the country created NAPTIP as a specific multi-disciplinary crime-fighting Agency and the nation’s focal institution to fight the scourge of trafficking in persons in the country using the four pronged approach of Prevention, Protection, Prosecution and Partnership.

The Trafficking in Persons (Prohibition) Law Enforcement and Administration Act, 2003 went through an amendment in 2005 in a bid to further strengthen the Agency.

However, in 2015, as a result of the new trends in the crime of trafficking in persons and the need to further strengthen the institutional framework, the Act was repealed and the Trafficking in Persons (Prohibition), Enforcement and Administration Act, 2015 was enacted. The new Act received Presidential assent on 26th December 2015.

The functions of the Agency are to –

(a) Enforce and administer the provisions of this Act;

(b) Co-ordinate and enforce all other laws on Trafficking in persons and related offences;

(c) Adopt effective measures for the prevention and eradication of trafficking in persons and related offences;

(d) Establish co-ordinated preventive, regulatory and investigatory machinery geared towards the eradication of trafficking in persons;

(e) Investigate all cases of trafficking in persons including forced labour, child labour, forced prostitution, exploitative labour and other forms of exploitation, slavery and slavery-like activities, bonded labour, removal of organs, illegal smuggling of migrants, sale and purchase of persons;

(f) Encourage and facilitate the availability and participation of persons who voluntarily, consent to assist in investigations or proceedings relating to trafficking in persons and related offences;

(g) Enhance the effectiveness of law enforcement agents and other partners in the suppression of trafficking in persons;

(h) Create public enlightenment and awareness through seminars, workshops, publications, radio and television programmes and other means aimed at educating the public on the dangers of trafficking in persons;

(i) Establish and maintain communications to facilitate rapid exchange of information concerning offences under this Act;

(k) Implement all bilateral and multilateral treaties and conventions on trafficking in persons adopted by Nigeria;

(l) Strengthen co-operation and conduct joint operations with relevant law enforcement and security agencies, international authorities and other relevant partners in the eradication of trafficking in persons;

(i) the protection, assistance and rehabilitation of trafficked persons; and

(ii) all functions and activities relating to investigation and prosecution of all offences connected with or relating to trafficking in persons;

(o) Conduct research on factors responsible for internal and external trafficking in persons and initiate programmes and strategies aimed at the prevention and elimination of the problem;

(p) Facilitate rapid exchange of scientific and technical information concerning or relating to trafficking in persons;

(i) movement of proceeds or properties derived from trafficking in persons and other related offences;

(ii) identities, location and activities of persons suspected of being involved in trafficking in persons and other related offences; and

(iii) exchange of personnel and other experts;

(r) Establish and maintain a system for monitoring trans-border activities relating to trafficking in persons in order to identify suspicious movements and persons involved;

(t) Initiate, develop and improve special training programmes for personnel of the Agency and relevant law enforcement agents charged with the responsibility of detecting offences created under this Act; and

(u) Carry out such other activities as are necessary for the efficient discharge of the functions conferred on it under this Act.

The Agency has the power to –

(a) Investigate whether any person, body or entity has committed an offence under this Act or the offence of trafficking under any other law;

(b) Enter into any premises, property or conveyance for the purpose of conducting searches in furtherance of its functions under this Act or under any other law;

(c) Arrest, detain and prosecute offenders under this Act or any other law on trafficking in persons in Nigeria;

(d) Trace, seize, detain or retain the custody, for the purpose of investigation and prosecution, of any property which the Agency reasonably believes to have been involved in or used in the commission of offences under this Act or any other law;

(e) Seal up premises upon reasonable suspicion of such premises being involved with or used in connection with offences under this Act; and

(f) Seek and receive information from any person, authority, corporation or company without hindrance in respect of the enforcement of any of the provisions of this Act.

The official website for the National Agency for the Prohibition of Trafficking in Persons, NAPTIP is www.naptip.gov.ng