Home People Politicians Names of Senators in Nigeria And Their Constituencies (Updated, 2022)

The senate is the upper chamber of the Nigerian National Assembly which has senators representing their different constituencies/districts. A senator by contrast is an elected member of the senate. The salary structure of senators in Nigeria has been convered in our previous posts, as it covers all allowances and their monthly pay. This subject of our write is listing the different senators in the country and their respective constituency with political affiliation. 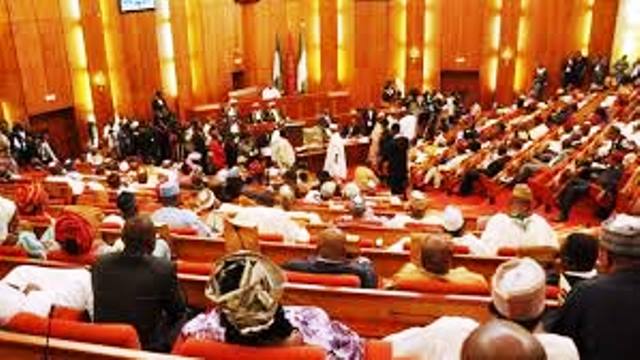 Senators elected into the Nigerian Senate are grade as the highest legislature, of which their primary function is to make laws governing the country. There are 109 senators representing the different constituencies from the 36 states of Nigeria.

Each state is divided in 3 senatorial districts each electing one senator to total 108 senators, with the Federal Capital Territory having only one senator to complete the list of senators in the country. The leadership of the Nigerian Senate is headed by the Senate President and other elected leaders of the Senate. Currently, Senator Ahmed Ibrahim Lawan of APC representing Yobe north constituency is the Senate President (since December 11, 2019).

Below is a comprehensive list of all Nigerian senators, their constituencies and political parties.

From the table above, it could be seen that from the available seats in the senate chamber, the ruling All Progressive Congress, APC occupies won 65 seats while the main opposition.

Peoples Democratic Party, PDP has 43 seats. Also, the Young Progressive Party (YPP) is the only party outside the two heavy-weights, having only a senator.