The name of God spoken in various Nigerian languages shows that Nigeria as a country has many ethnic groups, cultures and traditions. These groups are heterogeneous and they have different names that they call God, people and creatures. In this article, we’ll outline the different names Nigerian tribes call their God and the respective meanings. 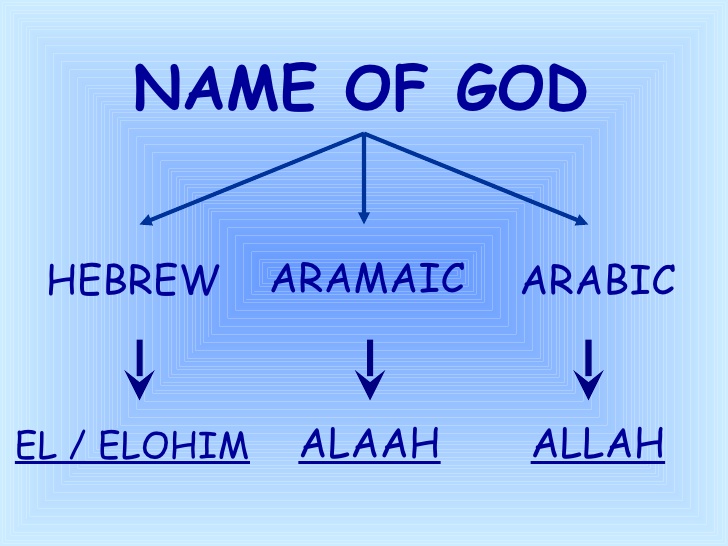 Its no new trend that Nigeria is a multi-ethnic nation with over five hundred local dialects spoken across these ethnic groups. These tribes have their own native language and in it they have their own way of calling God. These names represents how they view God in their language. The names given to God by each tribe or language is not unmeaningful, but rather it has an underlying meaning, usually in regarding the magnificence of God,  and also how they view their supreme being.

NAMES OF GOD AND MEANINGS IN DIFFERENT NIGERIAN LANGUAGES

A close look at the different ethnic groups in the country, it is crystal clear that this concept of having a supreme name for God is very common in these tribes. The Hausa speaking ethnic groups largely refer to God as ‘Allah’. But this name though is extensively used by the tribe, it is not originated from the ethnic group, that is why the name ‘Ubangidi’ is the traditional form of God’s name in Hausa. Another prominent ethnic group, the Igbos, take advantage of the title “Chukwu’’ to identify their God. This name means that God is the first being and the originator of all that exists. Also, the Yoruba speaking ethnic group call their God “Olodumare’’ which underlies the fact that God is forever mighty in every circumstance. However, lets know the specific names Nigerian tribes call their God, and their corresponding meanings in English.

Below are the different names of God in Nigerian tribes, and what they stand for;

ALSO READ:  Ethnic Groups in Nigeria And Their Foods

NAMES OF GOD IN HAUSA LANGUAGE

Hausa language is the most populous tribe in the country, and as such the language is widely spoken by a mojority of people. Though there are many names for God in Hausa, a lot of the language speakers call God “Ubangidi’’ which semantically transforms into English as “the only supreme being’’.

Here are the names of God in Hausa language and their meaning:

NAMES FOR GOD IN IGBO LANGUAGE

The Igbo speaking ethnic group is a prominent tribe found in the south-eastern region of the country. These are names they call their God and the respective meaning in English:

NAMES OF GOD IN YORUBA LANGUAGE

Yoruba is another populous tribe in Nigeria which has a large number of the language speakers. Yoruba indigenes live within the South-Western region of the country. Though the ethnic group has different names for God, but the most popular is ‘Oluwa’ which translates to God in English.

Below are the names Yorubas refer to their God, with their respective meanings in English language;

NAMES OF GOD IN IBIBIO DIALECT

The Ibibio-Efik speaking tribe is another ethnic group in Nigeria. They are found in the coastal south-western part of the country. This ethnic sect have a long history of existence, and they speak the Ibibio and Efik languages.

Here are what the Ibibio-Efik give their God’s name with meanings:

ALSO READ:  How To Send Money From Pakistan to Nigeria (2022)

NAMES OF GOD IN IJAW DIALECT

The Ijaw ethnic group is another one in the southern coastal part of the country. This tribe speaks variants of languages still under Ijaw. Here are the names they call their God with meanings:

NAMES OF GOD IN EDO

Here are the names of God among the Edo and Benin speaking tribe and the meaning:

NAMES OF GOD IN NUPE

The Nupes is a Northern ethnic group in Nigeria. Here are what they call God in their language;

NAME OF GOD IN BIROM

Here is what God is referred to in this language;

NAME OF GOD IN URHOBO

The Urhobos is a prominent ethnic group in Delta state. Here is what they call God in their language;