This post contains a comprehensive list of most influential politicians in Hausa land that are powerful and command respect in Nigeria. 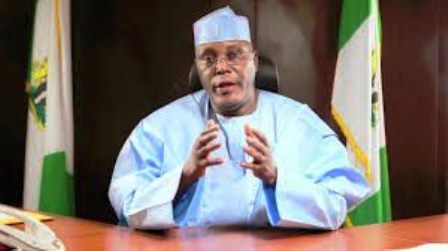 These politicians are extremely wealthy and have a lot of influence not only on the Hausa/Fulani speaking people but also in Nigeria. They also have a lot of political boys scattered in various powerful positions in Nigeria that carry out their bidding and makes sure that their interest is secured.

Top 10 Most Powerful Politicians In Hausaland

Buhari is the current President of the Federal Republic of Nigeria. He is also believed to be the leader of the Fulani/Hausa speaking people and tribe. He was also a military head of state in the 1980’s. Since he is the president and commander-in-chief of the armed forces, his influence is not binding only on the Northern tribe but in the whole Nigeria, which makes him the most powerful politician in Nigeria.

Often called “IBB”, he is on the list of richest politicians in Nigeria. He was one time military president of Nigeria. He has influence in Hausaland and also in the Nigerian military. He is a leader to the Hausa speaking people. The cornerstone of his influence lies in the massive wealth he possesses.

According to Wikipedia, Atiku Abubakar is a Nigerian politician, businessman and philanthropist, who served as the second elected Vice-President of Nigeria from 1999 to 2007, on the platform of the People’s Democratic Party, with President Olusegun Obasanjo. He hails from Adamawa state and is currently one of the most influential people in the Northern part of Nigeria.

He is also a Nigerian politician who was the former President of the Senate of Nigeria since 2015. Previously, he was the Governor of Kwara State from 2003 to 2011. Just as Bola Ahmed Tinubu is the most powerful politician in Lagos, a Yoruba land, Saraki is also the most influential in Kwara state. He was also the richest law maker and senator in Nigeria.

He was former Nigerian Army Chief of Army Staff from November 1975 to November 1979. General Theophilus Yakubu Danjuma is a Nigerian politician and multi-millionaire businessman and philanthropist. He also has influence because of his wealth. He is also among the list of top 10 richest men in Nigeria according to Forbes.

Kwankwaso is also an influential Nigerian politician from the Hausa ethnic group. He was Governor of Kano State from 1999 to 2003 and again from 2011 to 2015. In 2015, he lost in the APC presidential primary election to Muhammad Buhari. He then successfully contested the senatorial election to represent Kano State Central Senatorial District.

He is a retired Nigerian Army General who was former military President of Nigeria from 9 November 1998 until 29 November 1999. He succeeded Sani Abacha after he died. It was also Abubakar that transferred power to Olusegun Obasanjo. He also served as a peace broker between President Buhari and Goodluck Jonathan. He also is a very influential political figure and powerful politician from the Hausa tribe.

He is currently the governor of Kaduna state and is also among the powerful and influential politicians from the Hausa/Fulani land. El Rufai was the former minister of the federal capital territory and also Director General of Bureau of Public Enterprises. He is a card carrying member of All Progressives Congress (APC) and one of the richest governors in the north.

Abba Kyari is the present Chief of Staff to the President of Nigeria, Muhammadu Buhari. He is among the most powerful people in Aso Rock. In fact, he is rumored to be stronger than the vice president especially in decision making.

Aside the fact that Abba Kyari is one of the influential politicians in Northern Nigeria, he is also an educated lawyer who obtained a master’s degree in law from the University of Cambridge. He is a recipient of the Nigerian Honor Award of Officer of the Order of the Niger (O.O.N).

Ali Modu Sheriff is a Nigerian politician from the North. He hails from Borno State and was a former governor of the state. He has a very large followership in Hausa land which signifies his influence in that region.