Nigeria has a large number of political posts and government offices, many of which are held by prominent politicians. The precedence of the country’s power starts from the president down to the least office. Let’s look at others that are following in the rundown. The top 10 political positions and the responsibilities placed on their holders will be covered in this article. The political officials holding these top positions in the government are indicated in the list below. 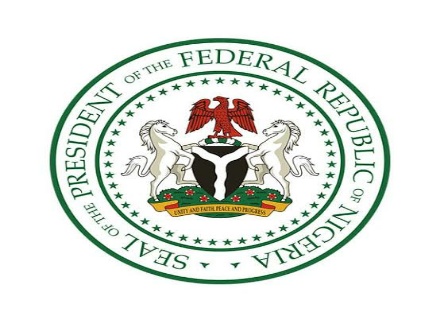 The top 10 most powerful political offices in Nigeria would be discussed below.

OFFICE OF THE PRESIDENT OF THE FEDERAL REPUBLIC OF NIGERIA

The President of Nigeria occupies the highest political post in Nigeria. The Federal Executive Council, National Security Council, and National Defence Council all have the President as a member by statute. This is the highest position in the federal government’s executive branch. The President has the authority to appoint federal executive, regulatory, judicial, and diplomatic officials and is charged with the primary duty of formulating foreign policy. The President is also given the authority to carry out and enforce federal laws of Nigeria. The Federal Republic of Nigeria’s president also has the authority to sign or reject federal legislation, as well as control over both domestic and federal policies. Muhammadu Buhari, who took office on May 29, 2015, is the current president and commander-in-chief of the Nigerian armed forces.

ALSO READ:  How to Find a Lost Friend in Nigeria

OFFICE OF THE VICE PRESIDENT OF THE FEDERAL REPUBLIC OF NIGERIA

The Vice President is a part of the National Economic Council, National Security Council, and Federal Executive Council. The National Economic Council’s chairman is designated by law to be the vice president. The Vice President of Nigeria is the second-highest official in the executive branch of the government, but his or her relative strength depends on the President’s specified tasks. Yemi Osibanjo, who took office on May 29, 2015, is the vice president of Nigeria at the moment.

OFFICE OF THE PRESIDENT OF THE SENATE OF NIGERIA

OFFICE OF THE SPEAKER OF THE HOUSE OF REPRESENTATIVES OF NIGERIA

The Ministry of Justice is led by Nigeria’s Minister of Justice and Attorney General. This office is in charge of providing legal advice to the federal government and defending Nigeria in court cases. The Federal Republic of Nigeria’s Attorney-General is also responsible for defending Nigerian citizens from arbitrary executive actions. The Nigerian Attorney-General is the fourth in line to succeed the President of Nigeria. Abubakar Malami took office as the nation’s attorney general and minister of justice on November 11, 2015.

OFFICE OF THE DEPUTY SENATE PRESIDENT OF NIGERIA

ALSO READ:  How to Obtain Road Worthiness Certificate in Lagos (2023)

OFFICE OF THE SECRETARY TO THE GOVERNMENT OF THE FEDERATION

OFFICE OF THE HEAD OF THE CIVIL SERVICE OF THE FEDERATION

OFFICE OF THE NATIONAL SECURITY ADVISOR