Fans in Nigeria have a reputation for obsessing over games and backing their clubs. Sports teams and athletes from all across the continent call this country home. 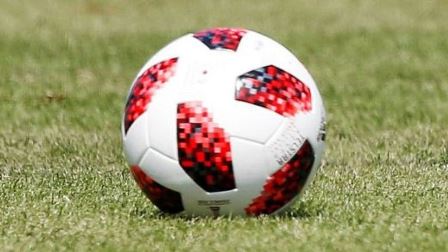 The most prominent sports, including football, were brought to the nation by British conquerors, while others, such as Dambe, have been competing for generations. Nigerians are also known to take part in Coca Cola 600 betting through wagers.

Below are some of the most famous sports in Nigeria:

There are no debates regarding Nigeria’s most popular sport. Football, the King of Sports, is, of course, the obvious choice. The Super Eagles, Nigeria’s men’s football squad, is one of the nation’s most prized possessions.

Everyone in Nigeria is united in supporting the Eagles, despite their country’s many cultural differences.

Several of Nigeria’s most famous sporting events have come from the country’s football team, known as the “Super Eagles.”  Jay-Jay Okocha and Kanu, two of Nigeria’s greatest footballers, helped the nation to the 1996 Olympic soccer gold medal.

The NPFL, one of Africa’s most prestigious competitions, is the top rank of Nigerian football.

The Hausa tribe, one of Africa’s most populous ethnic groupings, is the source of the martial style of Dambe.

More and more people are tuning into these battles, historically fought among Hausa butchers, over the internet.

The sport’s popularity is spreading beyond Nigeria. Dembe Warriors, a YouTube channel, receives more than 60 percent of its views outside the Philippines, Indonesia, and the United States.

The coronavirus epidemic halted the country’s efforts to form a national league.

Nigeria’s national basketball squad became a member of FIBA in 1964 and the sport has been popular there since the 1950s. There has been some success for the D’Tigers (men’s team) and the D’Tigress (women’s squad).

During the 1990s, Hakeem Olajuwon became one of the NBA’s most recognizable players.

The top level of men’s pro basketball in Nigeria is the Nigerian Premier League (NPL). It has 16 teams and crowned its first champion in 1997.

A significant number of fans from Nigeria still follow the NBA’s premier teams, such as Chicago Bulls and Los Angeles Lakers.

One of the best Basketball players ever, Hakeem “The Dream” Olajuwon, is of Nigerian heritage and played for the Houston Rockets.

Basketball is a popular activity in Nigeria, and the country’s many courts make it simple for kids to become involved and improve their abilities.

Athletics has delivered countless notable occasions for Nigerian athletics, from the Bronze-Medal victory in the Women’s 4×400 Meter Relay at the 1992 Barcelona Games to Chioma Ajunwa’s stunning Gold-Medal jump in 1996.

As a result, it shouldn’t come as a shock that it is among Nigeria’s most prominent sports.

Nigerians are born athletes, and most of them excel in at least one sport. They’re not very good at spotting and cultivating young talent, unfortunately.

ALSO READ:  How Nigeria Can Become A Breeding Ground For Talented Footballers

There are still many hopeful athletes in Nigeria who are eager to showcase their abilities in front of a large international audience.

Table Tennis is a popular pastime among Nigerians of all socioeconomic backgrounds. Ping Pong tables could be found throughout the country, from sporting facilities to social gathering places.

If you do not have any access to a formal table, you may always arrange the sport utilizing readily available materials.

The makeshift tables are commonly made from wooden benches, and the net is typically made from a wooden board. Bathroom slippers are sometimes substituted for bats in some games. These “tables” serve as meeting places for young people from all across the country as they participate in this sport.

Segun Toriola, Aruna Quadri, and Funked Oshonaiki are just a handful of Nigeria’s many international players at the professional level.

A lengthy line of world-class professional boxers has come out of Nigeria, including Dick Tiger, Hogan Bassey, Nojim Maiyegun, and Samuel Peter.

Boxing’s popularity in the country has soared as a result of this. Boxing has been Nigeria’s most successful Olympic sport, winning six medals during the quadrennial competition.

However, despite our current lack of proficiency in the sport, boxing remains a popular spectator sport. Boxing stars, including Canelo Alvarez and Tyson Fury, have devoted Nigerian fans.

Nigerian boxing fans have high hopes that the country will regain its former prominence one day.

For the majority of Nigerians, football (or soccer) is the most popular game. The sport has been a success story for Nigeria. For decades, Nigeria has been a significant player in international sporting tournaments, most notably in the FIFA World Cup, where the national team was ranked tenth.