Home Facts Information The Most Neatest Tribes in Nigeria Today (2023)

Nigeria has over 300+ ethnic groups making up the entire country region. Among these tribes, there are notable ones that would score high on environmental hygiene and cleanliness. In this article, we will discuss the most neatest tribe in Nigeria, by outlining the facts that got them this attribute. 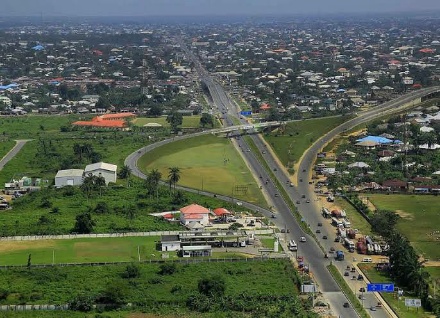 Neatness and environmental friendliness are the critical determining factors which intrigue people to visit or reside in a particular area. There are many of these factors which hitches the presence of good hygienic environment for people to live in. Few of them include: A region’s nearness to mining and industries places; overcrowding; unavailability of intricate social amenities; and other factors leading to environmental menace.

Since this issues has become of important concern in the country, we’ll investigate into the populace and deduce facts about the environment status of these areas. Consequently, the rundown of the most neatest tribe or ethnic group from the Nigerian states will be outlined here.

The Most Neatest Tribe or Ethnic Group in Nigeria Currently

More than 500 distinctive tribes make up Nigeria. Just as they are different in their own ways, they have varying results for environmental cleanliness. An ethnic group’s neatness is greatly influenced by the response and efforts by the immediate government on tackling the issues leading to environmental pollution and uncleanliness.

Extrapolating and deducing from clean-up Nigeria rank of the most cleanest states in the country, below is the outline of the highly perceived ethnic group in Nigeria by neatness:

Ibiobio and Efik tribe is seemly the most neatest ethnic group in the country. This group make up Akwa Ibom State and some parts of Cross River State.

In a recent report by Clean-up Nigeria in 2019, Akwa-Ibom state emerged as the cleanest state in the country in 2019. The State scored 68% to earn the rank as the most environmental friendly area in the whole of the country for that year. Moreso, Nigeria’s Federal Capital Territory (FCT), Abuja, occupied the second position in the ranking, trailing the former by two percent. The rating was made by the National Technical Study Group (NTSG), after analysing the cleanliness status of the thirty-six states in Nigeria.

Furthermore, the two states, Akwa Ibom and Cross River, where the Ibibio-Efik tribe is found is one of the most ranked area with respect to environmental cleanliness in the country. Akwa Ibom State seconds in the chart and neighboring Cross-River state follows in the list of the top 10 cleanest states in Nigeria this 2023.

The Ibibio-Efik tribe are Kwa speaking people of Benue-Congo language. They occupy the southeast part of Nigeria, precisely located in the palm belt just immediate the Atlantic ocean. The group is found in the present day Akwa Ibom and Cross River states. The history of Ibibio people could be dated back a long time ago, and this make them to be regarded as the most ancient of all the ethnic groups in Nigeria.

The conglomerate of Annang, Efik, Ekid, Ibeno, Ibibio, and Oron ethnic groups make up the Ibibio-Efik major tribe. All these varying groups are closely related and differs a little in the dialects. These ethnic groups (Annang, Efik, Ekid, Oron and Ibeno) share personal names, culture, and traditions with the Ibibio, and speak closely related varieties of Ibibio-Efik. Among all these groups which make up Ibibio-Efik tribe, the Ibibios are the major ones, as they have the edge in population and size. Interestingly, the Ibibio-Efik tribe is  regarded as the fourth largest in Nigeria, with respect to size.

ALSO READ:  Bet9ja Winning Secret: How To Win On Bet9ja

Renown places in this area: Uyo and Calabar are the leading cities in the country when considering orderliness an neatness. These places and the area at large is alluded to as one of the serene and environmental friendly areas in Nigeria. Notable urban areas of Ibibio-Efik tribe include: Uyo, Calabar, Odukpani, Ikot Abasi, Eket, Ikot Ekpene, Oron, Akamkpa, Abak, Etinan and Itu towns. A visit to these places will make you rate the high level of cleanliness and environmental developments initiated.

One of the significant attraction of visitors and foreigners to these places is the cleanliness factor. This is complementing with the high level of security which have make people not to fret about staying in these areas.

Be that as it may, with an expanded degree of infrastructural development and human improvement, the towns in Ibibio-Efik are certainly good places to pay special mind to. Aside the road and physical infrastructures, concerted efforts have been made by the government to promote environmental cleanliness and make the area hygienic for it occupants. Prominent places which might interest you in the region include: The Calabar Tropicana, Ibom Le Meridien Ibom Hotel and Golf Resort, Ibom Tropicana Resorts, Obudu Cattle Range and Cable Cars, A world class stadium Uyo international Stadium, Ibeno beach, and a whole lot of tourist centres which is unnumbered here.

Other Neat Tribes in Nigeria

From the numberless tribes in the country, there are some other notable ones that make the list of the most neatest tribes in Nigeria. These tribes are sorted with respect to the most cleanest states in the country. A look at the list, FCT-Abuja follows Akwa Ibom state in the echelon. Enugu, Lagos, Imo and Ondo states follow immediately after Cross River State. The rest are Kaduna, Delta and Rivers States as they complete the rundown of the most cleanest states in Nigeria currently.

ALSO READ:  Bet9ja Prediction: How to Predict & Win on Bet9ja

Deducing from the rank of the most cleanest states in the country, we’ll outline the other neat tribes according to these state’s ethnicity.

The list of other neat tribes in Nigeria include the following:

And the echelon of other following tribes according to the rank of the most cleanest states in the country.

Security, orderliness and neatness are the basic things that attributes a complete area. These factors are the critical determiners of a particular place, and they are what people often peek at before living in an area. This article outlined the most neatest tribes in Nigeria, and laying emphasis on the leading group. This will help clueing in on where to visit in the country, if considering environmental health essential.