This post contains a comprehensive list of the most influential politicians in Yoruba land that are powerful and well respected in Nigeria. 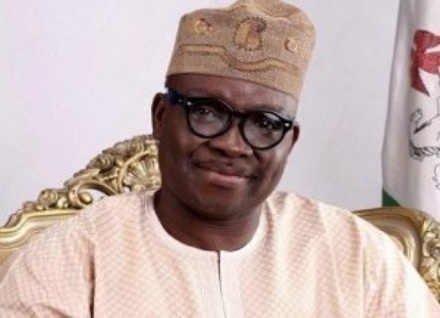 These politicians are well to do and have a lot of influence not only on the Yoruba speaking people but also in Nigeria. They have carved a niche for themselves in the political landscape of Nigeria and today, they are regarded as powerful in Nigeria’s political space.

Bola Ahmed Tinubu ranks as the most powerful Yoruba politician in Nigeria today. He was a senator of the Federal Republic of Nigeria and a two time governor of Lagos State. The man with the title “Asiwaju of Lagos” and the “Jagaban of Borgu Kingdom” in Niger State is the undisputed leader of the ruling APC today. He has grown in leaps and bounds in Nigerian politics, no wonder his influence is felt today as he attempts to become Nigeria’s next president.

Olusegun Obasanjo is perhaps another top influential Yoruba politician there is today. A former military head of state of Nigeria, he also served two terms as a civilian President of Nigeria. He has so matured in Nigerian politics that when he talks, the people listen. Olusegun Obasanjo is an elder statesman and is mostly neutral on political issues in the country.

Professor Yemi Osinbajo is Nigeria’s current Vice President. He is a Pastor at the Redeemed Christian Church of God and undoubtedly the highest ranking Yoruba political office holder today. Like many others, he has paid his dues in politics and today he is reaping the rewards of his hard work.

This very charismatic, outspoken and fearless man is the governor of Ekiti State. He is regarded as controversial by many because of his outspokenness and this has drawn mixed reactions from people. Nevertheless, his influence is highly felt in Yoruba land and in Nigeria as a whole.

Femi Fani-Kayode, former minister of culture and tourism and also a former aviation minister of Nigeria. He is a lawyer and very outspoken too like Ayodele Fayose. Femi Fani-Kayode is also regarded as controversial because of his outspokenness, but the shine can never be taken off his influence in the political landscape of Yoruba land and Nigeria.

Babatunde Fashola is the immediate past Governor of Lagos and the current minister of works, power and Housing in Nigeria. His influence and popularity grew in Yoruba land and Nigeria at large due to his feats as Governor of Lagos. He promised the people a brighter, rewarding future and he delivered.

Ernest Shonekan was Nigeria’s interim President in 1993 after Babangida ceded power but his reign came to an end under three months when Abacha took power from him. He is a Yoruba leader of repute and his influence is unquestioned.

Other influential politicians in Yoruba land include: