The friendliness or hospitality of a particular group of people often influences their social presence. These groups or tribes of people will do something varying among them. With Nigeria having up to 300 different ethnic groups, their level of hospitality will certainly differ. If you might be inquisitive on which tribe is the most friendly in the country, then this article gives an insight and subsequently, will also highlight some of the factors that makes determines and influences a tribe’s friendliness. 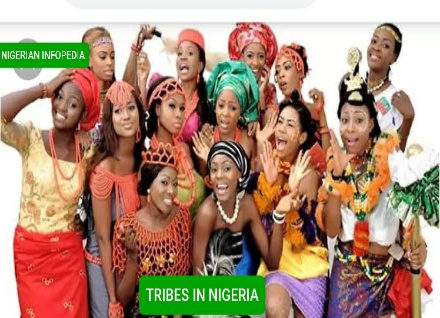 Hausa, Igbo and Yoruba tribes are the major ethnic groups among the list of more than 300 other tribes in Nigeria. Other smaller tribes include Ibibio, Ijaw, Fulani, Tiv, Efik, Idoma, Kanuri, Bini, Ogoni and Nupe ethnic groups. There is a significant difference between how they relate. This involves the relationship these group of people have with visitors to their entity. This certainly form the basis of their friendliness. Other factors may include security of their areas and serenity. All of these things are what attributes an ethnic group to be seen as being friendly or not. Stay put as we will expound these ethnic groups that are hospitable in nature.

The Most Friendly Tribes in Nigeria

Among all the tribes that make up Nigeria, are you willing to know which one leads the chart when it comes to friendliness? Below is the rundown of the top five (5) most friendly tribes in the country.

The Yoruba tribe is the most friendly and welcoming tribe in Nigeria than other ethnic groups. Being the first place in Nigeria to have western civilization, the fact that they are more courteous could not be doubted. This is seen as they have certain qualities which render them to be considered hospitable.  It’s obvious that a lot of people or visitors reside in Yoruba cities and towns more than anywhere in the country. Lagos, Ibadan, Abeokuta, Ota and Oshogbo are the few to mention of these places. The few reasons why people opt to stay in these areas is because of the concern for visitors. Generally, the tribe is receptive to new residents or visitors in their area, and they are also liberal than any other Nigerian ethnic groups.

Furthermore, the Yorubas relate with other tribes by means of inter-marriage, which is prominent among them. This is seen as they sometimes prefer to marry another tribes. Also, there is religious freedom among the Yoruba people. They are very known for having Christianity and Islam as their major religions. Irrespective of the difference between the two, they still live peacefully among themselves in the same area. Yoruba ethnic group is noted for having low crime rate, as you barely hear of an security threat in the region. Yorubas are found in all the states in the country, but they have their home in the western part of Nigeria.

The Igbos is another most friendly ethnic group in Nigeria. Making up about 18% of the population, they are very diverse and could be alluded to as the business tribe in Nigeria. The Igbos reside outside their original home more than any other ethnic group in the country. This is seen as they are found in all Nigerian cities doing the business they know best. They achieve this with their friendly approach towards other tribes which they meet.

Igbo tribe originally resides in the southeastern region of the country. They have no hierarchical system of governance, but rather, a traditional republican system exists with a consultative assembly of people which guarantees equality to citizens. Though a large number of Igbo people are Christians, they have a consideration for other religious sects that are among them. There is also the presence of intermarriage within the Igbo tribe, as they intermingle with virtually all their neighbouring tribes. Notable urban areas in Igbo land which the tribe socialize include: Onitsha, Enugu, Owerri, Awka, Aba, and Abakiliki cities.

The Ibibio is a minority ethnic group located mostly in the southeast region of the country. They are found predominantly in Akwa Ibom and Cross River states. The Ibibio tribe consist of Annang, Efik, Ekid, Oron and Ibeno subgroups which speak closely related languages. The tribe sees themselves as one entity, and before Nigeria’s independence, they had made concerted efforts to have their own sovereign state within Nigeria, and they even entered into talks with the British Crown.

Christianity is the predominant religion among the Ibibio people and they are known for their artistry works. Their creativity and work of art include wooden masks and carvings. Though the Ibibios may have a different belief from other tribes, but they are very receptive and friendly to visitors. The group reside in a serene area with a low crime rate, and they are one of the most peaceful ethnic group in Nigeria. The Ibibios situate in a region prone to militancy, but they hardly record the activities of these sects among them.

The Tiv tribe is a Bantoid ethnic group in the Benue region of Nigeria. They number to about 6.5 million people throughout Nigeria and also found in neighbouring Cameroon. Today the tribe is considered one of the major ethnic groups in Nigeria, due to their significant population and prominence.

The Tiv people have one of the most unique cultures in Nigeria. Their friendly way is clear in various aspects of their lives: clothes, the tradition of marriage, music, dance, and food. They cohabitate with other tribes in the country through Inter-marriage, business and residency.

Also referred to as the Edo tribe, the Bini people (derived from Benin), are found in the middle South West of Nigeria. The are specifically in Edo State in the south of Nigeria, although they also spread across the Delta, Ondo, and Rivers states. The Bini tribe is an historic and one of the oldest kingdom in Nigeria. They are descendants of the Benin Empire and speak Edo language, including several other dialects.

The Binis is seen as being friendly due to the way they relate with other groups in the country. The have a close history with the Yorubas and they are found in good numbers in their cities. Benin city, the capital of the area, houses many local and international residents who live peacefully among the Binis.

Security, Inter-marriage and Receptiveness are the critical things that makes a tribe to be friendly. This article was stack on tribes in Nigeria response on hospitality. We’ve highlighted top five most friendly ethnic groups in the country so as to give a guide on where to visit in Nigeria.