Studying in any of Nigeria’s most expensive universities doesn’t mean that you get quality education. If you are eager to get admission into a university but unsure which educational institution will provide you with the best education, why  ot try out these schools we havelisted below. When it comes to university tuition in Nigeria, it’s clear that it’s a one-sided situation. Private universities in the country are prohibitively expensive due to their exorbitant tuition fees. Nonetheless, none of the top federal and state universities are included in this ranking because their tuition prices are far lower than those of privately owned institutions. Let’s take a look at Nigeria’s most expensive universities and thier tutition fees to see which one will suit your spending plan. 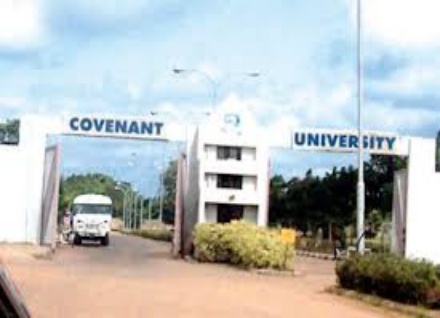 The ten most expensive universities in Nigeria, along with their tuition prices, are listed below:

Nile University is a private higher education institution in Abuja, Nigeria’s Federal Capital Territory, situated at Plot 681, Cadastral Zone C-OO, Research and Institution Area, Jabi Airport Bypass. The Institution was founded in the year 2009. The goal is to give high-quality higher education to the growing population of secondary school dropouts in the country. Nile University had three faculties when it was founded, and as they developed and thrived over the years, the necessity to give its high-quality instruction at a top scale became more obvious.

Nile University is now listed as Nigeria’s most costly university. Tuition prices at the university run from a whopping 2.7 million to 5.8 million Naira per year, not including housing.

Alhaji Atiku Abubakar, Nigeria’s former Vice President, owns this private university. The institution gives learners with a world-class education. This institution is the first one in Sub-Saharan Africa to undertake this form of education, and it is modeled after the American educational system.

AUN’s mission is to teach Africa’s future leaders and to act as a catalyst and agent of economic growth throughout the continent.

Tuition costs at the American University of Nigeria are presently between 3 million and 4.2 million Naira per year.

Another prominent private institution in Nigeria is Baze University. It is positioned in Abuja, Nigeria’s capital which is one of the country’s most amazing places. Baze University’s main campus is located on Jabi Airport Road, Bypass Ring Road, 6 kilometers from Abuja’s central business district. To ensure quality, Baze has a seasoned international team, excellent instructional equipment, international external examiners, and first-rate buildings. The University’s goal is to deliver a university education in Nigeria that meets British standards for around half the expense of sending a student abroad for higher studies.

Lagos’ Pan-Atlantic University is among the state’s top universities. It is also a private higher educational institution located in the state’s Lekki district. This university, like other private tertiary education institutions in Nigeria, was founded in 1991.

The Pan-atlantic University in Lagos is quite pricey, with annual tuition fees running from 2 million to 2.5 million Nairas contingent on the area of study.

Babcock Institution is a Christian private university in Ilishan-Remo, Ogun State. It is one of Nigeria’s most costly colleges, with annual tuition prices ranging from one million to three million Naira. This charge, however, is determined by the department and program of study.

Babcock University has been a pioneer private university in Nigeria since 1999, retaining a legacy of cutting-edge quality of education.

The yearly school fees of Babcock University, is one of the highest in the country.

Inside the 1999/2000 academic session, Igbinedion University, Okada began their academic programs in five faculties. Igbinedion University has bundled entrepreneurial and skills development curriculum to introduce learners adequately to be prepared for the job market as part of its goals to train and produce job providers. The school’s tuition fees range from ₦1 million to ₦3 million per year, making it one of Nigeria’s most costly institutions.

Afe Babalola Institution, Ado-Ekiti (ABUAD) is a non-profit private university that is authorized by the Federal Government. It is situated on 130 hectares of land, which gives a pleasant and conducive learning environment.

Afe Babalola University was founded in 2009 by Afe Babalola, a well-known lawyer and philanthropist. The institution features five colleges that function under a collegiate system.

Tuition prices range from 1 million to 2.2 million Naira per year, making it one of Nigeria’s highly pricey institutions.

Covenant University is likely Nigeria’s most well-known and outstanding private university currently. This is indeed a private Christian institution of higher learning in Ota, Ogun State.

Covenant University is a part of the Living Faith Church International (Winners Chapel). Bishop David Oyedepo established the university during the year 2002. This school’s students are known for being cognitively competent as a consequence of the large educational standards they get.

Covenant University’s annual tuition rates range from ₦850,000 to ₦1.2 million. In addition, the school is an excellent value for money in the country.

A whole other private Christian university that enters this rundown of Nigeria’s most expensive universities is Benson Idahosa University.

The school is in the Nigerian city of Benin, in the state of Edo. The Church of God Mission International, led by Archbishop Benson Idahosa, established it in February 2002.

Benson Idahosa University is well-known for its educational prowess, with annual tuition prices ranging from ₦350,000 to ₦1.9 million.

Bowen Institution is an independent Christian Baptist university in Iwo, Osun State, Nigeria. It is a well-equipped higher educational institution that was formed in 2001. Over through the years, the university has brought about a lot of high-quality graduates in a variety of professions around the country.

The above schools offer quality eduaction but not as Federal or State schools. One thing you should also note is that the figures of these most expensive universities tuition fees is subject to change.