Home Facts Information 10 Most Developed Countries in the World (2022)

10 Most Developed Countries in the World 2022

To know a developed country, a lot of indices must be checked. Things like: a highly developed economy, technological advancement and infrastructural growth are just a few criteria to know whether a country can be considered as a developed nation. 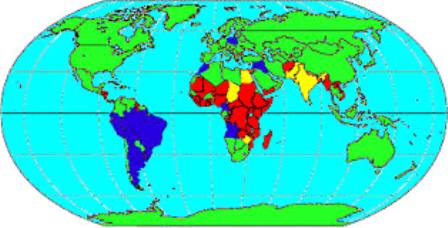 Although, there has always been a debate as to which which criteria is most appropriate to rank countries for their level of development. Analysts were of the opinion that gross domestic product (GDP), per capital income, level of industrialization, life expectancy, standard of living and literacy level should be taken into account to estimate the degree of development in a particular nation.

Below is the accurate list of the 10 most developed countries in world:

The world’s most developed country is Norway with an Human Develop Index of 0.944. The economy of Norway is mixed and ever growing since the start of industrial era. The prominent contributor in its economy is the abundance of natural resources, mainly oil and gas, and the exports made by the nation. Norway’s GDP is $277.1 billion and $55,009 per capita. Norway has a strongly integrated welfare system, a life expectancy of 80.57 and extremely high standards of living compared to other European countries. The HDI of 0.944, which has gone up by 0.001 from 2013, gives it the number 1 position on this list of top 10 most developed countries in the world.

Second on the list is Australia. Australia has one of the largest capitalist economies in the world. The major contribution to its GDP of $970.8 billion ($42,640 per capita) is made by the service sector while mining and agriculture also make significant contributions. Apart from its wealthy economy, human development, healthcare and civil rights exercised by its citizens make the country the 2nd most developed in world. The life expectancy is very high at 82.07 years and the country has consistently maintained one of the highest standards of living in world.

One of the world’s wealthiest nations, Switzerland has an extremely stable economy which follows the policy of long term monetary security making it a preferred choice for investors around the globe. Apart from foreign investment, the country relies upon its high labour specialization, trade and industries to earn a GDP of $363.4 billion and $45,418 per capital. Needless to say, the country enjoys very high standards of living while the life expectancy is 81.38. Switzerland is the 3rd most developed country in world on our list.

With a prosperous and robust economy which largely depends upon foreign trade, the Dutch economy was hit by the global financial crisis but the 2014 estimates GDP for the country is $707.0 billion and $42,194 per capita making it one of the richest nations in world. The life expectancy in Netherlands is 81.12 and the country has very high standards of living.

World’s largest single national economy is United States (USA) which makes it the world’s foremost economic power. The country’s GDP of 15.7 trillion ($49.922 per capita) is almost a quarter of the total world’s GDP. Also the country has an abundance of natural resources. The infrastructure is well developed and the productivity is very high. Although the country lags a little behind in terms of life expectancy which is 78.75. US is the fifth most developed country in world.

The 6th most developed country on our list is Germany. Germany is the most industrialized, most populous and the largest national economy in Europe. The concept of social market economy forms the basis of Germany economy. The country is also one of the largest global exporters in world and is rich in minerals like nickel, iron, copper, natural gas etc. The GDP for Germany is $3.2 trillion and $39,028 per capita while the life expectancy is 80.44 years.

New Zealand is a wealthy nation comprising of two main islands and many smaller islands. The country has a market economy which is prominently dependent upon agriculture but manufacturing and tourism also make significant contributions. The life expectancy in New Zealand is 80.93 and the country’s GDP is $132.0 billion and $29,730 per capital. With its Human Development Index at 0.910, it is world’s seventh most developed country currently.

The eight most developed country in world is Canada which is one of the world’s wealthiest nations and has an economy dominated by the service industry. Alongside, Canada also has vast oil reserves and it majorly exports energy, food and minerals. Canada has GDP of $1.5 trillion and $42,734 per capital while the life expectancy is 81.67 years.

Against 2013’s Human Develop Index rankings, Singapore has moved up by 3 positions and currently is the 9th most developed country in world. A hi-tech and one of the most prosperous countries in the world, Singapore also enjoys one of the world’s highest standards of living. With a highly trade oriented market economy, Singapore has a GDP of $326.5 billion and $60,410 per capita and 4th longest life expectancy which is 84.38 years.

Last but not the least on our list is Denmark. She enjoys a modern and mixed economy which is mainly service based as the country lacks in mineral resources other than oil and gas, and has to rely upon human resources. The life expectancy in Denmark is 80 years and the standard of living in the country is quite high. Denmark has a GDP of $210.1 billion and $37,657 per capital while its HDI rating of 0.9 makes it the 10th (tenth) most developed country in world.