Biography and Net Worth of Melania Trump, the incumbent First Lady of the United States of America is what this post is all about. 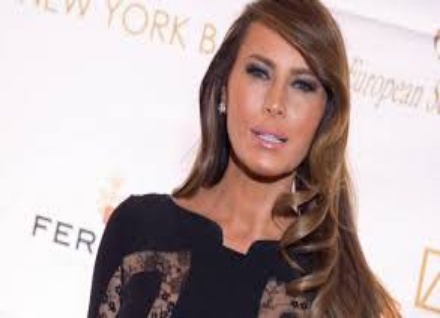 Melania grew up in a Roman Catholic home in Sevnica. She has a sister, Ines and an elder half-brother Denis, who she said she has never met. Melania’s traditional name is Melanija Knavs and her father, Viktor Knavs, was a car and motorcycle dealer for a state-owned vehicle manufacturer. When she was a teenager, her family moved into a two-story house in Sevnica. Melanija attended the Secondary School of Design and Photography in Ljubljana, and studied at the University of Ljubljana for one year before dropping out.

Career as a Fashion Model

Melania started modelling when she was just 5 years. She had her first commercial at age 16. She also modeled for fashion houses in Milan and Paris. Following her immigration to the United States, she has appeared on the following covers of Harper’s Bazaar (Bulgaria), Ocean Drive, In Style Weddings, New York Magazine, Avenue, Allure, Vanity Fair (Italy), Vogue and GQ in the United Kingdom.

In 2000, she featured as a bikini model. As a model, she was associated with Irene Marie Management Group and Donald Trump’s Trump Model Management. She currently speaks six languages fluently: English, French, Italian, German, Serbo-Croatian and her native Slovene. At 5 foot 11 inches, she is also one of the tallest First Ladies of the Unites States to hold the office, tied with Michelle Obama and Eleanor Roosevelt who were also that height.

Melania met Donald Trump at a Fashion Week party in New York City in January 1998. Donald Trump at that time was separated from Marla Maples, his former wife. At first, Melania initially refused to give Trump her phone number but by 1999 during an interview on The Howard Stern Show, they affirmed they were into a relationship. According to Donald Trump, he described his relationship with Melania as very compatible.

He engaged her in 2004 and in 2005, Donald and Melania were married at an Anglican Church named The Episcopal Church of Bethesda-by-the-Sea in Palm Beach, Florida, followed by a reception in the ballroom at Donald’s Mar-a-Lago estate. Trumps’ wedding ceremony and reception were widely covered by the media as Melania wore a $200,000 dress made by John Galliano of the house of Christian Dior.

Melania gave birth to a son for Donald Trump on January 20, 2006. The name of her son is Barron William Trump. Barron reportedly occupied his own floor at Trump Tower in Manhattan. He is fluent in Slovene language and currently plays golf with his father. He is known to wearing a suit and tie, and his nickname is “Mini-Donald”

First Lady of the United States

During the January 2015 presidential campaign in which her husband Donald Trump contested, she said “I encouraged him because I know what he will do and what he can do for America. He loves the American people and he wants to help them.”

Melania Trump’s Businesses and Net Worth

Melania Trump is known to be a successful jewelry and watch designer and a former model. Her popularity came to limelight when she married American billionaire real estate developer and current U.S. President, Donald Trump. Melanie currently has an estimated personal net worth of $50 million.