In this article, Nigerian Infopedia shall take a look at the salary structure of medical doctors in Nigeria monthly. The medical profession is one of the noblest of professions in Nigeria. Nigeria, the most populous black nation on earth has over the years, produced the best minds in the field of Medicine. The dignity of being a medical doctor is perhaps the reason most science students move heaven and earth to make sure that they get admitted into medical school. 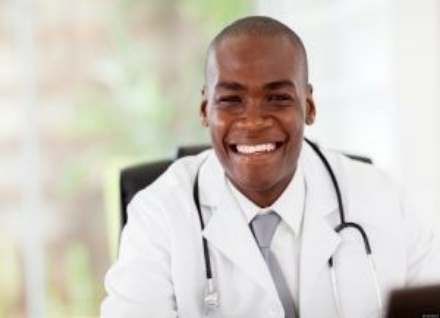 The training received at medical school is not child’s play, this is because several years are put into perfecting the things thought at medical school and because human life is very important and at the mercy of the medical doctors should one get sick and require treatment. Facilitators ensure that these life savers are thoroughly prepared to face the most challenging of tasks ahead. Having said all these, the question now is how much does a medical doctor earn in Nigeria?

Aside rated the best profession in Nigeria, becoming a medical doctor guarantees you the privilege of being respected in the society as it is one of the highest paying profession in the country. You get to work at top health institutions as soon as you graduate from medical school and you earn an attractive salary worthy of your career.

The requirements of becoming a medical doctor isn’t child’s play as it involves thorough research, dedication and years of study. Medical students are taught early that their primary function is to save lives. Unlike a pharmacist salary or that of a microbiologist or an engineer, the salary that doctors receive in Nigera, be it those who work at government teaching hospitals or even private hospitals can’t be compared.

Certain factors are considered when looking at the amount received by a Nigerian medical doctor monthly and such factors may include the experience of the doctors and the sector (Public or Private) they work in. So how much do Nigerian doctors earn?

Medical Doctors in private hospitals don’t earn the same as those in public hospitals. In private hospitals, doctors receive as low as N80,000. It could be higher depending on the location, case load and experience of the doctors. In order to earn more, most doctors who work for private hospitals shuttle between two or three jobs, doing shifts from one hospital or clinic to another.

In government-owned hospitals, many attempts have been made to regulate the salaries of doctors and the latest is the Consolidated Medical Salary Scale – CONMESS. However, challenges still exist with implementation and there are still disparities in what is paid in federal hospitals when compared to some state-owned hospitals.

How Much A Nigerian Doctor Earns Monthly As Salary

How much a doctor earns also increases considerably with time, experience and specialty. But those who earn the most are the senior doctors, consultants. Some of them earn up to ₦800,000 per month. This tells you that government doctors are paid more than their colleagues in the private sector.

ALSO READ:  Air Hostess Salary Structure in Nigeria: How Much They Earn (2022)

To earn as a medical doctor in Nigeria, one needs to undergo the compulsory housemanship program. Housemanship is a one-year mandatory program for fresh medical graduates working alongside other experienced medical doctors on the job to gain experience.

Depending on the hospital, the average salary of interns doing housemanship in Nigeria ranges from ₦140,000 to ₦200,000 on a monthly basis. Those working in federal teaching hospitals as house masters are usually paid higher than those doctors working in state hospitals.

NYSC is another compulsory requirement after completing the housemanship as a medical doctor. The duration of this service is usually one year. Here, NYSC doctors are posted (deployed) to various health institutions or medical centres as their place of primary assignment.

Do note that NYSC medical doctors salary is dependent on the PPA, health institution or organization the corper is assigned to. The reason why majority of youth corper doctors prefer working at private health institutions over government-owned hospitals is because the allowance they recieve from these private hospitals is greater when compared to public hospitals.

So how much do NYSC medical doctors earn as salary during their service year?

On average, corper doctors earn between the range of ₦50,000 to ₦150,000 as salary during their service year. This figure shows that they are among the highest paid professional courses during NYSC.

Doctors here are paid according to level. Medical officers in a private hospital earn over ₦60,000 to ₦150,000 as monthly salary. Resident doctors also earn a little higher within the salary range of ₦120,000 to ₦250,000. The highest paid medical worker in an organization are the health consultants, whose pay ranges from ₦400,000 to ₦600,000.

It is worthy of note that the lack of proper funding and good pay package for our doctors has led to a situation where other countries are poaching on us and recruiting our doctors leading to brain drain. The best hospitals in Nigeria cannot be compared with their counterparts in many foreign countries. No wonder wealthy individuals prefer to fly their families abroad for medical attention even at the simplest complains of a headache.

Even if these medical doctors earn attractive salaries and allowances, the nature of their job isn’t easy. Do you know that most private hospitals pay their doctors even far less than what the federal or state government-owned health institution pay their doctors. Do you feel the figures stated above are contrary to what is obtainable in Nigeria today, do you want to air your views about this? Feel free to use the comments section below.