If a list should be made about the most entertaining comedians in Nigeria on YouTube, then MC Lively wouldn’t fail to make the chart. Sani Michael Amanesi, popularly known by his stage name, MC Lively or Barrister Mike is really lively in being one of Nigeria’s most entertaining act comedians. This is obvious as he does funny and informative comedy skits both on social medias and on life shows. 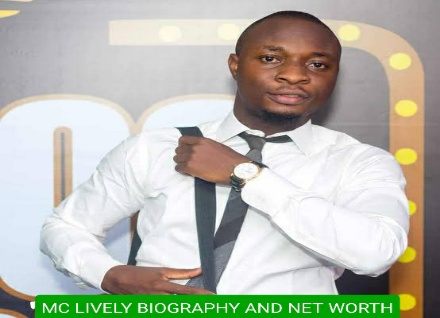 The interesting part about Mc lively biography is that he isn’t just a normal comedian, but he studied law at Obafemi Awolowo University, OAU, Ile-Ife. His journey from bar to the comedy industry is something to look at, as we will cover his biography in this article. We will also highlight MC Lively’s personal life, background, education, career, and subsequently his net worth as at this current year.

There are many things to know about this comedy entertainer. Not just that he is a comedian, but there are many other interesting things about him which we won’t want you to miss. Here, we will cover MC Lively’s personal life, career, education, and his awards and honors.

Firstly, let’s give you a glimpse about MC Lively, by outlining his profile information;

MC Lively or Barrister Mike (BM) is the stage name of Mr. Sani Michael Amanesi who is a popular comedy entertainer from Edo State. MC Lively was born on 14th January into a family of seven in Ile-Ife in Osun State. From there he grew up in the town. There is no information as to where Mc lively was born, but he was born on the date 14th, January, 1992. MC Lively was born into a Christian family and till today, he is a devoted Christian.

A recap of MC Lively early background as he said, growing up in Ile-Ife was a very interesting one with lots of good and downsides. According to Mc Lively, he was a very stubborn child, and he said that once his mother cut him with a blade and rubbed pepper on the wounds. This was a punishment for what he did wrong. He got that punishment because he and his brother left their baby brother unattended after their mother left him in their care. Their mother came back and saw the situation, and the next thing was to do the needful. Mc Lively emphatically said his mom beat him so much that day and he thought he was adopted. This was in a story he gave about his background life.

The promising entertainer attended Ideal Nursery & Primary School in Ile-Ife before he afterward proceeded to Moremi High School to obtain his secondary school education. His educational pursuit didn’t stop there, as he proceeded to a tertiary institution in his resident town. Mc lively is a graduate of Obafemi Awolowo University, where he graduated with a degree in Law. In 2016, he was called to the bar. But however, due to his fame in the entertainment industry, much about his law profession is not always mentioned.

MC Lively has often said that he was inclined to comedy, in that it has always been in his blood. He said he was motivated by some comedy movies, as he stated that he loved watching “Night of a thousand laughs”, a popular comedy event then. The comedian also stated that his journey into the industry, he started out as an MC until he subsequently progressed into a comedian in 2015. He further explain how he always displayed his comedy traits when in the university, and he said that made his friends not to be surprised when he became a comedian.

Mc Lively didn’t see an easy path to success as has had his own bit of disappointment when he entered comedy as a stand-up comedian. The comedian categorically stated that his attempt as a stand-up comedian was a total failure. The failure was a huge one that one day he joked about it and even his girlfriend who was in the crowd didn’t laugh.

Sani Michael Amanesi popularly known by his stage name, MC Lively became popular when he made the “Agidi” comedy skit about fuel scarcity in the country. When asked, he said he had gotten the idea when his reverend father preached about it in church. He wrote down the script of the comedy and did the shooting with his brother. The name “Agidi” was coined from his stubborn nature.

MC Lively has won good numbers of awards in reward for his prowess in the comedy entertainment industry. These kudos include;

And other awards, honors and as while recognitions which could not make up here.

Being an Instagram sensation and one of the big names in the social media, his net worth will certainly be rewarding for his work. Mc Lively has an estimated net worth of $700,000. This is contributed by his efforts in the entertainment industry. Mc Lively comedy video has won him several awards in the industry, and it includes the Comedy Act of the year award at the City people music award.

That’s the size of this write-up, as we have been more explicit on giving the detailed information on the history of MC Lively. We also highlight the biography of the influential comedy entertainer, by giving details on his background, personal life, education, career and as while the net worth.