A country’s constitution is the body of basic laws, principles, conventions, rules and regulations which govern the country. It specifies the limits of, as well as relationships between various organs and agencies of government. 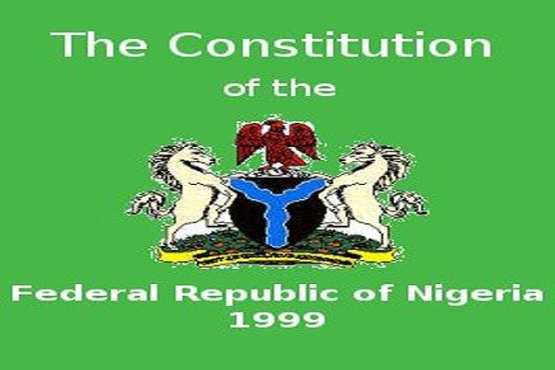 One major source the Nigerian law/constitution was adopted from was laws from the British government. The Nigerian constitution also shows the basic duties and rights of the country’s leaders and her citizens and it is superior to all its other laws within its geographical scope.

Most modern constitutions derive their origin from the laws already written down. For instance, the first thing a new state does is to call a constituent assembly to draft a constitution spelling out guidelines for government for follow.

Essentially, organic laws are special legislative rules which fill the gaps left by,the written constitutional document in the determination of constitutional rules. Thus, they are another fundamental source of any constitution.

The Supreme Court is vested with responsibility to interpret fundamental laws and also to put life into the basic document to enable it to keep pace with the time. Thus, such judicial decisions act as a source of the constitution.

These are regularized clearly organized and generally accepted and obeyed fundamental rules of government that are not formally documented. Constitutions derived also from this source are strictly obeyed in society, but are not been written down.

In Britain, for instance, the conduct of the monarch, the prime minister and the cabinet, as well as the procedure in parliament, is part of the (unwritten) British constitution.

ALSO READ:  History and Development of Political Parties in Nigeria

Ideas are sometimes borrowed from the works of such political scholars such as A.V. Dicey, Karl Marx and Thomas Hobbes, are known to be intellects whose works formed pat of in constitution making of the country.

This perhaps refers to the writing of those people who have distinguished themselves particularly in the field of law and who are regarded as authorities in the field. Such people include Chief Obafemi Awolowo “Thoughts on Nigerian Constitution”, Chief Anthony Enahoro “Constitutional Practices in Nigeria” and Chief ERA. Williams “Constitutional Laws” etc.

Material for constitution making is also obtainable from laws and conventions entered into at such international fora as the UN. These laws include the International Civil Aviation Convention (ICAC), International Laws of the Seas (ILAO).

The provisions of important documents such as the UN conventions on human and peoples rights, form part of many countries’ constitutions.

is another source of the constitution.

Is also a major source of Nigerian law / constitution.