Nigeria, so often widely regarded as the giant of Africa, is endowed with so many natural resources and while majority of those resources can be mined from the earth, for the purpose of this post, we will be looking at some of the most important territorial waters which form the major rivers in Nigeria. 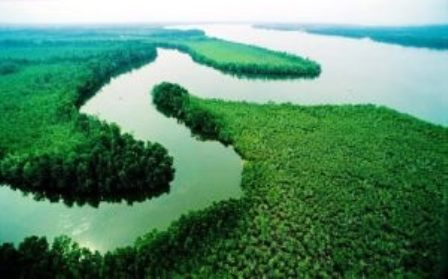 The River Niger is arguably the most famous River in Nigeria. It is also known as the longest and most important River in West Africa.

The river takes its source from the Guinea Highlands in South-Eastern Guinea, from which it runs through several West African countries such as Mali, Niger, Republic of Benin and through Nigeria, where it terminates into the Atlantic Ocean via the Niger Delta into the Gulf of Guinea.

The Great River Niger is the third-longest River in Africa. It comes third only to the River Nile and the River Congo. The major tributary of the Niger River is the Benue River. 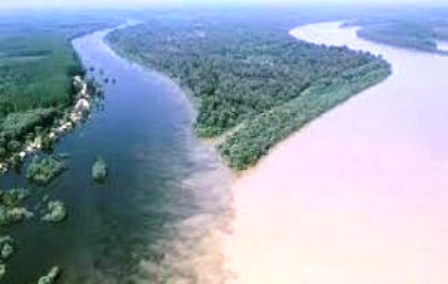 The Benue River takes its source from the Adamawa Plateau of Northern Cameroon. The river then flows towards the west into Nigeria via Garoua town and Lagdo Reservoir.

In Nigeria, it flows south of the Mandara Mountains, via Jimeta, Ibi and Makurdi where it goes on to meet the River Niger. This is its main tributary.

The River Benue is formerly known as The Chadda or Tchadda River. It is approximately 1,400 kilometres (870 mi) and it benefits the regions in which it flows really well. 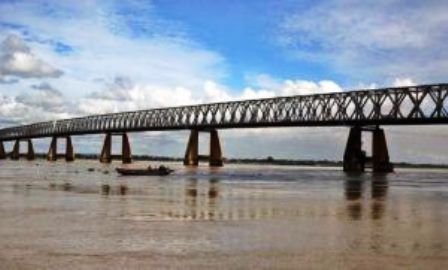 River Anambra is located in Anambra State from which the State derives its name. The river flows 210 kilometres into the great River Niger.

River Anambra flows into the Atlantic Ocea via various massive deltas which form the the Niger Delta in the southern part of Nigeria into the gulf of Guinea. 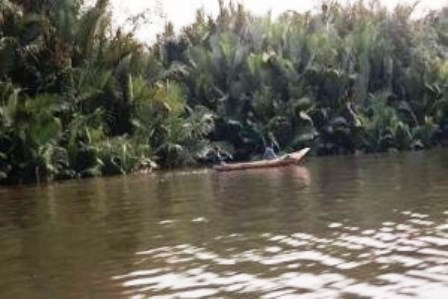 The Imo river takes its source from Okigwe, Imo State, South Eastern Nigeria. The river flows 240 kilometres into the Atlantic Ocean. The River forms its main tributaries with the Rivers Otamiri and Oramirukwa and its mouth is the Atlantic Ocean.

The Ogun River has Lagos as its mouth as it discharges into the Lagos Lagoon. The river originates in Oyo State, Southwest Nigeria near Shaki from where it flows through Ogun State into Lagos.

The main tributary of the River Ogun is the Ofiki River which also takes its source from Shaki. Another tributary is formed with the Oyan River and it is crossed by the Oyan River Dam which supplies water to Abeokuta and Lagos. 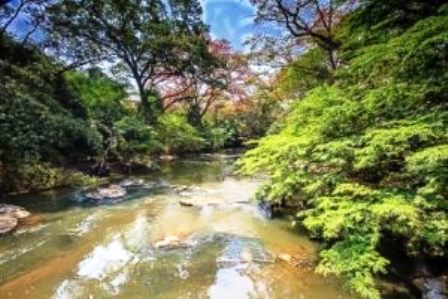 The Osun River is the another major Nigerian river peculiar to Osun State, Nigeria. It takes its source from Ekiti and it terminates at the Lekki Lagoon, located in Lagos and Ogun states.

Historical Yoruba legend has it that Osun was a woman who turned into flowing water after a traumatic event either annoyed or frightened her.

The legend goes a step further by declaring Osun one of the river goddesses in Yorubaland, and being one of the wives of the Yoruba god of thunder, Sango.

It is believed that Osun is the goddess of fertility in Yorubaland.

River Kaduna is the main tributary of the River Niger. It takes its source from Plateau State on the Jos Plateau 18 miles (29 km) southwest of Jos town near Vom and flows in a northwesterly direction to a bend 22 miles (35 km) northeast of Kaduna town.

ALSO READ:  DSTV Decoder Remote Control Replacement: How To Get It (2022)

It then flows southwestward and then towards the south before completing its 340-mile (550-kilometre) which terminates at the Niger, at Mureji (opposite Pategi).

Most of its course passes through open savanna woodland, but its lower section has cut several gorges (including the 2-mile [3-kilometre] granite ravine at Shiroro) above its entrance into the extensive Niger floodplains.

The Kaduna (meaning “crocodiles” in the Hausa language) is subject to great seasonal fluctuations and is navigable below Zungeru from December to December for light craft; it is used for fishing and for transport of local produce.

Gbari (Gwari) people have utilized the Kaduna’s upper floodplains for swamp rice cultivation, and in the southern plains, in Nupe tribal territory, rice and sugarcane production has become a major economic activity. Near Bida, the Edozhigi and Badeggi natural irrigation projects are major rice-growing ventures. There are rail bridges at Zungeru and at Kaduna, the largest towns on the river.

The Sokoto River is among the major rivers in the country located in northwestern Nigeria. It was formerly known as the Kebbi River or the Gublin Kebbi.

The river takes its source at Funtua, Katsina State and flows northwestward in a wide arc for 200 miles (320 km) to Sokoto town, west of which the Rima River joins it in its lower course to its tributary  with the River Niger east of Illo.

The alluvial valley and plains formed by the Sokoto River are extensively cultivated; peanuts (groundnuts), cotton, tobacco, swamp rice, onions, sugarcane, and indigo are grown. Several irrigation projects have been introduced to promote year-round farming along the river. The Sokoto River serves as an important waterway for the Hausa, Dakarki, and Zabarma peoples.

ALSO READ:  How to Open Bitcoin Account in Nigeria (2022)

The Cross River is the most prominent River in the South Eastern part of Nigeria. It derives its source from Cameroon where it is known as the Manyu River. The river gives Cross River State of Nigeria its name.

From Cameroon, it flows in a westwards towards Nigeria, turning in a southwesterly direction after its tributary with the Aya River in Nigeria, it flows south (after receiving the Western Aboine River from the Udi Hills) through dense tropical rain forest, oil-palm bush, and mangrove swamps and finally completes its 304-mile (489-kilometre) course to the Bight of Bonny (Formerly Bight of Biafra) through its estuary, which it shares with the Calabar River.

The Cross River serves as an important waterway. Palm oil and kernels, timber, cocoa, and rubber are sent by boat on the Cross River to the port of Calabar (on the Calabar River, 5 miles [8 km] upstream from its entrance into the estuary) for export.

The Calabar River is located in Cross River State, South Eastern Nigeria. It flows from the north past the city of Calabar, joining the larger Cross River about 8 kilometres (5.0 mi) to the south. The Calabar River forms a natural harbor deep enough for vessels with a draft of 6 metres (20 ft).

Other Rivers in Nigeria Include the following