From underdevelopment to lack of proper infrastructures, these and many others are the significant economic problems facing Nigeria as a country. With the country having the largest economy in the African continent, the image of these problems is very suboptimal. Presently, the country’s economical growth is on an average of 2% while the population grows about 3.0 percent on average. This unbalanced structure connotes the low standard of living, alarming rate of poverty, unemployment rate, and the wide disparity in the socio-economic status of the population. These are obviously the major economic problems that are facing Nigeria, and this article will be more detailed in highlighting them. 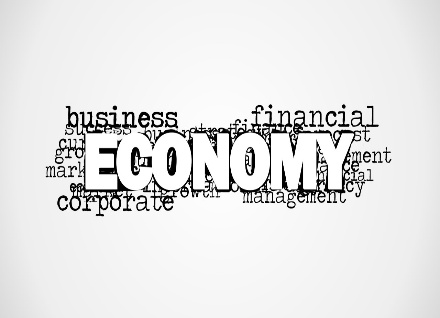 In terms of economic status in the whole continent of Africa, Nigeria is the leading country. The availability of expanding market in all sectors: manufacturing, financial, communication, technology, service and entertainment sectors, has contributed greatly to the emergence of the country in this rank. Also, on the global scene, the country’s economy is ranked as the 27th-largest in the world, with respect to nominal GDP. The summing up of nominal GDP does not take into account the differences in the cost of living in each countries, and this has make it to often do not reflect the standard of living of the country’s population. That is just by the way, let’s now take a look at the major challenges causing economic problems in the country.

There many factors which adversely affect the economy of Nigeria in many ways. Below is the rundown of these major economic challenges facing the country;

Corruption is becoming a national issue in the country. Presently, Nigeria suffers from various forms of corruption. These menace is so large that it has entered into the various sectors of the Nigerian economy and doing the worst there. For many years even before gaining it independence from Britain, Nigeria has profited and still gaining a huge sum of money from crude oil.

Considering the prices and how lucrative this sector is, there is much money from this. With this much generated income, good things would have been actualised in the country. But rather, these funds which is supposed to be used for the development of the nation’s economy and the country in entirety, it have gone down the drain due to the presence of corruption. If everything was in place, the revenue generated from the moneyed oil sector can be used to create further sources of wealth such as industries to employ labor and other national investments.

Unstableness of government policies and initiatives

Just like everything works from the leadership present, an economy of a country can be affected if the government policies is changing. In the Nigeria case, they has suffered instability of government not only now, but even in time past. This has adversely resulted in unorganized government policies and implementation, which contributes to economic problems.

The presence of democracy in the country, has open room for the different governments who have distinguishing policies and Initiatives. In a bid to meet theirs, they then abandon the previous policies set up by the preceding administration. Hence, the country is left with a long trail of poorly executed policies which renders to underdevelopment of some critical sectors. This in turn hinders the economic growth of the country.

The major players on the economic growth of the country is the human resources. They are seen as the workforce, and they play a significant role in the success or failure of any nation or organization. Also, some of the problems facing the Nigerian economy can be attributed to the bad quality of the nation’s economic health and human development.

With the human development considered, the situation that has been abandoned for many years will certainly change. The problems facing educational institutions directly influence the issues in the country’s economy.

Nature of the market

For the economy of the country to grow, the market which is the major contributing factor, must be favorable. Lack of competitiveness in the system could lead to decline in the state of the economy. Market forces guide actual capitalistic economics. On the whole, the government is very significant in this sector, by giving some form of government interference and favorable policies.  Good market governance is also appreciated as it will work hand in hand and promote a healthy competition.

Lack of interaction between government and private sector

This is one of the most economic challenges of Nigeria. Unemployment has become a issue of concern as the rate of limited number of job is increasing. This has resulted to many people being muted due to widespread joblessness in most areas of the country.

Reports according to the National Bureau Statistics (NBS) in 2019, stated that the rate of unemployment in Nigeria was 23.1%, and the underemployment rate was 16.6%. These figures has adversely affected the economy of the country in many ways. Unemployment is high due to the large population who seek for spaces in the limited number of jobs available. This has contributed to the downside of the economy of Nigeria, hence posing economic issues.

Economic diversification involves creating new options in the economy.  Nigeria has a large expanse of land which is good for agricultural and arable farming. The low global demand for the country’s products and the very little foreign exchange earnings from the agricultural sector. Consequently, the Nigerian economy suffers loss because it lacks the capacity for ensuring long term growth and sustainability of the agricultural sector.

The low income on exports is one of the major economic problems facing the country. This means Nigeria’s products are not globally competitive enough to go beyond and fetch the country significant foreign exchange earnings. A possible way to solve this is for the Nigerian government to invest in the agricultural sector. They should not only invest, but rather ensure the production process reaches world standards so that it can attract in the international market, and hence generate higher foreign exchange and expand the economy.

Internal security has been an issue of concern regarding the economic growth of the country. Over the years, Nigeria has struggled with various forms of security challenges. These include the following such as terrorist attacks in the north and increased violence among the constituent units and militancy group in oil-producing states. With this lack of security, the economic activities has been greatly affected by the economy of the country.

Business thrive in areas that are physically developed. With Nigeria lacking some intricate economic amenities and infrastructures, the story certainly changes. For instance, the country still suffers from inadequate power and water supply. Those that uses this type can relate to it that in the manufacturing sector find production very difficult under these kinds of conditions.  Additionally, with these limited infrastructures, the interest of foreigners would be out of investing in the country.

That’s it on the major economic problems that is facing Nigeria and it’s economy. If these problems are solved and possibly eradicated, the large economy of the country will be elevated.