Ayodeji Ibrahim Balogun is a multiple award winning Nigerian hip hop singer popularly known as Wizkid. He is a very talented songwriter. He discovered his singing talent at 11 in the church where he was a member of a musical group called the “glorious five”. While then, they released an album, but the album failed to make waves in the market.

Currently, Wizkid was listed by Forbes as one of Nigeria’s richest musicians. He has always been persistent in the pursuit of his dream. In 2010, he unravelled his Gold when he was signed on a record deal by Empire mates entertainment (E.M.E). Empire mates entertainment is owned by a popular Nigerian superstar, BankyW. This singular move, became the springboard for wizkid. This article is specially crafted for wizkid’s fans.

In this post, we shall list all wizkid’s albums, songs, the hit tracks and the year of release.

Wizkid grew into prominence after the release of his debut album ” Superstar” in 2009. This album was a hit! The tracks “holla at your boy” & “bad guys” quickly absorbed the Nigeria music industry and Wizkid became a household name.

His fans base quickly grew sporadically. The social media was not an exception. In June 2014, wizkid became the first ever Nigerian artist to have over one million twitter followers. His worth also increased. This was evidenced when he was ranked as the 5th richest and most bankable African Artist by Forbes and channel O in 2013.

Loading...
RELATED POSTS  Tu-Baba (2face) and Davido: Who Is Richer?

“Holla at your boy” was by far the lead single in his “superstar” album. “Superstar” won the best album of the year at the 2012 National Entertainment Awards. It also earned him numerous nominations in local and international awards. Party for the launch of “superstar” album witnessed star performancea from Popular Nigerian artists like 2face idibia, skales, wande coal, olamide, etc. Other tracks in “superstar” are listed below:

In 2012, Wizkid in tamdem with his employer, Banky W released the album “empire atate of mind”. He also featured other artists in the EME label. The album was a huge success. It was widely accepted within and outside Nigeria. The singles were:

Wizkid launched his 3rd album – ” Ayo” in 2014. The journey to the complete release of the album commenced in 2012. The album contains lots of hit singles that held many of his fans spell-bound. Singles like “On top your matter” and “Ayo” were raves of the moment. He featured many top stars like Femi kuti, Maleek berry, phyno, Akon, Banky W, Del B, etc.

Other tracks in the “Ago” album are listed below:

Wizkid is a prolific song writer. He has several other singles in which he featured many Nigerian and Foreign artists. Wizkid also performed with other singers like Chris brown, Drake, skepta, Angelique Kidjo, etc. Other interesting songs he has till date are: 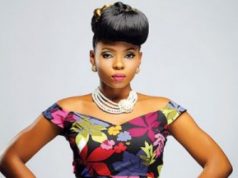 The Best Cooking Tribe in Nigeria

Ethnic Groups in Nigeria And Their Foods