Imo state currently boasts of rich business Igbo men who control assets and wealth and whose net worth run in billions of dollars. Some of these wealthy business men in Imo state are even on Forbes list. Although we could not come up with the top 10, the once we listed are sure to merit their places. 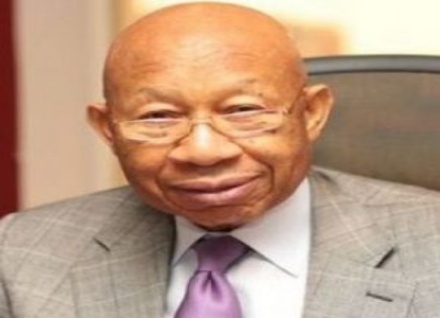 Unlike other south-eastern states, Imo state is seen as the richest among the 5 igbo states in Nigeria due to the discovery of crude oil in some areas of the state. Some of these wealthy business men are also involved in politics, so its impossible to list out the men who are wealthy in Imo state without mentioning politicians in the state.

Imo state is an Igbo speaking state located in the south-eastern region of Nigeria. With its capital in Owerri, there are certain richest men in Imo state who appear on Forbes’ list. These men come from some popular towns such as Okigwe, Orlu, Mbaise, Akokwa, among others, owning chain of large companies and businesses around the federation.

Below are the current top richest men in Imo state and their net worth today:

One wealthy man in Imo state who stands above the rest is Pascal Gabriel Dozie. Born on 9th November, 1939, this successful business man is a native of Egbu. He is known to never have worked for anyone but still became rich. He is the founder and former Chairman of Diamond Bank Plc, a top Nigerian bank. He is also the Chairman and owner of Kunoch Limited. He has other companies to his name. His net worth is estimated at $550 million

Second on the list of richest men in Imo state is Chief Sir Tony Ezenna. He hails from Akokwa in Imo State. He is the founder and owner of Orange Drugs Limited, a multi billion conglomerate. It is the company that produces the popular Delta Soup, Boska e.t.c we all know. He is among the few Igbo men to have a national honour conferred upon. Tony Ezenna net worth is estimated at $490 million

The last wealthy business man from Imo state on our list is Leo Stan who is the Chairman and Chief Executive Officer of Zinox Technologies Ltd. and Buyright Africa Dotcom Limited. According to Wikipedia, it is believed that he pioneered IT Solutions in West Africa through his company ITEC Solutions Limited through which he has delivered the largest IT Solutions ever, from an indigenous firm, to the Nigerian Corporate Market. His net worth is estimated at $450 million.

It should come as no surprise as to why Owelle Rochas Anayo Okorocha, a politician is doing on this list. He is a multi-billionaire and the former governor of Imo state. Born 22 November 1962, he has a lot of companies and his assets run into billions of dollars. It was said that he was among the current richest politicians in Nigeria and might even be the current richest man in Imo state. Okorocha’s net worth is estimated at $400 million.

As a serving governor, Hope Uzodinma is another very rich personality in Imo state. Before he joined politics, he was already doing well in business. His net worth stands at an estimated $200 million.

Also among the richest people in Imo state is Cubana Chief priest whose real name is Pascal Chibuike Okechuukwu. He is a Nigerian entertainer and owns chains of night clubs around the country. Cubana chief priest made his money through doing business and promoting drinks in his popular Xhrine club. He also has affiliation to Obi Cubana, whom he served. He is also the chief promoter of popular energy drink ‘Bullet’. Cubana chief priest estimated net worth is $100 million in total assets as at 2022.

Other richest people in Imo state who are worthy of mention include: