Home Companies List of Nigerian Breweries And Their Products

In Nigeria, we virtually import everything, but not our alcohol. At least, West Africans economy Giant can boast of the Nigerian Brewery plc. In the course of this article, we would be looking at the Nigerian Breweries and their products. We would also highlight their history and major acquisitions in the subsequent paragraphs below. 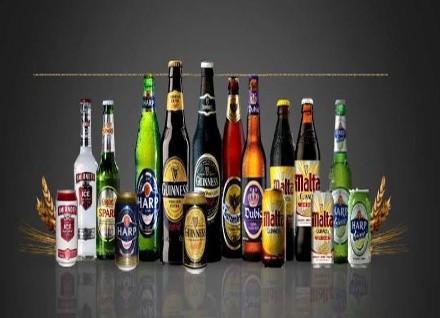 The Nigerian breweries produce alcoholic and Non-alcoholic drinks in Nigeria. This big Nigerian firm was established on November 16, 1946. Its original name at the time of its founding was the Nigerian brewery Limited. She has her headquarters at Surulere, Lagos State, Nigeria. Their products have vastly travelled across Nigeria and West Africa. At the time of writing this article, the present chairman of the company is Chief kolawole B.Jamoudo. Their official website is HTTPS://WWW.NBPLC.COM.

Did you know that the first bottle of beer produced by the Nigerian breweries was STAR Larger? It started dominating the market around 1949. They also made a lot of acquisitions since then. Some of this includes the Aba brewery in 1957, Kaduna Brewery in 1963, the Ibadan Brewery in 1982, the Enugu brewery in 2003 and so on.

Around late 2011, the also made another acquisition, this time of shares in Sona systems associates Business Management limited. They also bought shares in Life Breweries limited from Heineken N.V.

There was a merger that took place on the 31st of November 2014. The Nigerian breweries Merged with Consolidated Breweries Plc. The effect was that their breweries and brands were added to the Nigerian Brewery PLC. The brands that emerged are: brands 33 Export Lager, Williams Dark Ale, Turbo King Stout, Himalt and Maltex (the first Nigerian malt drink), More Lager, and Breezer.

More on the history of the Nigerian breweries, they launched the international brand Strongbow cider in 2015. There are about ten Operational breweries located in  Nigeria, and their products are well distributed and patronized in Nigeria.

Complete List of Products Owned By The Nigerian Breweries PLC

The Most Popular Of The Nigerian Brewery Products

Nobody fans everything. People tend to prefer one thing over another. This factor is most obvious with Nigerians. So in this light, what are the most popular and most drunken beverage produced by the Nigeria breweries.

With an Alcoholic percentage of 5.1, this prestigious is very thirsty and nice. It is the first beer to be brewed in Nigeria. In 27th November 2019, Burna, a Nigerian popular singer became the company’s brand ambassador.  More than 50 million crates of Star Larger bottle were sold in 2007. This premium drink is available in a 600ml bottle.

33 is most drunk in southwestern Nigeria. It has been pulling a lot of weight in the Nigerian beer market since 1979. The following are the basic ingredients of 33; hops, malted barley, sucrose, water and sorghum. 33 is readily available in a 600ml bottle and also a 330ml. It has an ABV of 5%.

You can call it the fastest growing stout in Nigeria. It has a very unique taste and has a quality package as a plus. it has 7.5% alcohol and it has the cool flavour of roasted malts, dried fruits and chocolate. When you taste a typical stout, you would get a little bitter but fresh taste. The colour is dark brown.

Gulder is one of Nigeria’s oldest beers. Its design and premium label is pretty unique. The size of one bottle of gulder beer is 600ml and its alcohol percentage is 5.2. if you pour your chilled gulder in a cup, you will enjoy a foamy feel.  It has quite a bitter taste but is very drinkable.  The flavour of this beer is comprised of rice, hay, malts cream, and honey. It would be noteworthy to say that Gulder has quite a unique taste. Gulder beer is brewed for relaxation and luxury purposes. If it is not leaving up to that standard, feel free to leave a comment down below. This beer is one of the beers that the Nigerian breweries plc really pride in.

If you are a WWE fan, then you should know who Goldberg is? He is the bald dude that beat Brock Lesnar with a simple spear.  Goldberg larger has same qualities though. It is simple but does big things. It has been quite tribalized for decades in Nigeria. Currently, its tribal domain is in the southwestern part of Nigeria. Did you know that Goldberg Larger was first brewed in November 2011? Since then, it has become very popular amongst Nigerian youths.  I believe, and you have the right to differ, “Goldberg Larger made waves because of its quality and affordability”. With just N250-N350 you can get a bottle and see for yourself(you have to be plus-18 though).

With a very clear indication of acceptability in the Nigerian beer market, Goldberg lager has come to stay.

The Nigerian breweries, produce almost 70% of the alcohol consumed in Nigeria. They may not be dominating in non-alcoholic beverages, but their industry standards are worth writing about. Having exhausted all my thoughts by listing Nigerian breweries and their products, feel free to contribute your thoughts on this subject in the comment section.